A Brazilian shift is underway

On 29 July, Brazil's Petrobras announced that it would be selling its 66% operated stake in the BM-S-8 license in the Santos Basin to Statoil for US$2.5 billion. Petrobras's decision to sell its operated stake in Carcará marks the first time that the NOC has ceded operatorship of a Santos Basin pre-salt asset to a foreign company. Petrobras's Carcará sale is part of a broader shift in Brazil's approach to foreign upstream investors. Over the past year, IHS Markit has been signaling that the crisis affecting Brazil's upstream industry would result in a course correction and associated upstream opportunities for foreign investors through multiple pathways. This course correction is beginning to unfold in earnest.

The asset sale is especially noteworthy due to Carcará's large recoverable resource volumes, which Statoil estimates are in the 700-1,300 million boe range. The BM-S-8 license includes a large part of the Carcará pre-salt discovery, although a significant portion of the discovery likely extends outside the BM-S-8 block and may be auctioned in a competitive bid round next year. The discovery is in its final exploration phase. Petrobras was awarded the BM-S-8 license in 2000 via Brazil's second upstream licensing round. 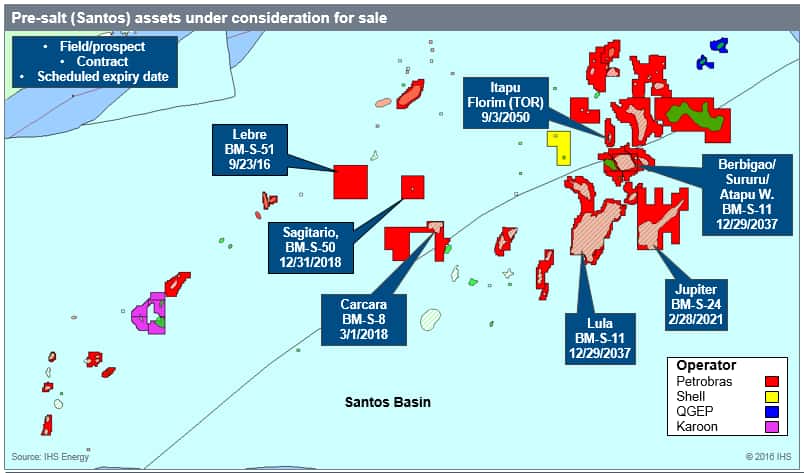 Petrobras's willingness to sell an operated position in such a high-quality asset reflects its need to generate cash to pay down US$126 billion in total debt and to maintain planned investments. IHS Markit analysis suggests that Petrobras will maintain a negative net cash flow position through 2020 largely due to escalating debt service. This situation will compel Petrobras to pursue additional sales of assets that it deems to be non-core to its portfolio.

President Dilma Rousseff's temporary removal from power in May has resulted in an interim government led by Brazil's former vice president, Michel Temer. Mr. Temer has moved quickly to implement changes in the energy sector since taking office. He has appointed a new energy minister and replaced the CEO of Petrobras, among other personnel changes. He has also signaled a desire for the lower house of Congress to fast track the passage of a bill (already approved by the Senate) to make Petrobras's operatorship and minimum 30% stake in new pre-salt blocks optional, rather than mandatory. Top Temer administration officials have also expressed support for greater local content flexibility and more frequent licensing rounds. Petrobras's new CEO, Pedro Parente, has moreover committed to continuing Petrobras's divestment process. 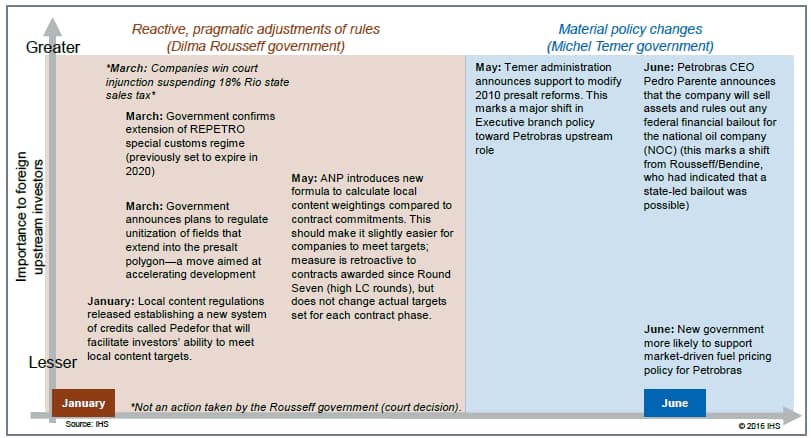 Upstream Opportunities on the Horizon

IHS Markit expects a renewed effort to hold pre-salt and non-pre-salt auctions under this government and under a newly elected government after the 2018 legislative and presidential elections. The authorities are currently planning a pre-salt bid round next year for areas that could be unitized adjacent to existing discoveries (including Carcará). In addition, there are sizeable prospects for asset sales. Petrobras holds high working interest positions in various large, undeveloped pre-salt discoveries where development decisions have yet to be made. Post-salt assets that are likely for sale by IOCs and domestic E&Ps may be under development or already in production, though earlier stage opportunities may emerge.

IHS Markit has identified a total of 17 assets/positions with an aggregate recoverable resource of about 10.4 billion bbls of oil which could be for sale:

Notwithstanding emerging opportunities, new entrants into the Brazil upstream will confront an array of above-ground risks. Environmental licensing, field unitization processes, and operational hurdles related to infrastructure capacity constraints and local content requirements will present challenges to profitability. Understanding these risks and benchmarking them against risks of other oil and gas provinces globally is essential in making a decision about entering Brazil. Developing risk mitigation strategies is moreover critical to achieving success post-entry. 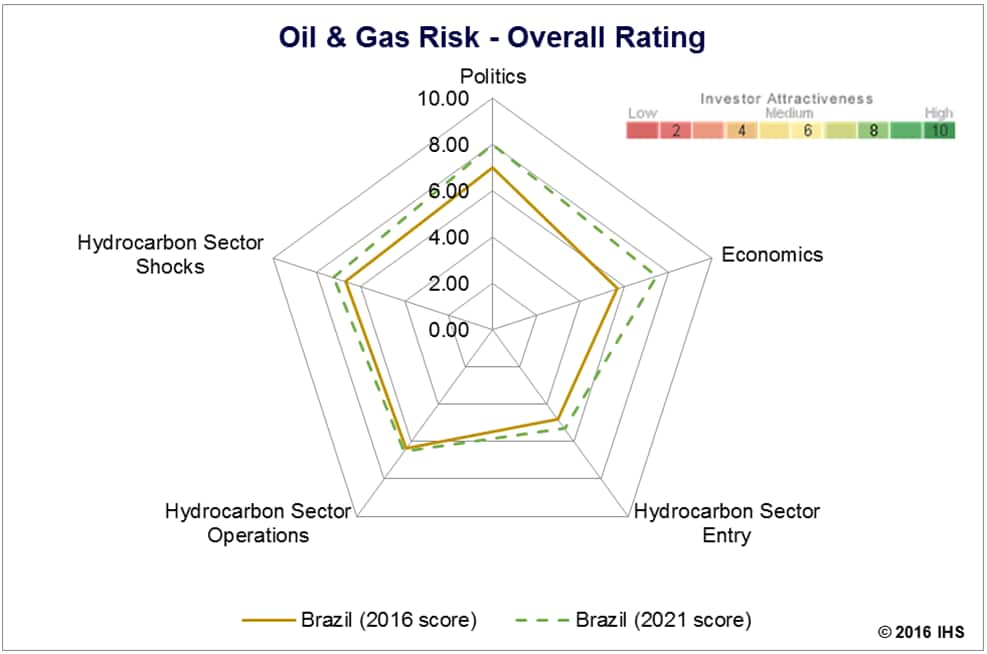 For IHS Markit analysis of anticipated changes to Brazil's investment conditions for foreign investors, the emerging pathways into the Brazil upstream, and E&P risks, contact us.

How much have miners reduced capacity to combat drop in demand and prices? Register for the upcoming… https://t.co/ngm6dOUspE

#Offshore #oil discoveries could have a major impact on the economics in Guyana and Suriname. #IHSMarkit research a… https://t.co/wGhVyxiu0X

Understand how composition - or the sources - of emissions contribute to the total is critical as efforts to… https://t.co/JIs1p5XtgR

How can #technology help the #oilandgas industry find insights at the speed of thought? Our experts explore both th… https://t.co/a3srSYcJLU