US business activity growth accelerated markedly in February, according to the flash PMI™ surveys, suggesting the economy is growing at its fastest pace for over two years. Jobs growth remained buoyant but price pressures also moved sharply higher.

The headline IHS Markit Flash US Composite PMI jumped to 55.9 February, up from 53.8 in January and the highest reading since November 2015. 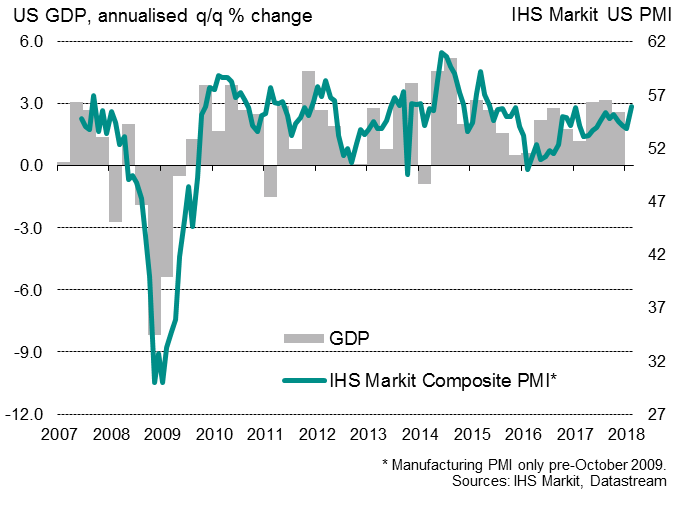 The manufacturing PMI pointed to the greatest improvement in factory business conditions since October 2014, buoyed by an upturn in order book growth. However, it was the service sector that drove much of the acceleration in growth in February, where business activity expanded at one of the strongest rates since early-2015.

The upbeat February PMI surveys are indicative of GDP rising at an annualised rate of 3.0%, up from 2.0% in January.

Looking at the survey sub-indices, even faster growth is signalled for the coming months. Measured across both sectors, February saw the largest influx of new orders for almost three years, while business expectations about the year ahead jumped to the highest since May 2015.

The mix of improved order book growth and optimism about the outlook encouraged firms to step up their hiring. The employment index from the two surveys indicated that payroll growth reached a two-and-a-half year high, running at a level which is historically indicative of official non-farm payroll growth of approximately 225,000. 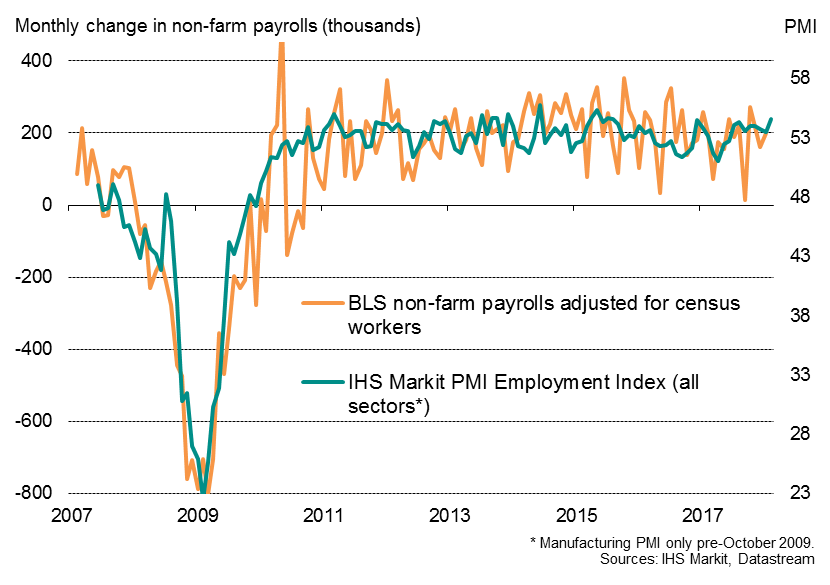 On the downside, price pressures intensified further. The February survey found input costs increased at the steepest rate for four-and-a-half years in the service sector, with a five-year high seen in manufacturing. 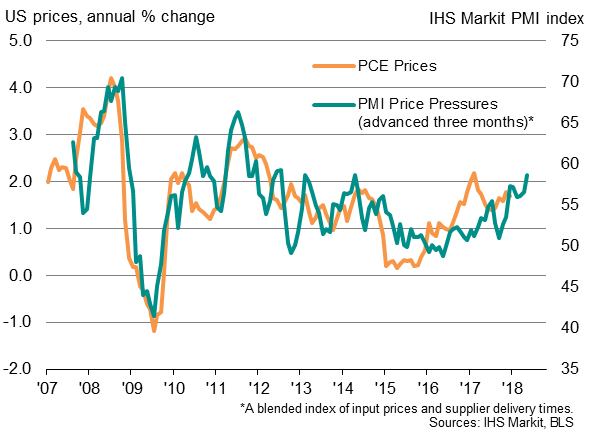 Inflation therefore looks set to accelerate alongside the upturn in the economy, as higher costs are passed on to consumers.

A PMI survey-based gauge of price pressures derived from data on input costs and capacity constraints hit a four-year high, highlighting a strong likelihood that personal consumer expenditure (PCE) price inflation, currently standing at 1.7% in December, will rise above 2% in the coming months. 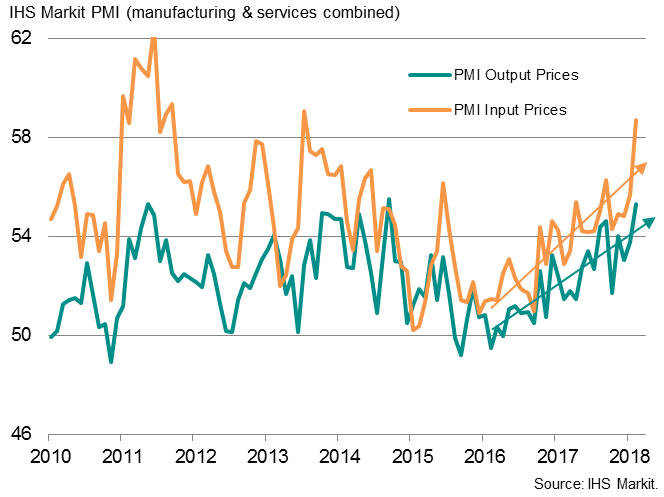