The winners of the 18th annual Jane’s ATC Awards were announced at a ceremony held during the World ATM Congress in Madrid, Spain on March 6. 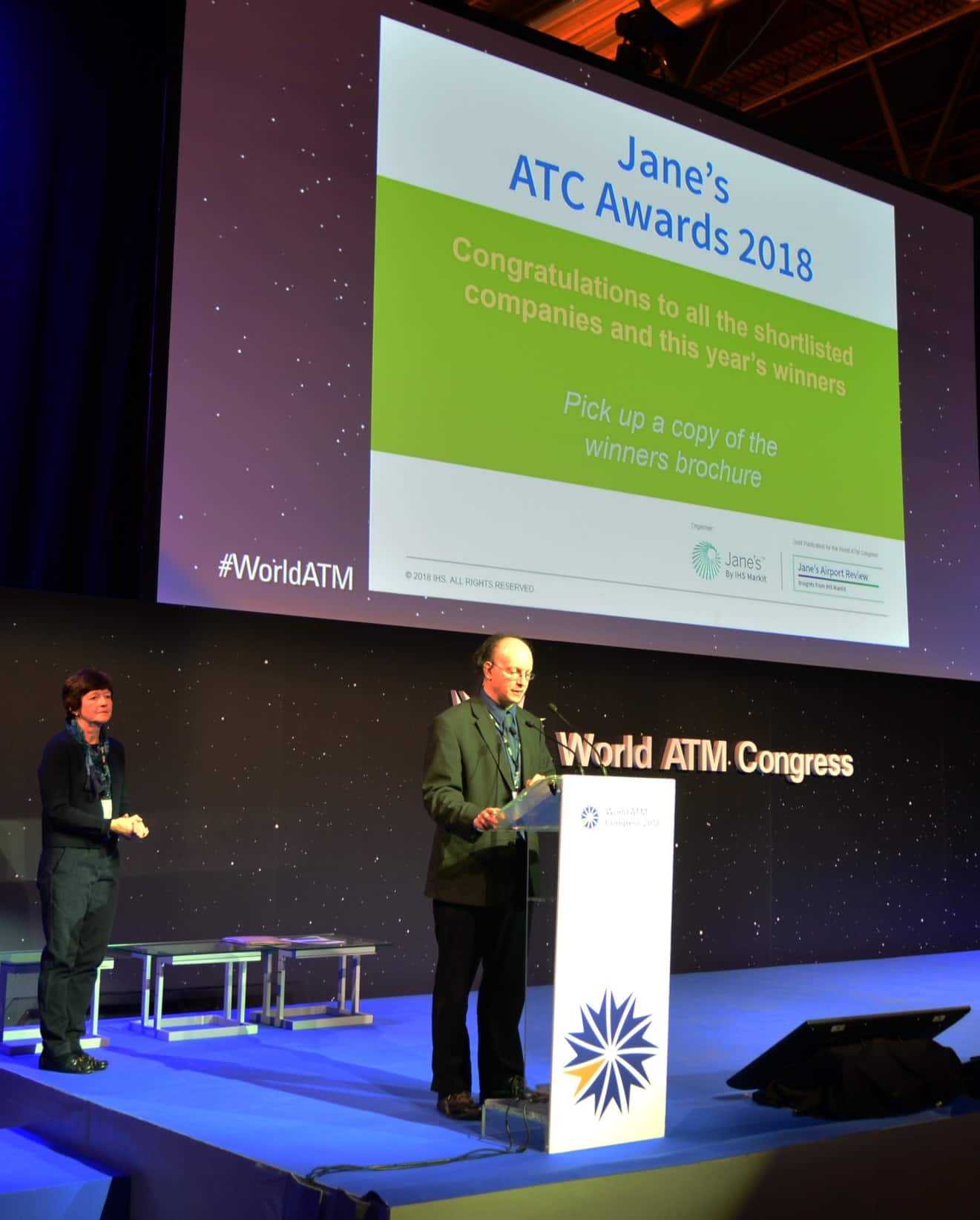 “It was our pleasure to host these awards for the 18th consecutive year and we thank the panel of judges for their continued support. As usual, it is no easy task to pick the winners, and all shortlisted organisations can be proud of the achievement,” said Ben Vogel, editor of Jane’s Airport Review. “We also thank CANSO and ATCA in helping us stage the ceremony.”

“The awards showcase the best the ATM community can do in terms of aiding flight efficiency, cutting emissions and improving safety,” Vogel said. This community depends on strong mutual cooperation and innovative solutions to deliver significant benefits for airspace users and, ultimately, the travelling public.”

The winners are summarised below, with honourable mentions for the shortlisted entries. 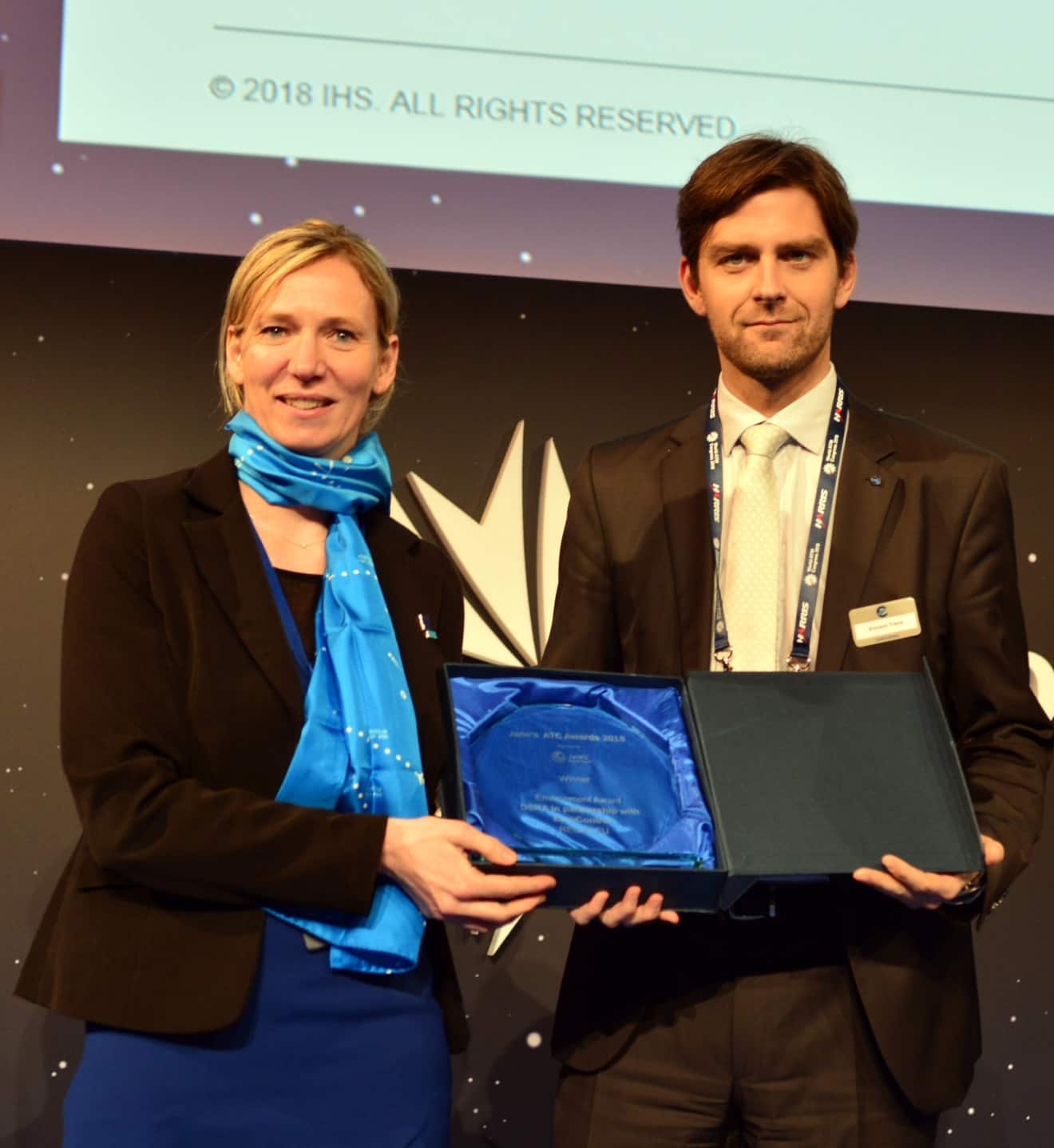 The airport authorities report no negative impact on controller workload, or any increase in the rate of wake encounter reports, while RECAT-EU improves flexibility especially in peak hours. DSNA claims that, after 18 months of RECAT-EU operations, the approach controller has fully optimised the available approach separation minima, with up to a reduction of 30 percent of spacing distances depending on the sequencing of aircraft. Next steps include implementation of time-based separation (TBS) at the two Paris airports. 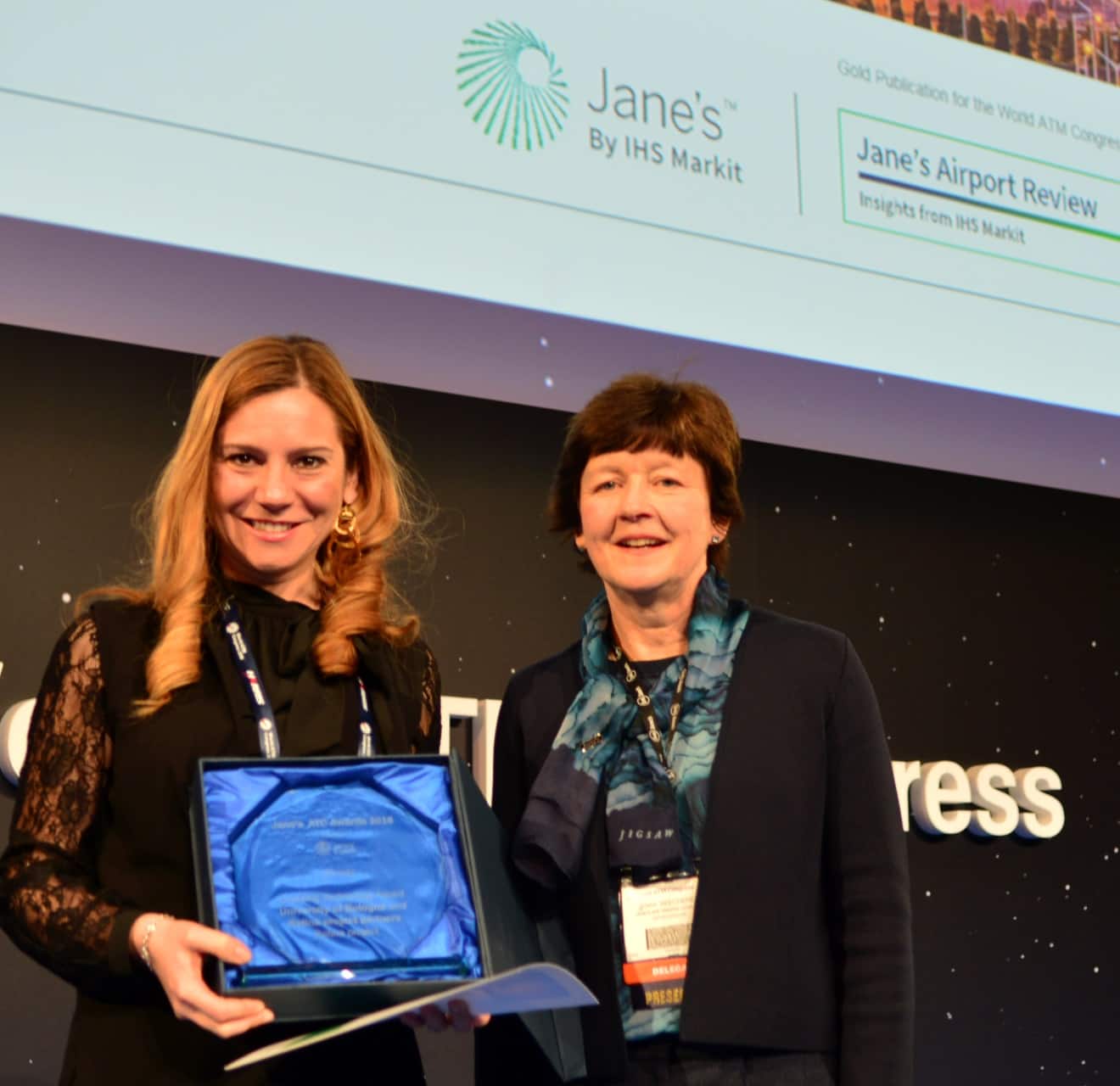 RETINA builds on technologies developed in SESAR such as remote towers, safety nets and SWIM, to provide augmented reality for tower controllers. In the 24-month project, the RETINA concept was developed, implemented and validated in human in-the-loop, real-time simulations, where an out-of-tower view was delivered in a semi-immersive virtual environment. These simulations confirmed multiple benefits for human performance (in terms of increased situational awareness and lower workload) and efficiency (with an enhanced capability for controllers to manage traffic in low-visibility conditions). 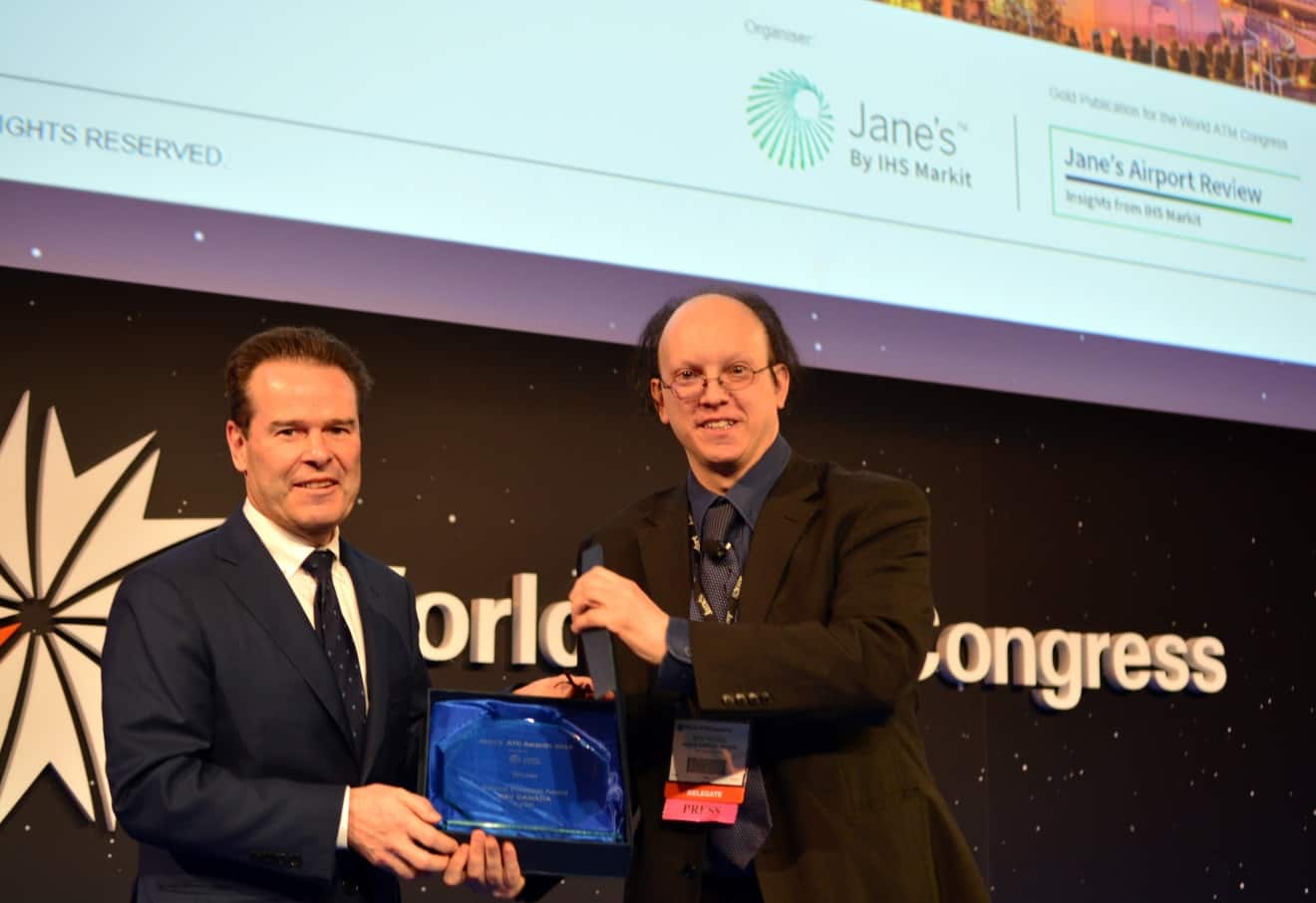 The Common Hardware Integration Platform (CHIP) for NAV CANADA uses a private computer and storage infrastructure as well as private networks, ensuring that the system is completely secure and can meet all end user requirements. The new platform enables most NAV CANADA ATM technology to make the transition into the private cloud.

CHIP is fully deployed; it has already demonstrated cost savings in terms of upgrades and infrastructure, in addition to safety and security benefits. For example, automation of preventive maintenance enabled NAV CANADA to cut staff workload by 10,855 hours in the first year of CHIP. 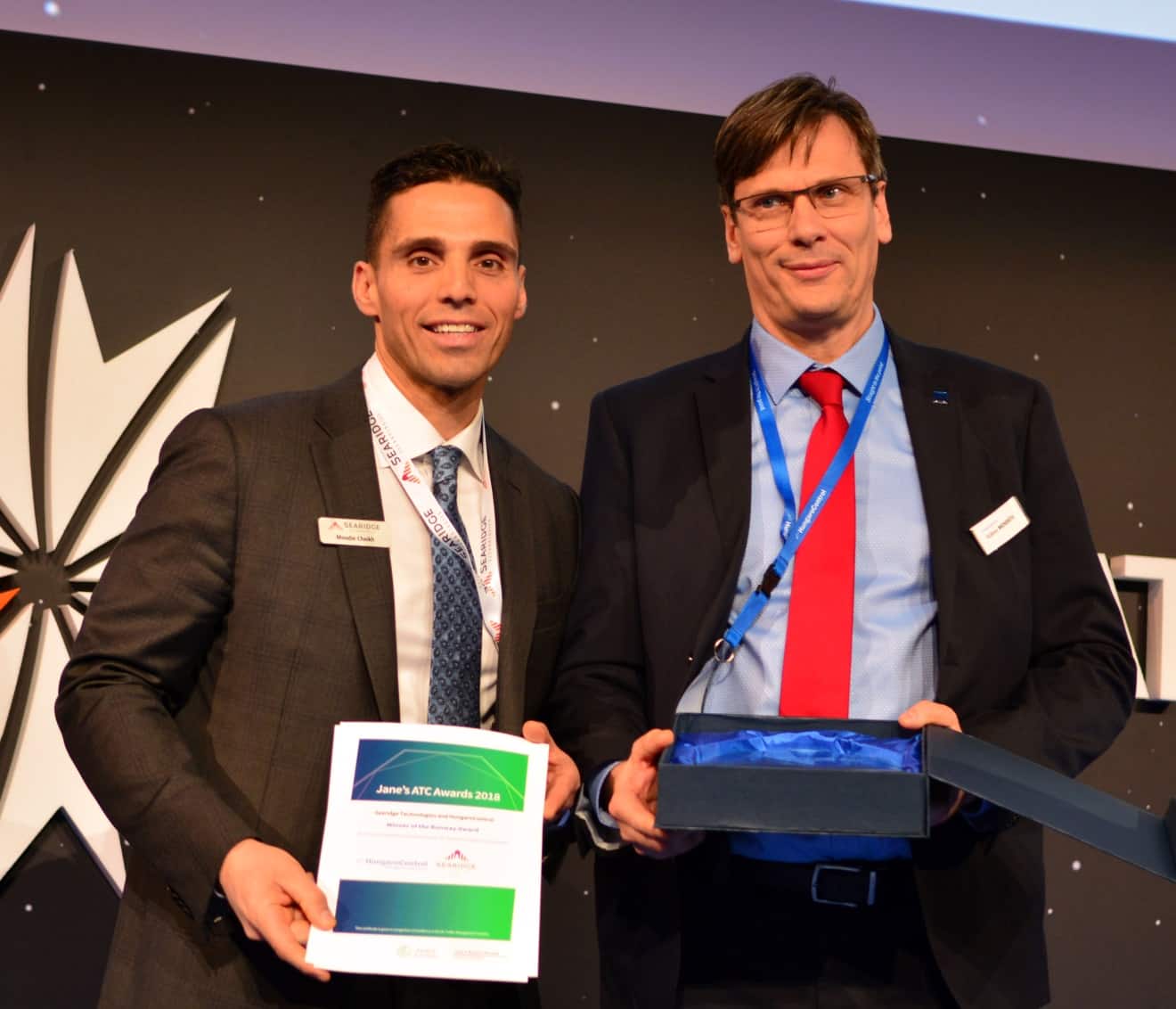 The Searidge remote tower solution for Budapest Ferenc Liszt International Airport was certified for live operations with HungaroControl in November 2017. The remote tower is the first of its kind to be approved for operations without capacity restrictions at a medium-sized airport. No shadow operations are needed from the existing air traffic control tower.

All tower controllers have been trained on the remote tower system, which is initially being used for contingency operations, live training and as a back-up system. By 2020, HungaroControl aims to operate a full-time remote tower at Budapest. 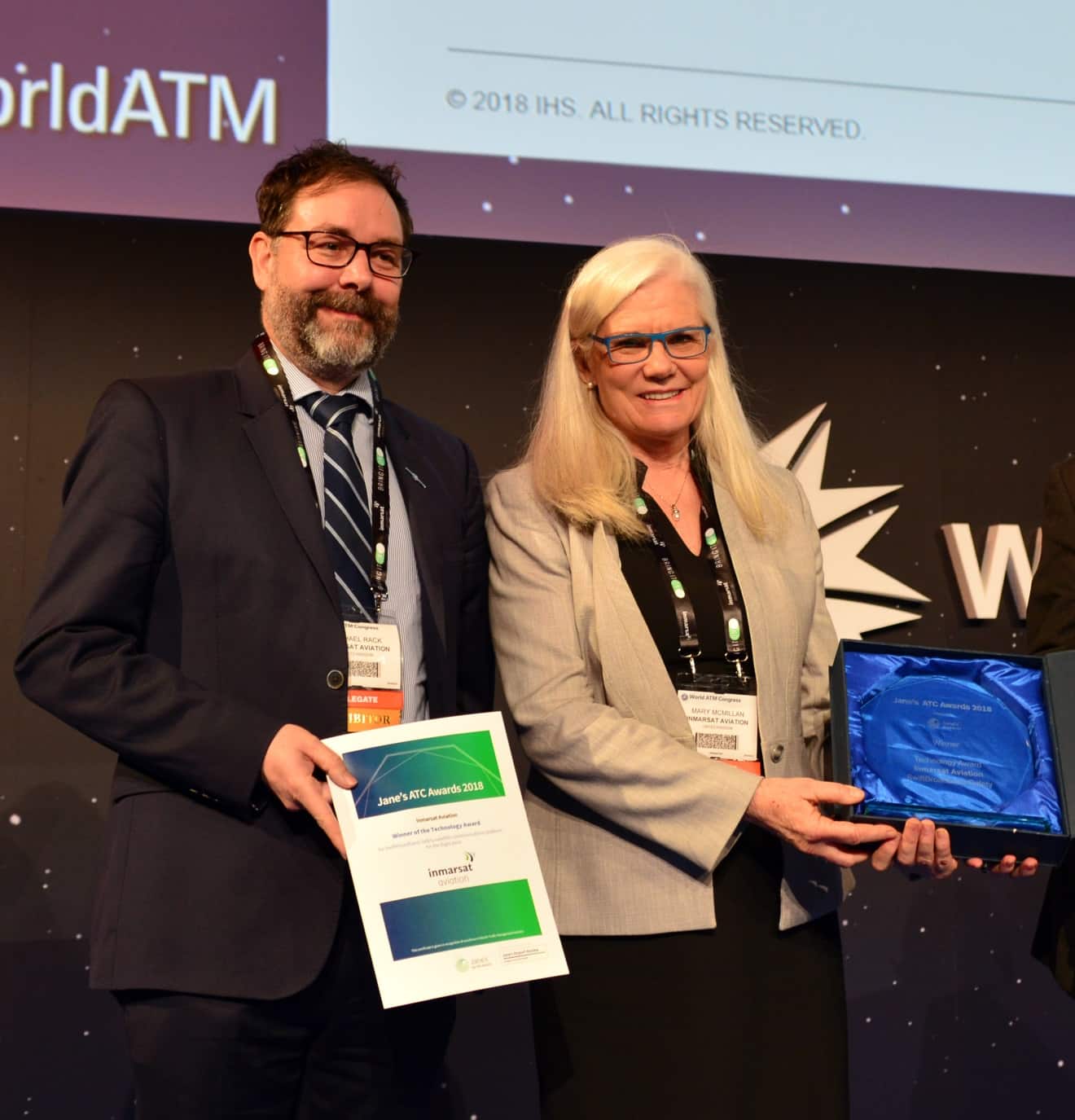 The SwiftBroadband-Safety (SB-S) satellite communications platform for the flight deck is designed to meet the needs of the modern flight deck, combining cutting-edge satellite technology with secure IP broadband connectivity.

After extensive evaluation and testing, SB-S was endorsed by the FAA Performance-based Aviation Rulemaking Committee, for delivery of aviation safety and operational services. SB-S is operational with three carriers: Hawaiian Airlines, United Airlines and Shenzhen Airlines.

It also feeds into the Iris air-ground communication system for ATM, which will enable 4D trajectory management via satellite for continental and oceanic airspace.

Held annually since 2001, the awards celebrated improvements in ATC and airspace management during the past year across five categories:

Technology: for small enterprises that have raised ATM performance;

Service Provision: for contribution to safe and efficient airspace management;

Runway: for safety and efficiency on the runway and final approach