Eurozone economy on course for best quarter for 12 years, despite February fall in PMI

February saw the eurozone’s growth spurt lose a little momentum, but the rate of expansion remains impressive, putting the region on course for its best quarter for almost 12 years.

The flash IHS Markit Eurozone PMI fell from 58.8 in January to 57.5 in February, its lowest for three months but still an historically high number. PMI readings for the first two months of the quarter generally provide a reliable guide to official GDP growth, and the recent numbers indicate that the eurozone economy is expanding at a quarterly rate of 0.9% in the opening quarter of 2018. That’s up from 0.6% in the fourth quarter of last year (an official estimate which PMI numbers suggest likely understates the growth momentum in the economy). 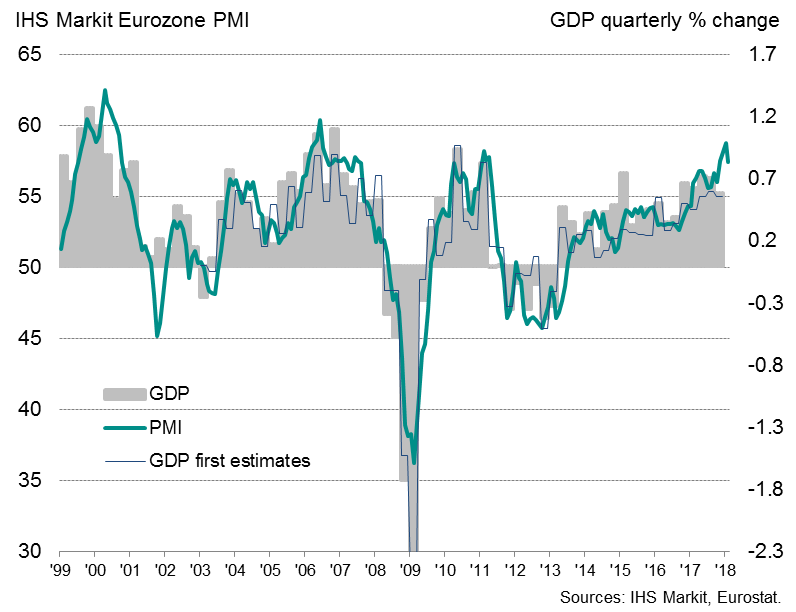 Growth also remains encouragingly broad-based. By sector, the services economy is enjoying its best growth spell for seven years and the manufacturing sector’s performance remains one of the strongest seen over the 20-year survey history, albeit with both sectors seeing growth cool slightly in February.

By country, latest PMI readings remained at levels indicative of strong growth in both Germany and France, close to recent seven-year highs. Business activity growth across the rest of the eurozone meanwhile registered the second-largest expansion in nearly 12 years.

Companies boosted staffing levels to one of the greatest extents seen over the past 17 years, underling the expansionary mood. Service sector jobs growth remained at the joint-highest in a decade. While manufacturing payroll growth dipped to a five-month low, recent months have seen 20-year record highs. 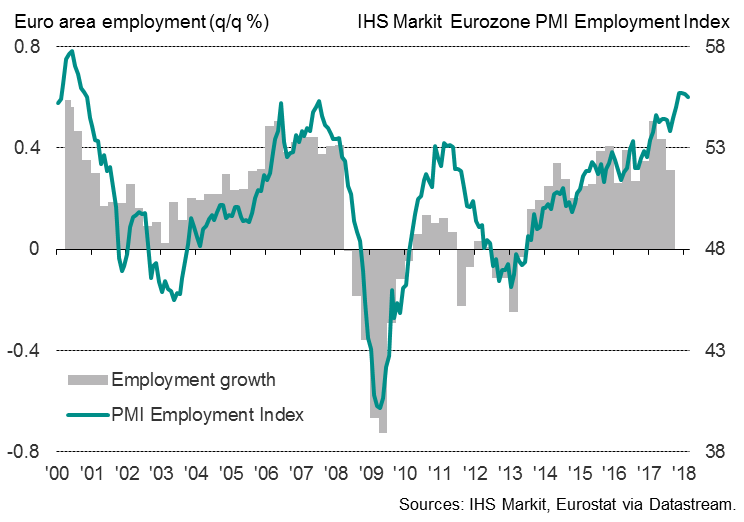 Price pressures meanwhile remained elevated, in part because stronger demand has enabled more firms to raise their selling prices. However, some comfort can be gleaned from a slight easing in the overall rate of inflation compared to January’s recent high.

Capacity constraints suggest, however, that pricing power sits in the hands of the seller, as demand outstrips supply for many products and services. The surveys also found mounting evidence of rising salary pressures in some countries. In Germany, where the labour markets have tightened especially markedly in recent months, price pressures are running at their highest in over 15 years, according to PMI indices. 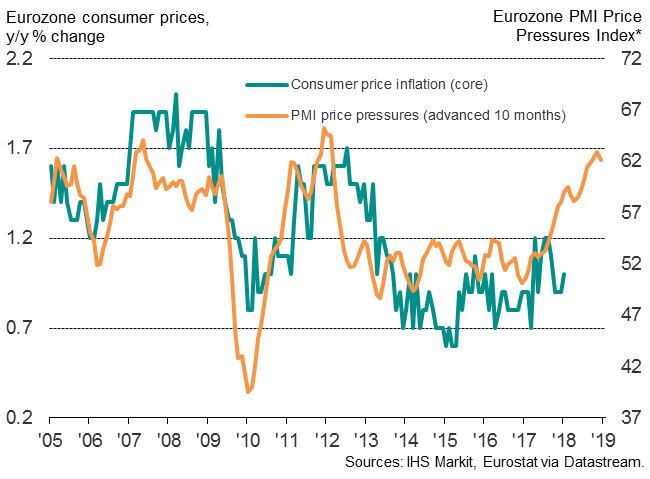 It remains to be seen if growth will continue to slow in coming months or if February’s PMI fall gets reversed. Anecdotal evidence from the survey provided few clues. While there’s a suggestion that higher prices and the stronger euro may be hurting growth of order books, any impact seems modest at best, over-whelmed by surging demand in many markets, especially euro area member states.

Moreover, a rise in business optimism about the year ahead to a joint-survey high bodes well, suggesting that companies are expecting the slowdown to be short-lived. Given the robust growth of order books and hiring, together with improved future optimism, any growth slowdown looks likely to be modest. 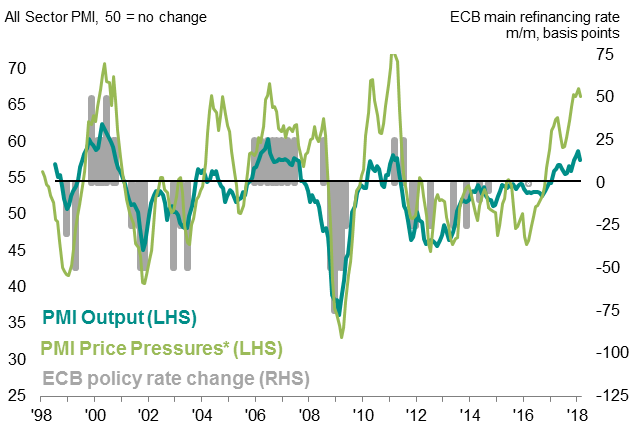