UK and US asset management firms' earnings are set to come under pressure with emerging market AUM withering as a continued market sell off has driven investors towards less risky assets.

In the last half of 2014, the world's largest emerging market economies witnessed the biggest absolute withdrawal of funds since the financial crisis.

Since April 2015, investors have continued to pull funds out of emerging markets as multiyear lows in energy and commodity markets persist on the back of weaker Chinese demand, decimating resource based economies and their currencies.

ETFs tracking emerging markets have seen $11.9bn of net outflows over the last 12 months, with the largest single month of outflows of $9bn occurring in August 2015. 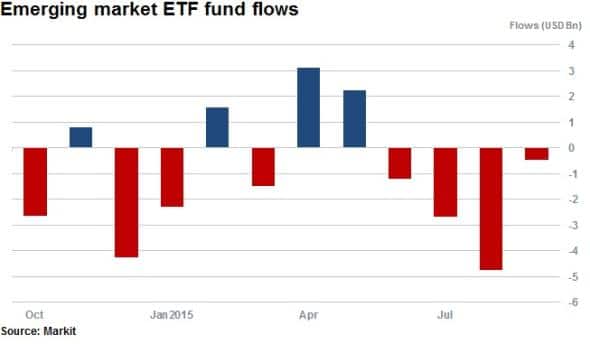 Top UK investment managers Aberdeen Asset Management and Ashmore Group have been the target of short sellers since April. Shorts sellers seemed to have profited from positions with significant declines in the share prices of both companies.

Aberdeen has suffered on multiple fronts from the effects of investors shifting funds away from emerging markets.

The company announced in a September trading update that "9.9bn of outflows from funds have been recorded as institutional investors continued to reduce exposure to Asia and emerging markets. Additionally, market performance and weakness in emerging market currency saw the firm's total AUM decline from "330bn to "307bn during this last quarter alone.

The decline in Aberdeen's AUM was preceded by its share price declining 42% after peaking in April 2014. Short sellers have continued their campaign and increased positions by 53% to 8.8% of shares outstanding on loan.

Ashmore has seen its shares fall 27% since the beginning of June while short interest has risen to 12.9% of shares outstanding on loan. Short sellers are also targeting the firm for its specific large fund exposure to emerging markets. 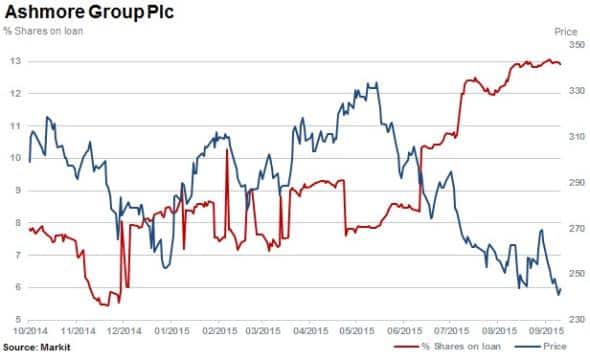 With significantly less relative exposure to emerging markets, the larger and more diversified Hargreaves Lansdown has seen shares rise 35% over the past 12 months.

However, the company has still attracted short sellers' interest, tracking the stock higher. This may be due to upcoming regulatory burdens which could impact the larger players more. Shares outstanding on loan have increased 85% over the same time to 5.3%. 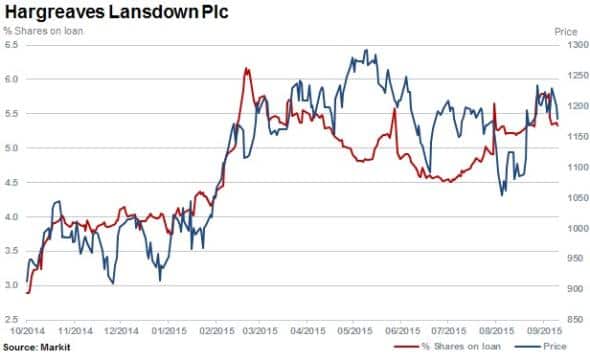 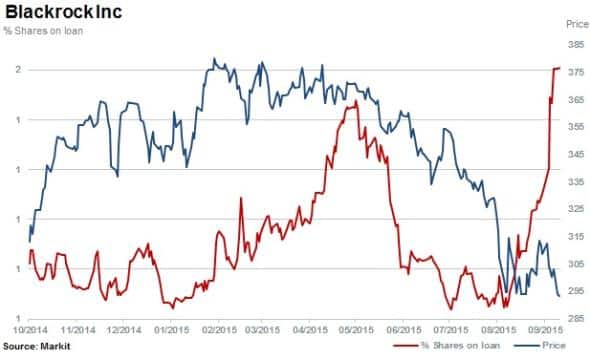 Average sector short interest across UK and US investment, asset and wealth managers has increased by a third over the past two years. 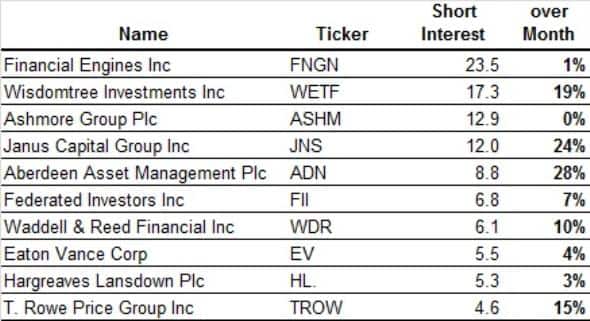 The most shorted among this group is independent US investment advisor and manager, Financial Engines, with 23.5% of shares outstanding on loan. The company's stock has fallen 31% over the last three months. 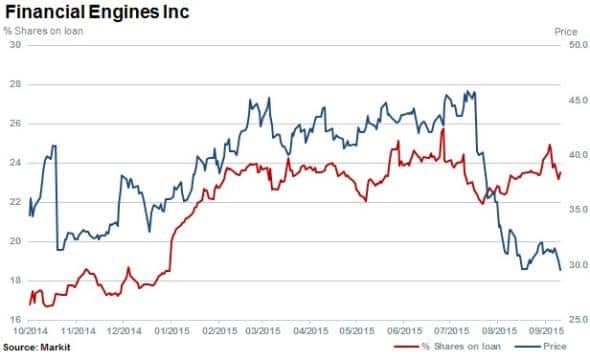