A review of how short sellers are positioning themselves ahead of earnings announcements in the coming week. 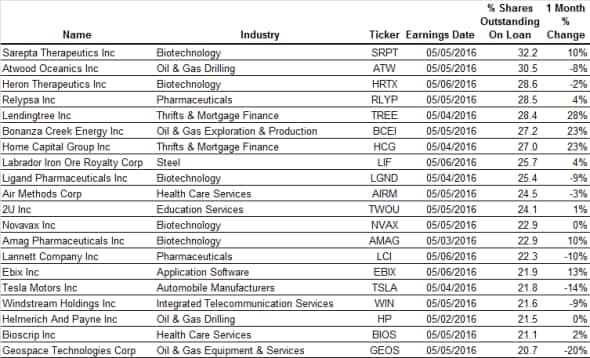 Most shorted ahead of earnings in North America this week is Sarepta Therapeutics with just under a third of its shares outstanding on loan. 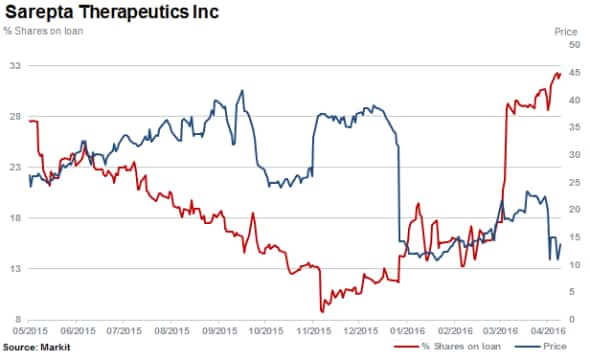 Short interest in the medical research and drug therapies firm has surged recently with shares spiking higher this week in reaction to reports the firm may secure approval for a muscular dystrophy treatment. Short sellers' demand however remains high with the cost to borrow increasing fourfold in the last few weeks.

Second most shorted ahead of earnings is Atwood Oceanics with 30% of its shares sold short. Shares in the offshore driller have plummeted 68% in the last 12 months but have in fact rallied 60% from lows reached earlier this year on the back of stronger oil prices. Short sellers, though, have only reduced their positions marginally. 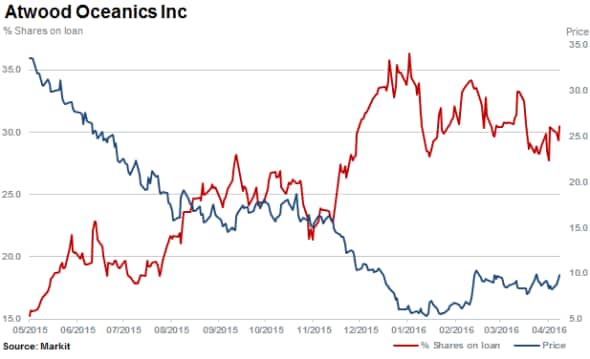 Lendingtree makes it into the top five most shorted stocks in North America this week after short interest has continued to aggressively climb higher in 2016. 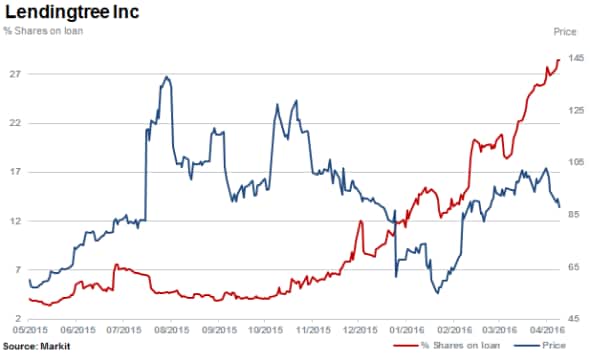 Shares in the online lender have rallied 90% since February 2016 but have lost 15% in the past few weeks. Shares outstanding on loan have surged higher reaching 28.4% currently. 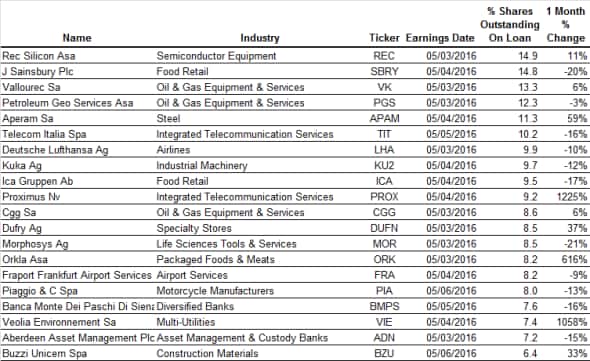 Most shorted ahead of earnings in Europe this week is Rec Silicon, a producer of silicon materials destined for renewable industries. The stock currently has 14.9% of shares outstanding on loan and gauging by the cost to borrow stock, short sellers' demand has steadily increased - in line with the recent rise in share price. 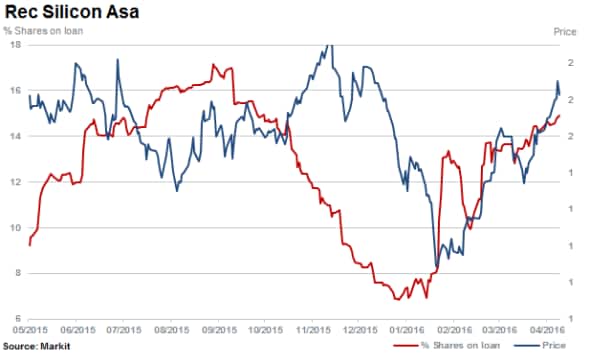 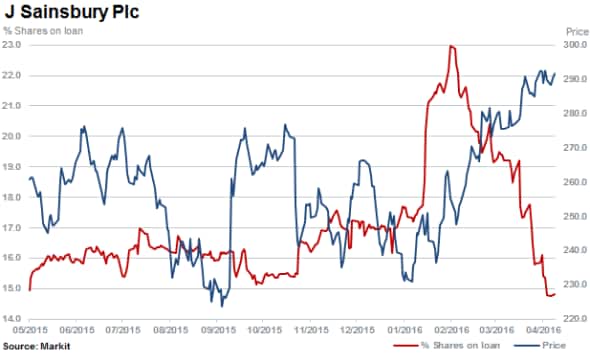 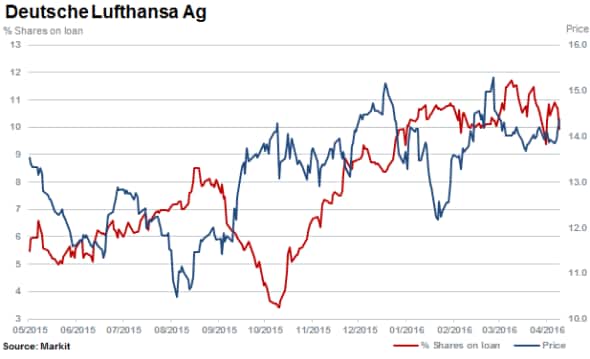 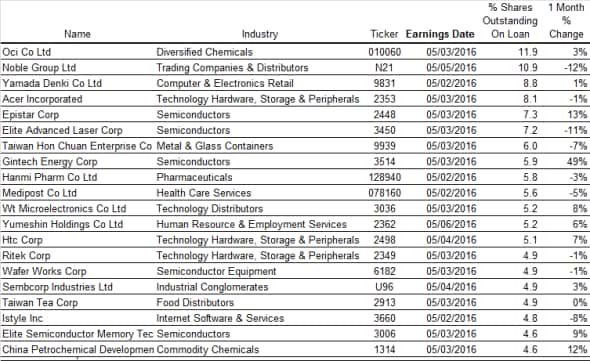 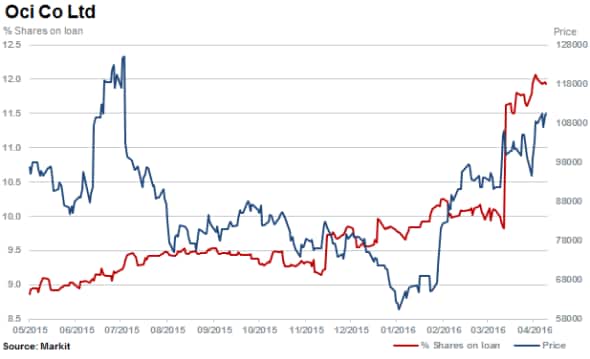 Short sellers have covered 27% positions in Noble Group as shares rally almost 50% on the back of rising oil prices. Inclusive of the recent rise, the commodities trader has seen shares lose half their value in the last 12 months as well as being a focused target of short activist Iceberg Research.

While shares in computer and hardware manufacturer Acer have plummeted over 40% over the past 12 months, short sellers have only marginally covered positions with short interest still hovering above 8% currently. 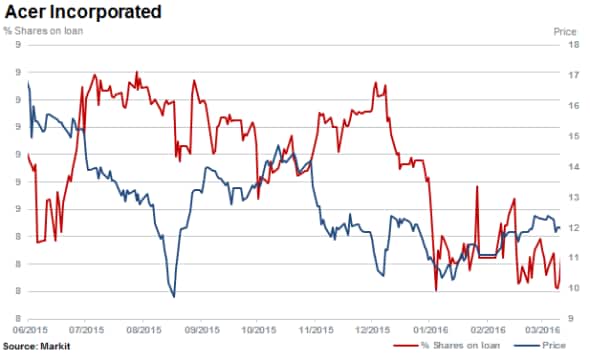