Participating in a broader European recovery since February, German blue chip stocks have faced a deluge of weaker economic data, indicating Europe's manufacturing hub is not quite firing on all cylinders.

The ECB continues to struggle to ignite economic growth across Europe with the region 'stuck in a slow growth rut,'according to Market PMI data released last week. The Markit Flash Eurozone PMI dipped in April, reaching a two month low while registering moderate growth in manufacturing and services. 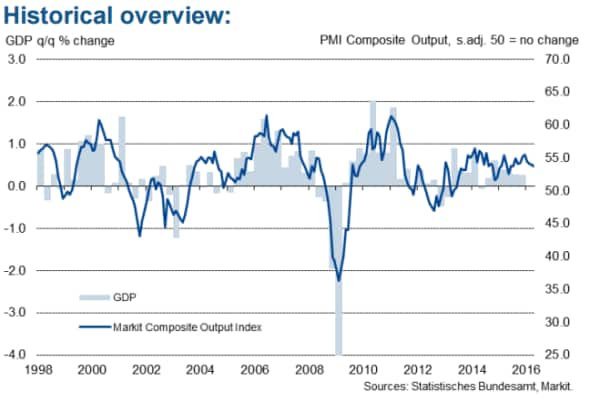 German manufacturers continue to struggle with output growth slowing further at the beginning of the second quarter of 2016. Growth in output according to Markit PMI data had improved compared to January levels however, input costs continued to fall as a result of raw material costs and exchange rate factors.

This could explain the more positive PMI signals coming from German exporters, with the strongest rise in new export orders recorded thus far this year and specific mention of growth emanating from China, Southern Europe and the US.

In the meantime however, local and foreign investors have withdrawn funds from German exposed ETFs with $2.1bn of net outflows recorded this year. Three consecutive months of outflows have been recorded totalling almost $3bn, the largest since December 2014. 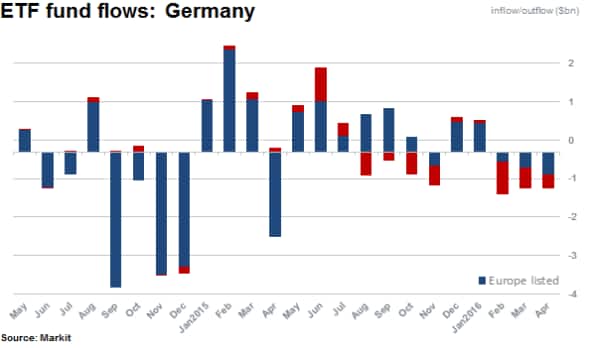 Shorts seem to be largely unconvinced by the recent rally in German blue chips with the DAX rising an impressive 19% from February lows. However, looking at the average short interest across the Stoxx 600, this seems to be a wider trend in Europe. 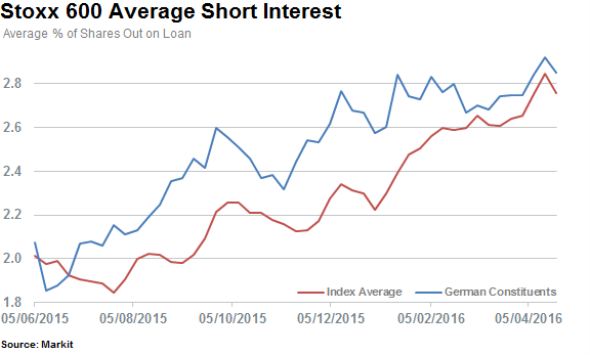 German constituents in the Stoxx 600 are marginally more short sold than the broader index with the current average rising to 2.8%.. In fact German firm Wirecard is the most shorted stock across the Stoxx 600 with 24.5% of shares outstanding on loan. 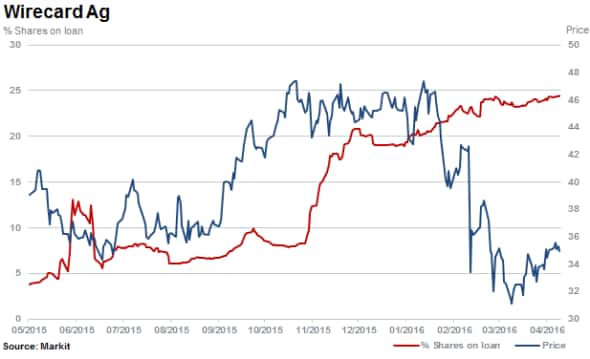 Wirecard has been the target of an activist short campaign from Zatarra Research and recently featured as the most shorted stock ahead of earnings in Europe.

The most shorted stock currently among Germany's MDAX and DAX index constituents is Stroeer, with 14.8% of shares currently outstanding on loan. 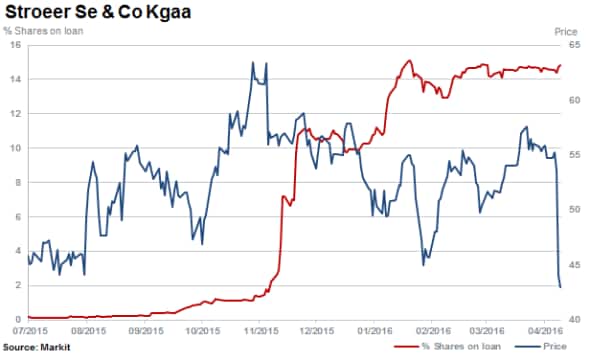 Shares plummeted in Stroeer last week after activist short seller Muddy Waters Capital reported that the advertising firm has overstated cash flows due to its accounting of acquisitions.

The largest German 'bluechip' by market cap attracting material levels of short interest currently is retailer Metro with 7.7% of shares outstanding on loan representing over $600m in value on loan. 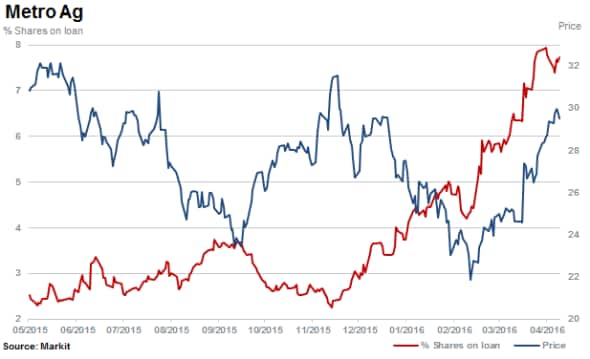 Short interest at Metro has surged 84% since February 25th along with the share price which has risen by a quarter after the retailer announced plans to split its business into separate food and consumer electronics businesses. Online German retailer Zolander joins Metro in the top ten most shorted stocks in Germany with 6.4% of shares outstanding on loan currently.

Short sellers have however, covered in the Kuka with 10.5% of shares outstanding on loan currently. Shares have rallied an impressive 34% since the end of January 2016. The provider of robotic automation equipment used on assembly lines recorded surging sales and earnings growth but shorts have covered almost a fifth of their positions. 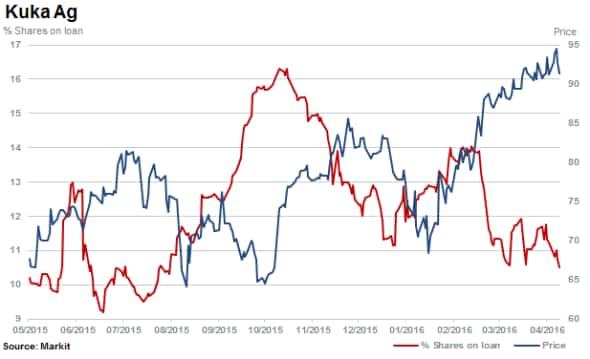 What does the increasing adoption of ESG metrics mean for data management functions? In an interview with A-Team Gr… https://t.co/SUVGFyQa6W