A shock result in yesterday's UK referendum has seen wild reaction in the credit market following Thursday's unexpected win for the "leave" camp. The market had clung to the hope that "stay" would prevail and today's wild swings in the pound and UK equities indicate both the unexpected nature and the level of uncertainty. 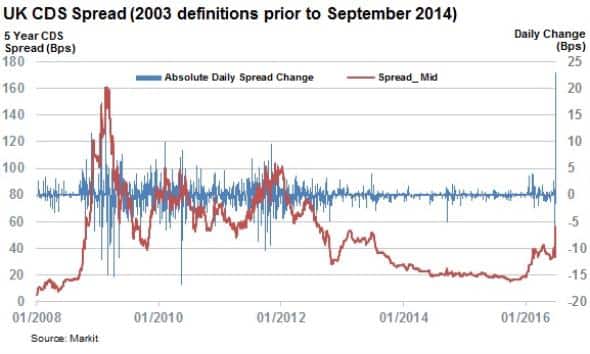 This only tells half the story however, as the UK's credit risk surged the most on record this morning according to Markit's CDS pricing service. UK 5-yr sovereign CDS spreads widened to 56bps on an intraday basis, up from 33bps last night.

Fears of contagion leading to further future fractures in the EU meant credit risk rose in a number of European sovereigns. France saw its 5-yr CDS spread widen 49%. Peripheral Europe, Italy and Spain seeing their 5-yr CDS spread widen 24% and 25%, respectively, overnight. Levels are at their widest since the European sovereign debt crisis in 2011. 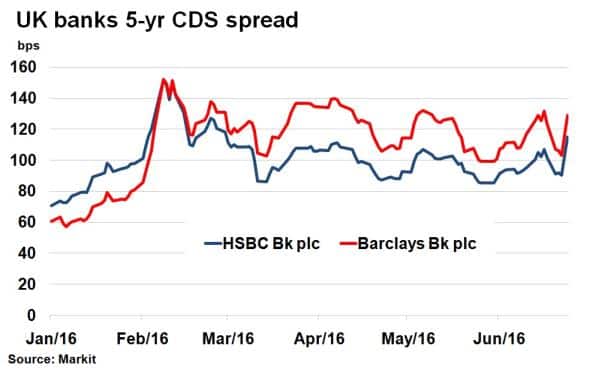 The cost to protect against UK banks also rose, with CDS spreads in HSBC and Barclays seeing sharp widening this morning. However, spreads are still lower than the highs seen in February, when Europe's banking sector saw intensified asset volatility.