A review of how short sellers are positioning themselves ahead of earnings announcements in the coming week.

Most shorted ahead of earnings this week in North America is Greenbrier Companies with 16.1% of shares currently outstanding on loan. Despite rallying by over a third in the last six months, the stock has fallen 41% in the past 52 weeks. Greenbrier manufactures railroad freight cars, equipment and marine barges. 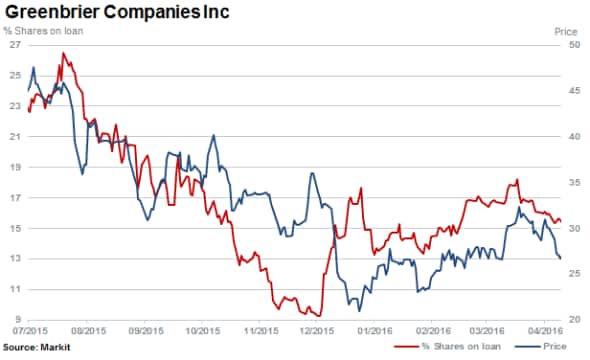 Greenbrier has been targeted by shorts due to its energy exposure despite reporting a strong 2015. The company recently announced an investment into a Brazilian based firm which manufactures castings and components for railcars.

Second most shorted ahead of earnings is Pier 1 imports with 13% of its shares outstanding on loan. While covering was seen across short positions in 2015, short sellers have once again been attracted to the furniture and d"cor retailer ahead of earnings. Short interest has jumped 70% higher since the beginning of June 2016. 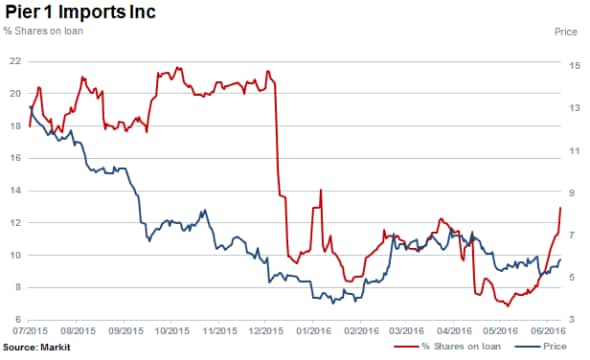 Third most shorted is asset manager AGF Management which currently has 7.5% of its shares outstanding on loan. Short sellers have covered over 50% of positions in the past nine months. 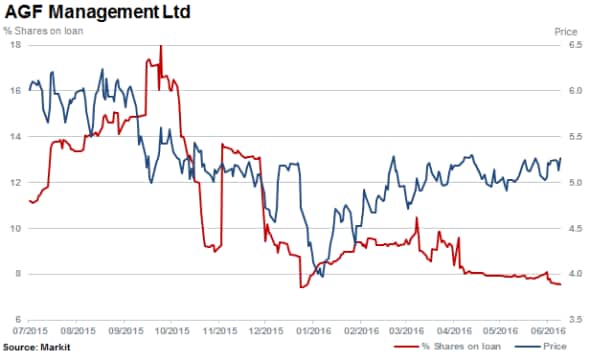 A quiet week in Europe on with companies short sold reporting earnings, the only company with material levels of short interest just so happens to be the most shorted stock across the FTSE 350 - Ocado. 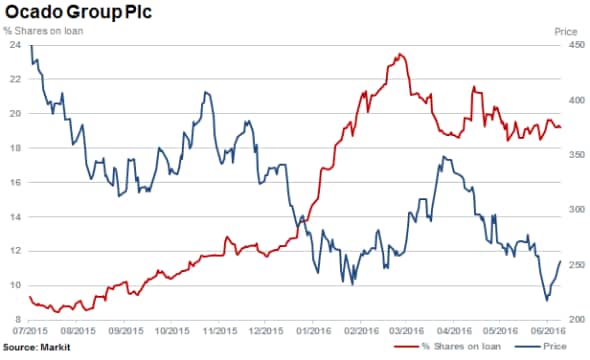 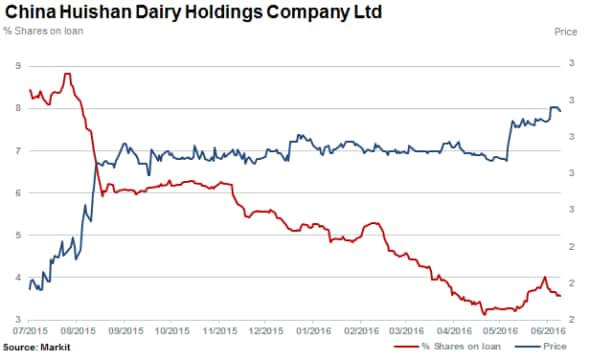 Most shorted ahead of earnings in Apac is China Huishan Dairy. Short sellers have continued to cover positions in the face of large stakes bought by company insiders. Close to half of short positions have been closed in the past twelve months, with the stock surging 77% higher. Shares of Ryohin Keikaku, the parent company of Japanese retail chain Muji has seen shares rally by a fifth since February 2016. This has seen short sellers increase positions by a third, with 2.6% of the company's shares currently outstanding on loan.