The pace of economic growth in the eurozone accelerated to the fastest so far this year in November. Rising order books meanwhile prompted firms to take on extra staff at the joint-fastest rate since early-2008, and prices charged inched higher, indicating that inflationary pressures are at their highest for over five years.

The preliminary 'flash' Markit Eurozone PMI, based on approximately 85% of final survey replies, rose to 54.1, up from 53.3 in October. The latest reading signalled the strongest monthly increase in output since last December.

The PMI readings so far for the fourth quarter point to GDP expanding 0.4%, led by a rebound in German growth to 0.5%. France is also seen to be enjoying its best spell since the start of the year, with the PMIs signalling GDP growth of 0.2-0.3% in the fourth quarter.

What was especially encouraging to see was the build-up of uncompleted orders, which showed the largest rise since May 2011. The survey showed increasing numbers of firms to be boosting capacity as a result of the order book backlog, leading to the joint-largest increase in employment seen this side of the global financial crisis.

Policymakers will also be pleased to see inflationary pressures are intensifying steadily. Average prices charged for good and services showed the biggest rise for over five years, albeit with the rate of increase being very modest. However, with indicators such as rising backlogs of work and longer supplier delivery times suggesting demand is exceeding supply, price pressures look set to intensify further in coming months.

Recent months have seen manufacturing supply chain delays rise to among the highest in five years. 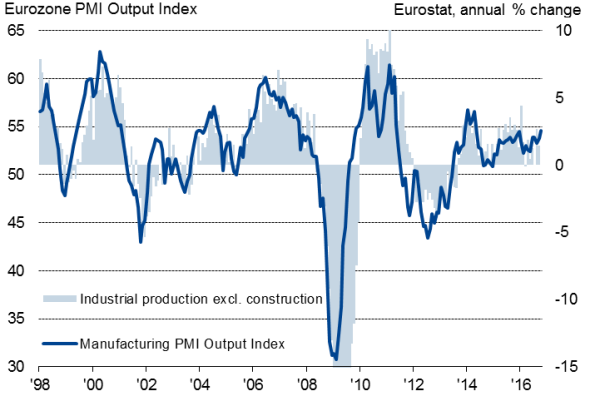 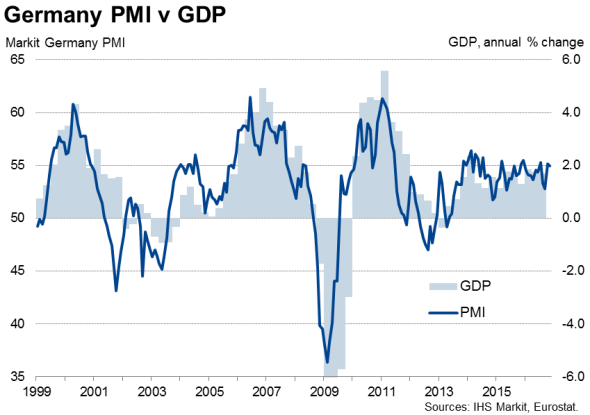 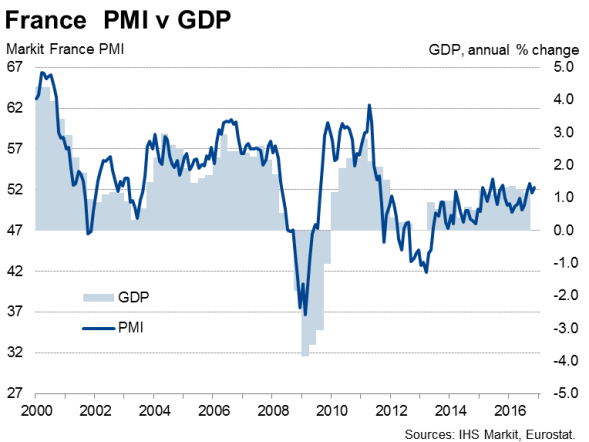