Japan's manufacturing sector expanded for the first time in seven months in September. While this suggests that industry is stabilising, ongoing inventory drawdown and persistent deflationary pressures indicate that business conditions remain fragile.

The Nikkei Flash Manufacturing PMI, compiled by Markit, rose for a fourth successive month, up from 49.5 in August to 50.3 in September. The latest reading is the highest since January.

Factory output rose modestly for a second successive month. The upturn reflected signs of stronger global demand and a further recovery from the impact of April's earthquakes. In particular, export orders moved into expansionary territory after seven months of decline. Weak global demand and the strong yen were widely reported to have dampened growth of Japanese manufacturing production in prior months, but rising export orders suggest that the trade drag has eased.

Improving export order books helped prompt manufacturers to ramp up their workforce numbers. The rise in employment was the strongest since May. 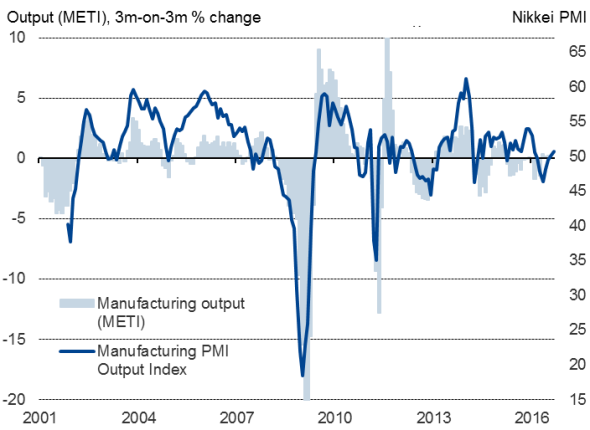 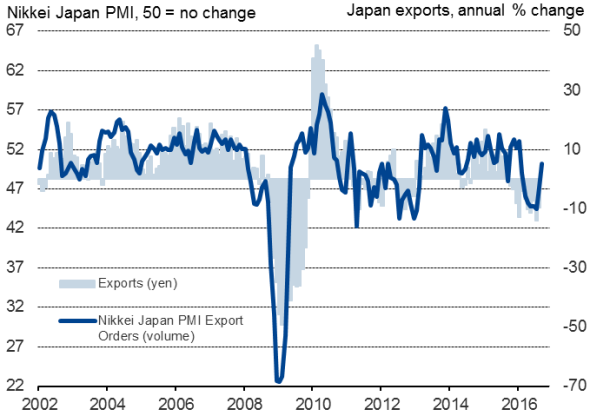 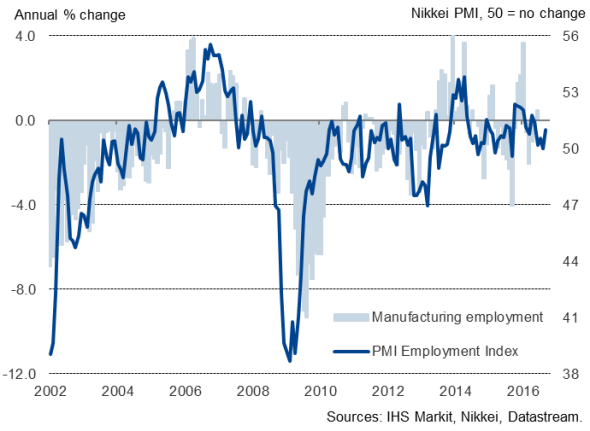 Despite the encouraging numbers, manufacturers remained cautious about growth prospects, in part due to an ongoing decline in domestic demand signalled by the survey sub-indices. Firms continued to deplete their inventories in an effort to cut costs, although the decline in manufacturers' stock of raw materials has reduced compared to earlier in the year.

The perennial problem of deflation remained difficult to dislodge. The appreciation of the yen reduced the price of imported goods, resulting in a sharper decline in average input costs. Average output prices continued to fall sharply on average, albeit at the slowest rate for three months. 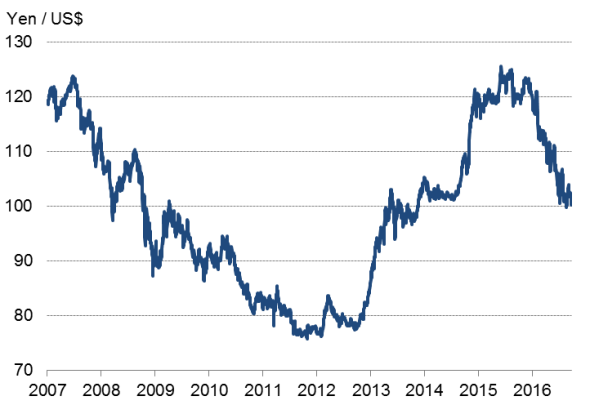 The bottom line from the flash survey results is that the manufacturing sector is stabilising after sliding into contraction earlier in the year, thanks partly to improved export orders. However, growth is modest at best, and domestic demand remains especially weak. Deflationary pressures emanating from weak demand in the home market are meanwhile being exacerbated by the yen's strength.

The lack of inflationary pressure indicated by the latest survey supports the central bank's urgency to raise inflation expectations. Disappointing growth of the Japanese economy saw the Bank of Japan recalibrating their monetary policy framework to enhance the effectiveness of current measures.

The Bank's pledge to overshoot the 2% inflation target under the new framework implies that accommodative monetary measures will stay in place for some time. However, it remains to be seen whether the latest adjustment will be successful in defeating deflation or boosting economic growth. 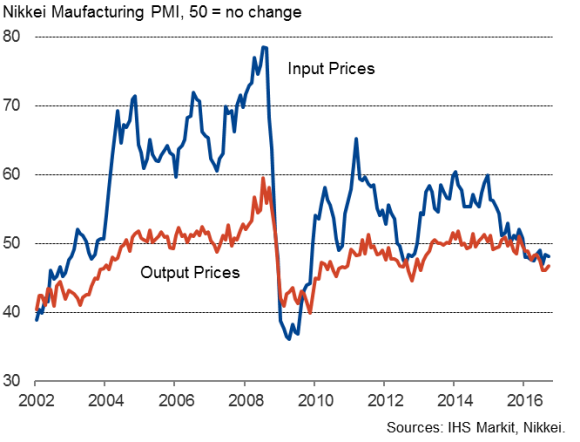