A slight deterioration of business conditions in June rounded off the worst quarter for just over two years for Japan's manufacturers. The Markit Japan Manufacturing PMI dipped below the 50.0 no-change level for the second time in three months in June, according to the preliminary 'flash' estimate which is based on approximately 85% of usual monthly replies. The index dropped to 49.9 from 50.9 in May, averaging 50.2 in the second quarter as a whole - its lowest since the first quarter of 2013.

Growth of production slowed to near-stagnation as new orders fell for the third time in four months, albeit declining only marginally.

The downturn in new orders reflected a deterioration in domestic demand, as there was better news in respect to export orders, which showed the largest monthly rise since February. 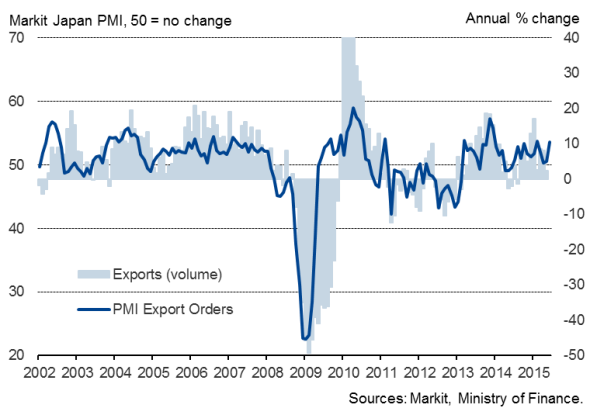 The upturn in overseas sales encouraged firms to take on extra staff again despite the lacklustre domestic market, with employment showing a further modest rise in June. However, the rate of job creation remained disappointingly modest as companies remained focused on cost cutting and boosting productivity. A fourth consecutive monthly fall in backlogs of work caused many firms to worry about the build-up of excess capacity.

Manufacturers' input costs rose at a faster rate than May, a month which saw the weakest rise in prices since December 2012. Stronger upward pressure on costs largely reflected higher oil prices. Prices charged by factories rose at the fastest rate since January as firms passed the higher costs on to customers.

However, although rising, price pressures remain weak. The survey data are broadly consistent with consumer price inflation running at approximately 0.5%, well below the government's 2.0% target.

The stagnant manufacturing sector and an ongoing lack of inflationary pressures are concerns for an economy where interest rates are already at zero and the central bank is engaged in a quantitative easing plan of unprecedented scale. The Bank of Japan's "80 trillion per annum asset purchases are designed to double the country's monetary base and bring inflation to 2% by mid-2016, but the weak PMI data clearly suggest that more policy action may yet be required to defeat deflation, with new tools needed to boost the economy. 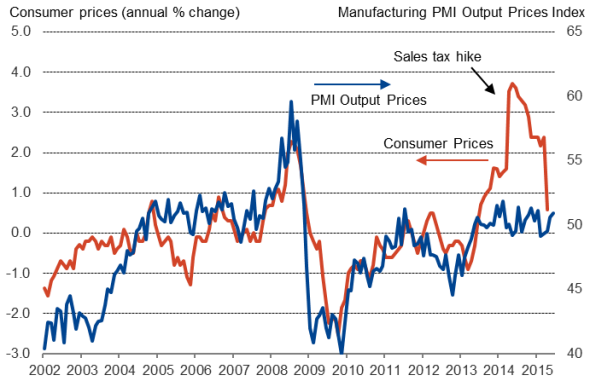 More reforms on the way

The focus is therefore increasingly moving to how more progress can be made in relation to the third of Prime Minister Abe's 'three arrows', looking at boosting the economy's growth rate through structural reforms alongside the other two arrows of expansionary monetary and fiscal policies. With doubts over the effectiveness of further monetary policy loosening, and fiscal policy constrained by Japan's huge public debt, Abe has plans for 2016-18 to be a period of "intensive reform". This includes planned reforms to Japan's universities in order to make them more competitive, and loosening Japan's tight immigration restrictions, notably towards IT and tourism workers. 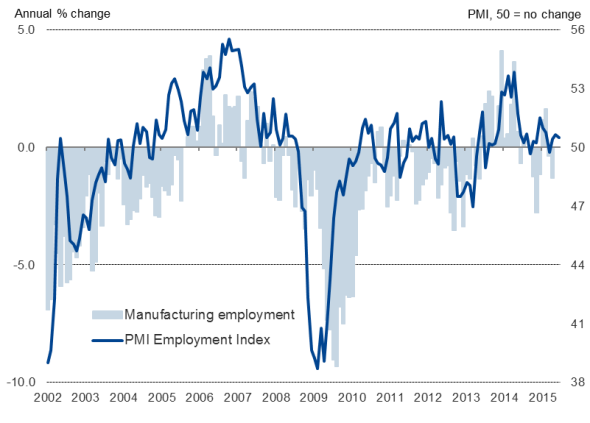