The flash PMI for China narrowly beat consensus expectations in June, but the headline number masked a worrying deterioration in employment.

At 49.6, the HSBC Manufacturing PMI, compiled by Markit, came in slightly ahead of expectations of hitting 49.4 (according to Bloomberg data). However, the latest reading still signalled a marginal contraction of the manufacturing economy for a fourth consecutive month, but the decline was the smallest since March, with the PMI having risen from 49.2 in May. 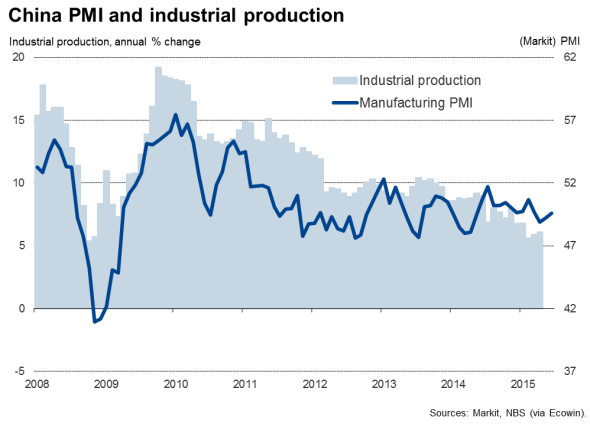 Output stabilised in June after falling slightly in May, and a marginal rise in new order inflows for the first time in four months provided a ray of hope that demand is stabilising.

Export orders were largely unchanged during the month, having registered the largest monthly decline for almost two years in May. Although only modest, the overall drop in exports signalled over the second quarter as a whole was the steepest since the third quarter of 2013. 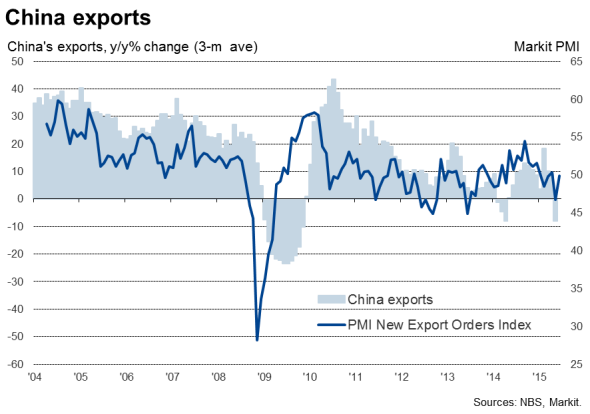 The survey also showed China's factories cutting employment at the fastest rate since February 2009. The increased rate of job losses reflected a lack of optimism with regard to future order books, causing increasing numbers of firms to cut costs and boost productivity.

The employment index is perhaps the one that should be watched most closely for those seeking a guide to policy. China's authorities have been relaxed about economic growth slowing in recent years, a moderation in growth which was to be expected as the economy transitions away from exports and a housing market boom, but are eager that slower growth does not lead to a sharp rise in unemployment. The labour market downturn will therefore add to the likelihood of the authorities being persuaded to take more action to stem the wider current economic slowdown. 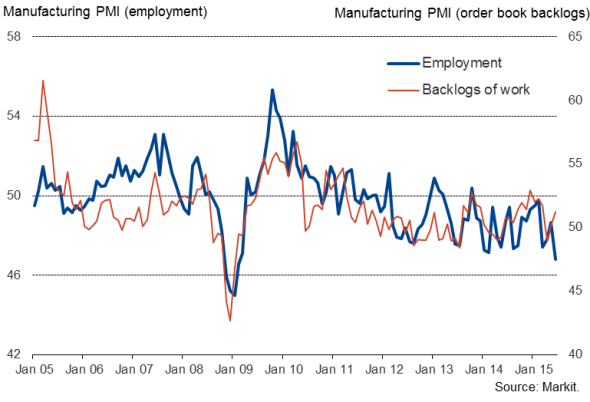 Factory gate prices fell at a slightly faster rate than in May as firms often reported the need to compete on price to win new business. Input costs meanwhile continue to fall, but the rate of decline eased to the weakest since last August, pointing to fewer deflationary pressures in the manufacturing supply chain.

The average reading of the headline HSBC PMI in the second quarter, at 49.2, is the lowest since the first quarter of last year, and raises the possibility of economic growth having slowed further from the 7.0% annual pace seen in the first three months of the year. As such, the government looks set to struggle to meet its target of the economy expanding 7% in 2015 - which itself would be the weakest growth seen for a quarter of a century.

However, a fuller picture of the economy in the second quarter will only become available with the publication of June's services PMI results on 3rd July. May's survey had indicated the fastest rate of growth of business activity for eight months. The upturn in the services PMI in part reflected rising domestic demand, bringing some encouraging signs for near-term growth of the domestic economy. New orders for services - which acts as a useful advance indicator of retail sales - grew at the fastest rate for three years in May, suggesting retail sales growth should pick up further in coming months.