The European central bank finally came out with its widely anticipated quantitative easing program, which was received well by the market.

The need for further stimulus

Feeble growth, high unemployment and government debt crisis; the Eurozone has been through many ups and downs since the financial crisis. But it is inflation, or lack thereof, which has finally tipped the European Central Bank (ECB) to follow other major central banks in adopting full scale Quantitative Easing (QE ) primarily through the purchasing of sovereign bonds within the currency bloc.

QE was arguably long overdue. With a mandate of price stability of around 2%, the ECB has missed its target for 23 consecutive months, with the latest HICP euro area inflation figure signalling deflation (-0.2%).

The market also priced this low inflation period further forward as the 5 year breakeven inflation rate, as measured by European inflation adjusted bonds, was 0.44% ahead of the recent ECB action.

Yesterday’ ECB announcement will see the central bank purchase investment grade sovereign and agency securities, along with existing ABS and covered bonds from March. The program will run at EUR 60bn per month until September of next year and will see the ECB’s balance sheet increase by over EUR 1.1trn. Investment and spending should be stimulated and, as the Euro collapses, the region’s exports will become more competitive.

Markets have long been expecting some sort of QE. This was evident in Southern European bond yields which tightened to new lows in recent days. 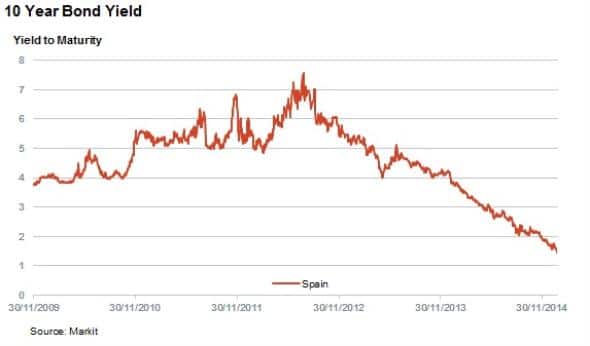 Speculation on Wednesday ahead of the ECB announcement, which suggested purchases of 50Bn EUR per month saw credit and equity markets move in motion.

The German 10 year bund yields spiked 3.5bps to a high as 0.51% just before the announcement. The larger than expected announcement of EUR 60bn per month sent these yields back down sharply with the Bunds reversing their recent widening and 10yr yields falling 10bps. 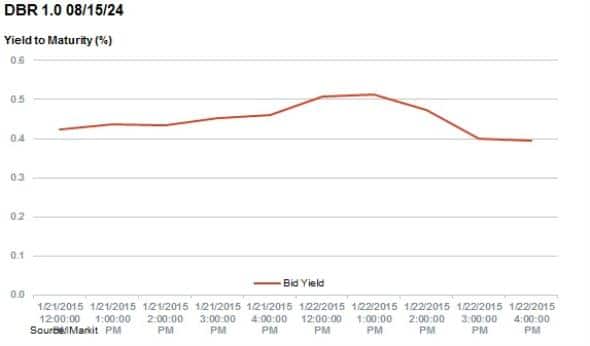 In other markets, the Euro fell significantly against the dollar and equities rallied.

Credit investors also reacted positively as CDS spreads tightened, especially in the European banking sector which saw across the board short covering. 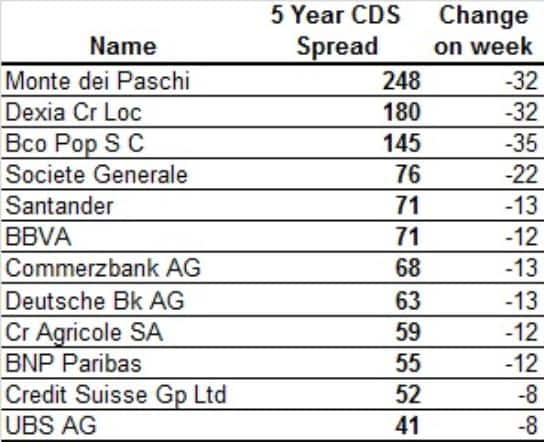 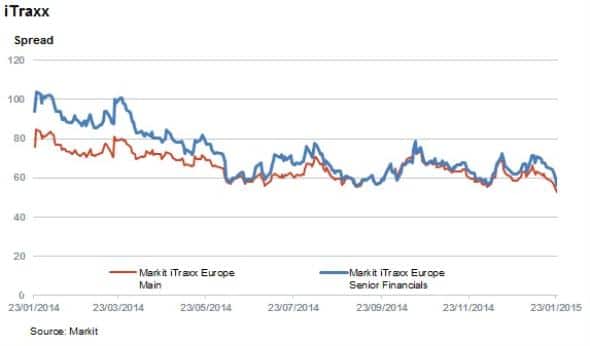 Parallels from the east?

So what will be the eventual outcome from this whole saga? This bold announcement gives a clear indication that The ECB will do whatever it takes to induce inflation, kick start growth and stimulate job creation. But the reality is no one really knows if EUR 60bn will be enough or whether QE will work in Europe, as it did in the UK and US.

An over reliance on the banking sector means that low bond yields will lack impact if banks are not willing to lend, and thus the spill over effects will not be realised. 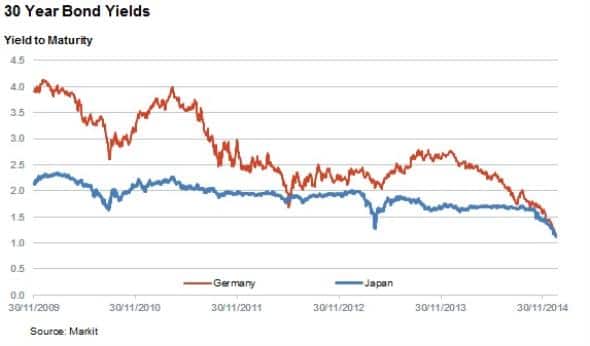 The Eurozone clearly wants to avoid the path of Japan at the turn of the centrury, where deflation and slow growth stagnated the economy. A glance at 30 year bond yields, the part of the term structure most sensitive to inflation expectations, shows Japanese and German bond yields converging. Japan in recent years has seen more promising signs, as prime minister Abe unleashed his ‘three arrows’ of fiscal stimulus, monetary easing and structural reforms.

Unfortunately, Mr Draghi only has one arrow in his quiver. Should Europe need more than just monetary intervention, the Eurozone’s structure makes it much harder to summon up the political consensus needed to line up the other two. The markets have widely anticipated and responded positively to the ECB’s action. This might just allow time for the region’s politicians to reach some form of consensus - without which Europe could face its own ‘lost decade’.