As more companies start to report earnings as the year gets underway, there are a host of US companies with significant levels of short interest. In total there are 29 companies with more than 10% of shares outstanding out on loan ahead of earnings. 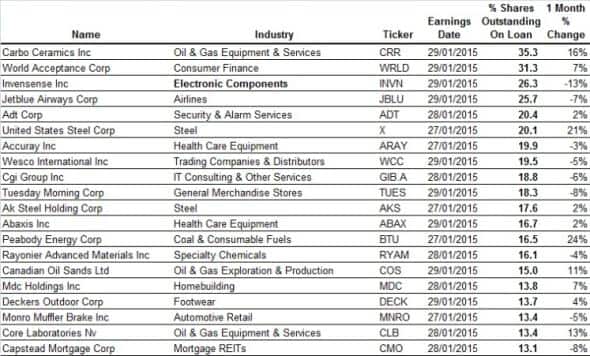 Most shorted this week ahead of earnings is synthetic proppants supplier (small sand-like particles) to the fracking industry, Carbo Ceramics. Short sellers in have continued to increase their positions, with shares outstanding on loan rising by 78% since the end of October while the share price has decreased by 28%. Impacted by the lowest oil prices in six years, the oil industry and companies that support oil operations are now dealing with confirmed cuts in capital expenditure as capacity is brought off line. These capacity cuts are largely concentrated within high cost producers but also affect the majors as they too have adjusted budgets and cut headcounts. Other oil related firms making the top 20 most shorted companies include Canadian Oil Sands and Core laboratories with 15% and 13.4% of shares outstanding on loan ahead of earnings respectively.

In third place, just shy of the top position occupied this time last year, is motion tracking company Invensense. Attracting increased short selling activity, which peaked in October 2014 at 36% compared to 26.3% of shares outstanding out on loan currently. 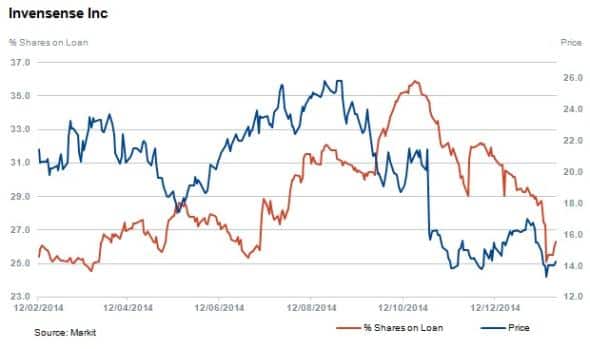 Short sellers cited increasing competition against the firm's products and limits to technology advancement as negative factors impacting the company's outlook. The stock is down 32% since October 2014.

It was an eventful past week for investors in Europe as details of the &#8364;1.1 trillion ECB quantitative easing programme were finally released. Ahead of posting earnings and a hotly contested Greek election, it is interesting to note how short sellers are positioned ahead of another impactful week. Most shorted, and also sending short sellers covering recently, is elevator and escalator provider Kone Oyj. Supplier to London's Shard, the Helsinki based firm installs and maintains elevators and has had a stellar past three months' performance. The share price has risen by 28% while shares outstanding on loan have decreased by 17%. Despite losing an EU court battle regarding collusion in October 2014 and now liable for a fine, the company continues to post solid results and develop new products. However analysts are mixed on the firm's short term outlook after the strong run, with a current hold consensus in the market. 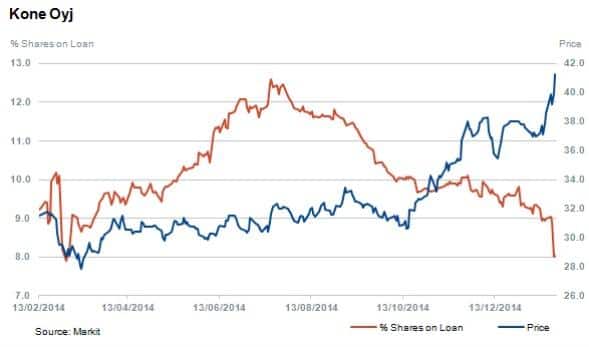 Seeing steady increases in short interest throughout last year in Europe is Banco De Sabadell with 5.9% of shares outstanding on loan. The Spanish based commercial bank has had a volatile year in terms of share price movements but is flat overall over the last 12 months. Short interest jumped by 252% ahead of the ECB's announcement on the January 22nd 2014. 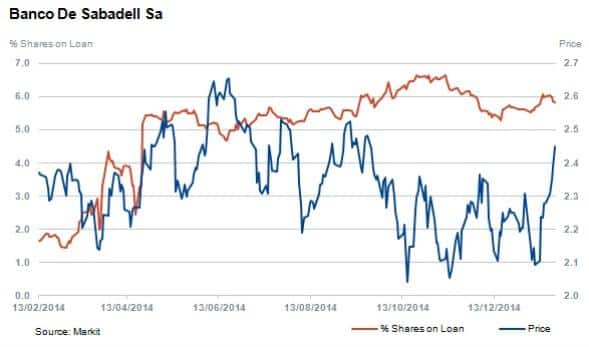 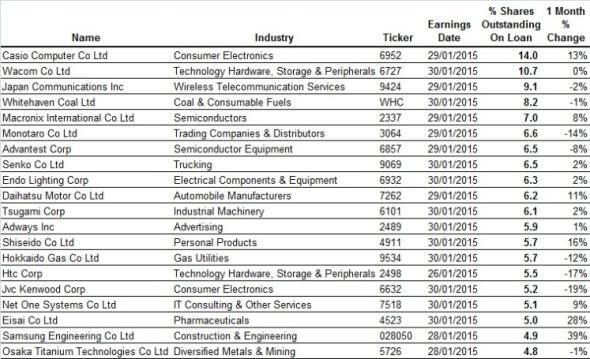 The top three most shorted stocks in APAC ahead of earnings are all technology based, and led by Casio Computers with 14% of shares outstanding on loan. Casio has attracted short sellers since the middle of June 2014 as its share price continued to rise; gaining 59% in just one year. 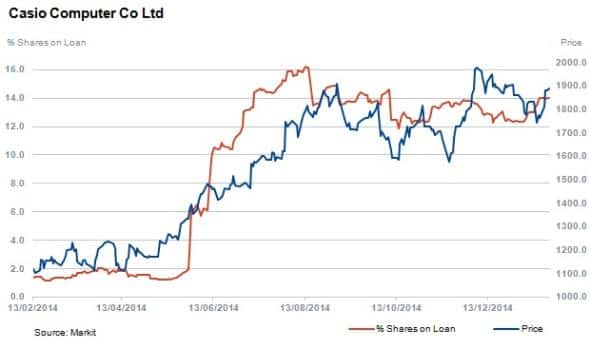 Wacom is the second most shorted and is the only other company with short interest in double digits, with 10.7% of shares outstanding on loan. The specialist hardware supplier of predominantly pen tablet based interface systems is facing increased competition as new players and new technologies enter the market. 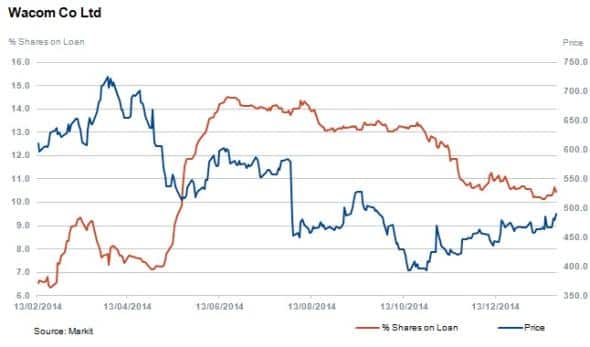 The most notable other mention in the top twenty is Samsung Engineering, as shares outstanding on loan have increased by 39% to hit 4.9% in the last month alone.