The Bank of Japan has kept the policy rate unchanged at -0.1% but modified the monetary policy framework. The central bank's re-calibration of policy comes amid signs of the pace of economic growth slowing and deflationary pressures mounting. 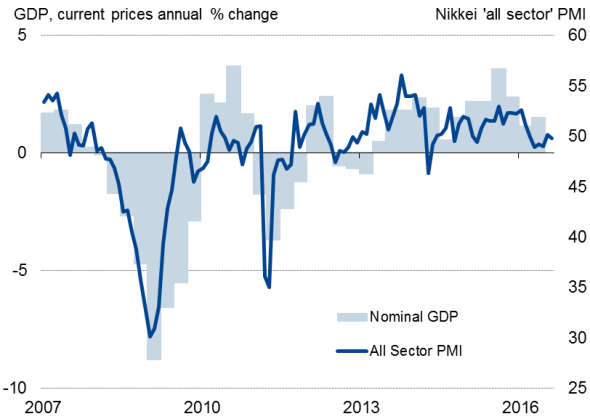 Among the changes made, a commitment to overshoot their 2% inflation target was one of the most interesting. Not only does it promote the idea that the BoJ is going to maintain loose policy for an extended period, the higher target is designed to help lift inflation expectations.

In the Bank's view, two of the main obstacles to achieving the price stability target of 2% are exogenous factors and subdued inflation expectations.

The first obstacle is mitigated by recent stability in oil prices and the postponement of the second consumption tax hike. The second obstacle, however, is what the BoJ plans to tackle in the new policy framework, and this is considered essential to reaching the inflation goal.

At the core is the 'QQE with yield curve control', where the Bank aims to strengthen two policy frameworks - the negative interest rate policy and the asset purchase programme.

But there is a concern that the absence of new ideas in the policy framework suggests that Japan's monetary policy is approaching its limits. Tellingly, possible options for additional easing outlined by the BoJ were not new measures.

However, while the changes in the policy framework are not so much of a policy shift than a rebranding exercise, there is still some significance. The new framework provides greater policy flexibility. For example, they have scrapped the hard monetary base target of "80 trillion a year, and allowed the pace of JGB purchases to fluctuate in the short term. This will likely reduce financial market speculation, as market volatility has affected price stability and pushed up the value of yen. 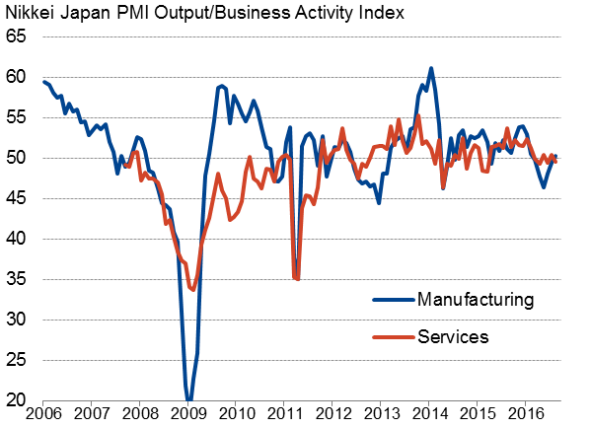 Nonetheless, a widespread view persists that monetary policy is not enough to bolster economic growth, and that fiscal policy needs to fill the gap amid sluggish economic growth. For the moment, it appears likely that the BoJ is prone to maintain status quo in the coming months, unless we see a dramatic deterioration in the country's economic performance. 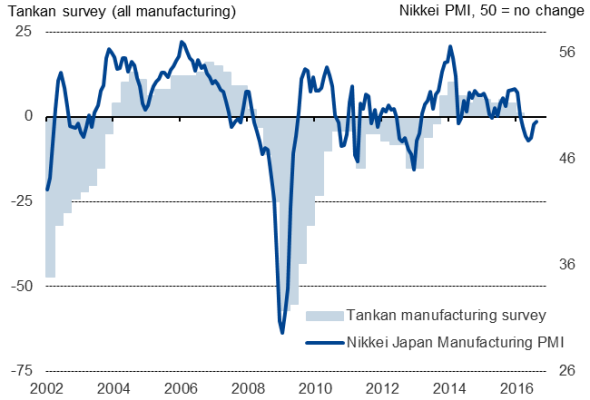 The #Singapore economy has been hit by multiple shocks during 2020, but has remained resilient, with recent #PMI da… https://t.co/HcuLepwGYC