There is hope for the optimistic in the IHS Markit October update as we maintain our 2022 global production outlook despite further near-term outages impacting larger automakers in Europe.

In IHS Markit's October global light vehicle production forecast update, our 2022 production view is a virtually unchanged with 82.7 million vehicles (+0.1% vs. last month's forecast). This is despite a still-worsening production picture in the closing months of 2021 which saw us further lower our 2021 forecast by just under a million vehicles (i.e. -1.3%) to 74.8 million units. In growth terms, this means we now expect double digit production growth in 2022 (+10.6% y/y vs. +9.1% previously) thanks to the lower base, which means we now see essentially flat growth this year (+0.3% y/y vs. +1.6% previously).

Near term cuts are Europe-driven

The worsening current (i.e. 2021) picture is largely Europe-driven, and primarily due to negative surprises from additional production outages at the region's big 3 automakers (VW, Stellantis, and Renault/Nissan). Note however the silver lining that around half of the ~700k downgrade we made to Europe is backward looking (i.e. for production that already occurred in Q3), with therefore just half thereof actually pending in Q4. 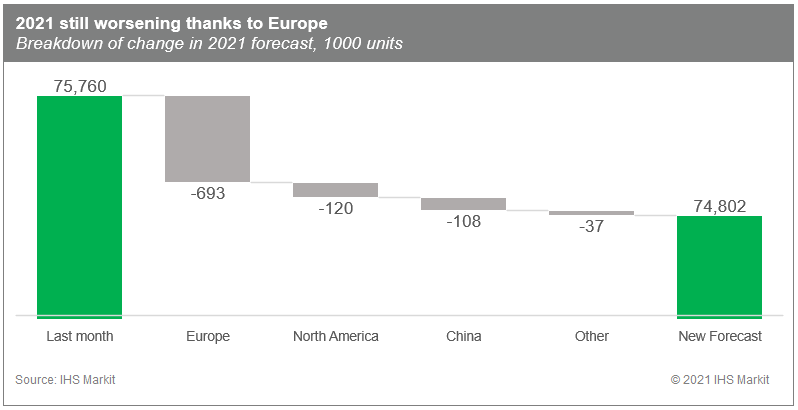 How has 2022 avoided further cuts?

The semiconductor supply chain is showing signs of stabilization, and this is reflected in China production showing signs of having bottomed out, giving hope to the optimistically inclined. September production in Greater China came in 90k units above our expectations despite the disruptive effects recent electric power grid outages. In general, chip supply chains are improving at a cadence consistent with our current expectations, which despite the still-poor visibility (especially further out) means a not-worsening 2022 outlook at this stage. 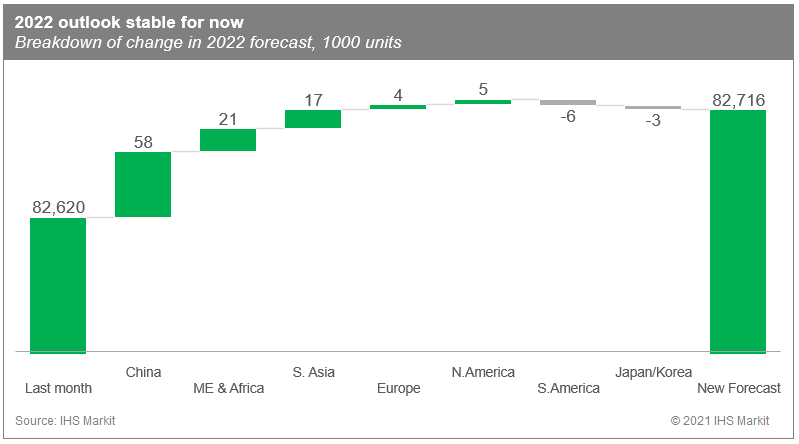 Last chance to register for for an upcoming #CTI Symposium Germany 2021 on 30th Nov where our IHS Markit experts wi… https://t.co/AqL7LrvBHw

#Automotive software will outpace hardware contents in the vehicle, causing the cost of development to rise. Join… https://t.co/i6VoGMn6qM