Wind energy, both onshore and offshore, saw a significant development boom in 2020 with nearly 100 GW of additional capacity installed worldwide, most of which is located in the traditional top three markets: China/Asia-Pacific, Europe, and North America.

China continues to be the leader in wind development, developing approximately 45 GW of wind energy in 2020.[1] North America boasts the second largest amount of capacity added in 2020, with about 19 GW developed, while Europe rounds out the top three with an estimated 15 GW of new additions for the year.

The top global wind developers of 2020 have developed a total of 328 GW of onshore and offshore wind globally, representing 45% of all wind capacity worldwide. Developers based in mainland China developed about half of that capacity.

Based on the known pipeline of planned projects, these developers are looking to develop 134 GW of both onshore and offshore wind energy in the near-term. North America, Europe, and China/Asia-Pacific remain the largest target markets for new development. Close to 40% of that pipeline is planned for North America, with most of the remaining pipeline slated for Europe and the Asia Pacific region.

The wind developer market continues to be highly concentrated in the traditional top three markets but represent a varied mix of business structures and development strategies.

At the regional level, all mainland China-based top developers are state-owned entities with a primary focus on the domestic market and a regional focus towards the Asia Pacific region. There are some exceptions. Tianrun, State Power Investment Corporation (SPIC), China Huadian Corporation, and China General Nuclear (CGN) who have developed or have plans to develop some smaller projects in Europe, North America, and Latin America.

Europe-based developers are the most active in international markets

Of the 11 Europe-based developers in these rankings, only SSE Renewables and Vattenfall have operational and planned portfolios that are focused exclusively in Europe. The remaining nine developers have installed and planned portfolios with strong presence in Europe, but they also have significant diversified in other regions, especially North America, with an increasing focus in Latin America.

As for North America-based top developers, only Invenergy has developed capacity in international markets including Europe and Latin America and has recently announced plans to develop new projects in the Asia Pacific region.

On top of driving wind energy development globally, many of these top developers boast diversified portfolios of energy assets and are looking into other clean energy opportunities that will be increasingly prominent to contribute to the ongoing decarbonization efforts of major economies and the attainment of recently announced net zero targets.

IHS Markit analysis shows that the top 25 global developers have around 38 GW of planned clean energy projects outside of planned wind development. The technology focus for these projects vary from developer to developer but includes deployment and investment in technologies such as solar PV, battery storage, pumped storage, and other renewables such as hydro, biogas, and geothermal. 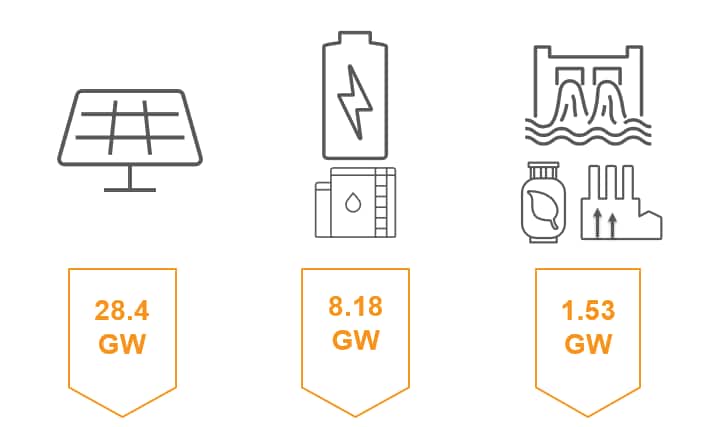 Additional detail on these key players, their asset base, planned capacity, and their rank based on installed and planned capacity in the top three markets are available to customers in the full version of the IHS Markit Global Wind Developer Rankings.

[1] While China announced that they had added 71 GW of wind in 2020, the Chinese Wind Energy Association (CWEA) estimates that 26 GW of that were developed in 2019 but later connected to the grid in 2020.