In times of crisis the credit default swap market springs to life. We saw this in the Great Financial Crisis of 2007-2009, the eurozone debt crisis of 2010-2012 and now the COVID-19 pandemic that started in 2020 and is still with us. Investors require a financial instrument that hedges credit risk and protects them against defaults - CDS is specifically designed for such a purpose.

Naturally, we would expect that the number of defaults rose during 2020. And indeed it did. Last year saw 20 CDS credit events across the globe (including Europcar - auction next month). This is the highest since 2009 and the second highest since the advent of the auction mechanism in 2005 (previously all CDS were physically settled bilaterally).

But there are key differences between 2020 and 2009. First, the scale: 2009 saw almost double the number of credit events (and the 38 total is adjusted for multiple events across the same company). Secondly, the type of companies defaulting: 2020 saw multiple US energy groups triggering events and was the first year that three sovereigns defaulted (though Ecuador has the dubious distinction of defaulting in both years). Thirdly, recovery rates were markedly low: 9 of the 19 auctions held in 2020 produced results of less than 10.

What does this tell us? It underlines that the recessions of 2008-2009 and 2020 were two very different beasts. The first was a downturn precipitated by a financial crisis, with a restriction in credit availability causing defaults across sectors. The recent contraction was short and focused on specific sectors directly affected by government lockdowns, alongside weakness in the US energy sector.

The Great Financial Crisis was the catalyst for a decisive shift in the Credit Cycle. Since 2009 we have seen the longest expansion phase in the modern era. In March it seemed that it was coming to an end and we were entering the downturn stage of the cycle. The effectiveness of monetary policy was questioned in the face of a concurrent demand and supply shock. But the world's major central banks proved that they hadn't run out of ammunition, and their liquidity support bolstered debt markets and stemmed the tide of defaults. 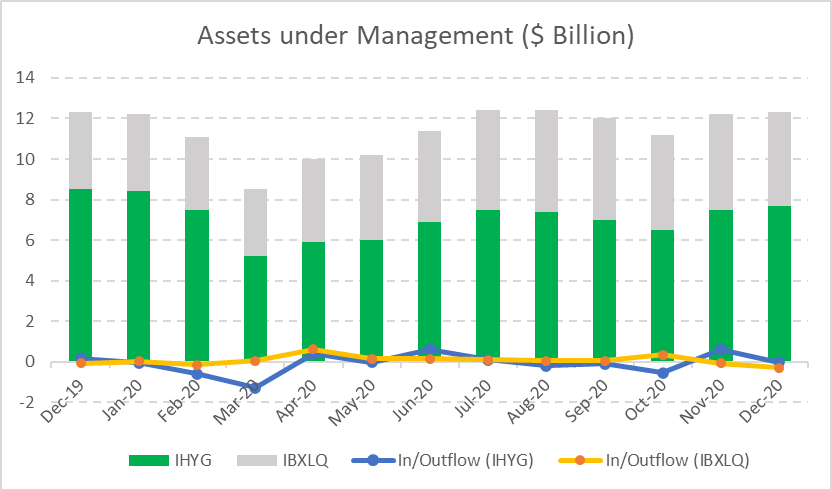 The markets have confidence that this will remain the case in 2021 - the major CDS indices are now more or less back to where they started the year. The first quarter - and possibly beyond - promises to be difficult with the virus gaining strength across the world. But the markets will look ahead to the likely recovery given the rollout of vaccines currently underway.

A significant rise in inflation failed to materialise after QE was introduced in 2008. The same scenario could play out again in the coming years, supporting the secular stagnation/Japanification theory. But if price levels rise - and more importantly, expectations of prices rise - and this becomes entrenched, then we could begin to see, finally, a shift in the credit cycle.

Regions with higher corporate leverage and lower economic growth would inevitably suffer most in the credit markets. Asian debt may fare better on these terms, but investors with international exposure to the credit markets should keep a close eye on CDS spreads for signs of distress and, of course, impending defaults.