My how time flies! A year has passed and once again, we have honored excellence in owner loyalty during last night's 16th annual Polk Automotive Loyalty Awards. The awards were presented as part of the Automotive News World Congress held in Detroit, MI on January 10th, 2012. 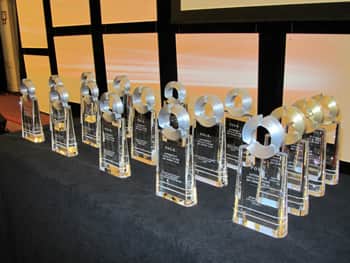 Ford dominated this year's ceremony winning six of 16 awards, including the prestigious Overall Loyalty to Make and Overall Loyalty to Manufacturer awards. In addition to these honors, Ford also won model loyalty awards with the F-Series pickup, Ford Escape and Lincoln MKZ./p>

Jeep's loyalty improved 7.4 percentage points over last year, which is more than enough to win the Most Improved Loyalty to Make category. Jeep's performance was largely driven by the success of the redesigned Grand Cherokee.

John Krafcik, Hyundai's North American CEO, was the evening's keynote speaker. He accepted the Polk Automotive Loyalty Award in the Compact Car segment for the Elantra. This is the first time Hyundai has been awarded a Polk Loyalty Award and it is the Elantra's second major award in two days (it was named North American Car of the Year on Monday).

Across the US auto industry, OEMs are placing greater emphasis on owner loyalty and their efforts are paying off as loyalty rates are steadily increasing. This year's Polk Loyalty Awards recognized the best of the best. A complete list of winners can be found here.