Markets are flirting with all-time highs but as short sellers rush for the door, concerns mount that a large short squeeze may underpin the current momentum.

March has seen the frequency of short squeezes increase, giving credence to the notion that shorts are playing an active part in the current oil-squeeze-rally.

Average short interest of S&P 500 constituents has declined sharply since peaking in mid-February, now down by 10%. Since then, stocks have rallied and recovered by over 12%, with the S&P 500 index on track to breach all-times highs of 2015.

Energy constituents of the S&P 500, which have rallied by 41% on average since February lows, have been driving this trend as short sellers covered over a fifth of their positions. Average short interest in the sector now stands at 5.5% of shares outstanding.

Concerns have however mounted around the fundamentals driving the recent momentum. Speculation that short sellers covering positions are contributing to the rally may not be unfounded, particularly in the energy sector where conviction shorts have been squeezed as investors lift stocks on the back of rising oil prices. Markit's Research Signals' Short Squeeze model identified over 240 short squeeze events over February and March among the 10% of US equities, which shows that short squeezes are a very present risk in the current market. 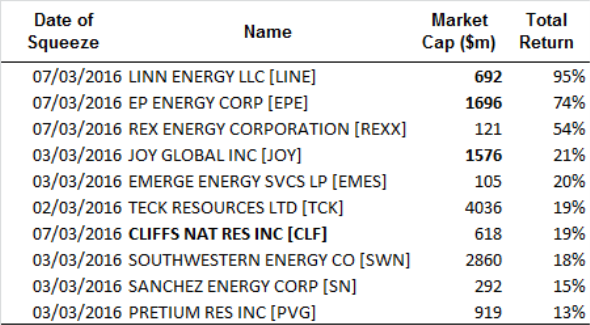 Energy 'squeezes' dominated in March with seven out of the top ten performing stocks of the S&P 500 being energy names. 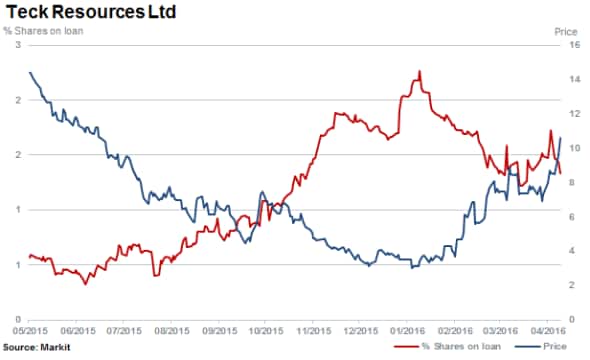 Teck Resources' short squeeze event was recorded on March 2nd 2016 with shares rising by 19.5%. While not heavily shorted with only 1.4% of shares outstanding on loan, short sellers subsequently covered positions. Shares in Teck have surged a further 48% since the initial spike. 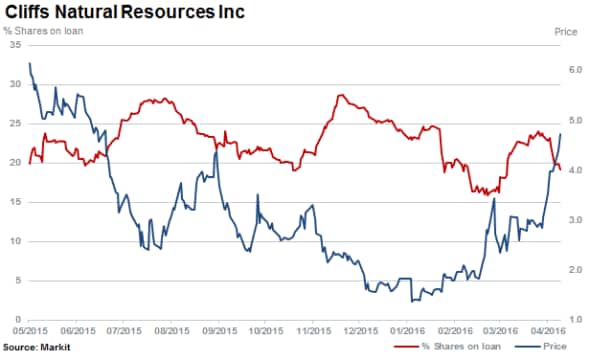 Cliffs Natural Resources has recorded three short squeeze events in the past two months; one in February and two in March. The initial spike of 22% occurred in February when the cost to borrow soared above 50% indicating high demand to short. Subsequently and three squeezes later, the stock is up by 148% but short sellers have yet to fully 'clear out', with a material 19% of shares outstanding on loan remaining. 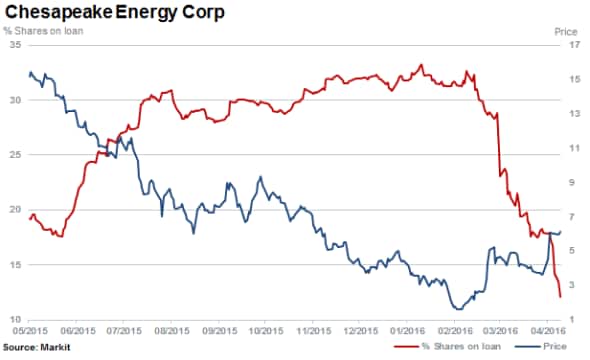 From June 2014 up to February 11th 2015 shares in Chesapeake Energy plummeted by 94%. Since then, when 31% of its stock was sold short, the stock has rallied an impressive 243% with the stock squeezing on February 24th. Short sellers have abandoned 60% of their positions with 12% of shares currently outstanding on loan.

While not ranking in the top 50% of stocks at the time of squeezing, Chesapeake's ranking has since worsened and currently ranks in the top 30% of names at risk of squeezing.

The above performances take Chesapeake's year to date increase to 36% - among the top ten performers of the S&P 500.

The dreaded short squeeze can be catalysed many factors, including rising underlying product prices (as in the case of oil firms) or even positive earnings announcements, which is what occurred with Fossil Group in late February.

Fossil's shares spiked 28% after earnings, which were lower, but were far better than expected. This saw short sellers cut a fifth of their positions in the following days. 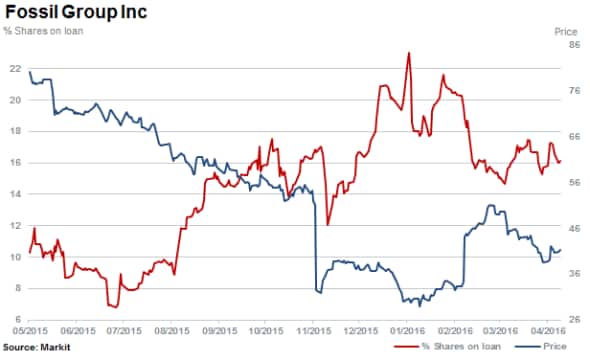 A similar scenario occurred at JC Penny with a quarter of its shares sold short, shares in JC Penny rallied 32% over four days as shorts sellers began to frantically cover 41% of positions. However momentum in the share price has reversed, with short sellers returning to the stock. 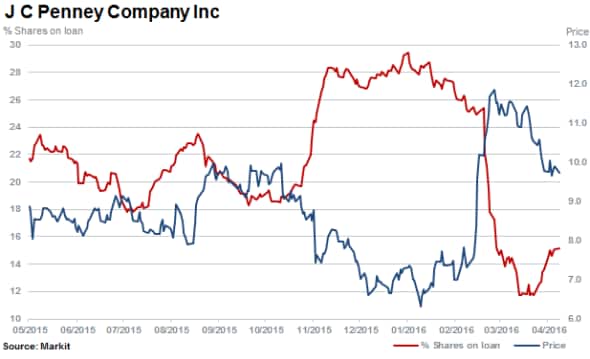