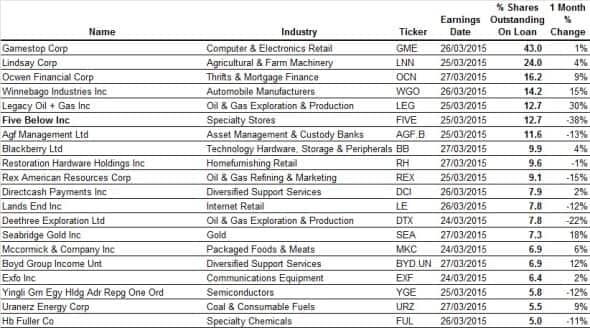 Shares in Gamestop have rallied after a robust holiday trading period and expectations of a continued strong first quarter in 2015. Short sellers continue to hold onto significant positions despite a 22% rally in GME shares year to date. Earlier this month, the firm announced a 9% increase in the annual dividend and stock repurchases have totalled $2.1bn since 2010. Despite this, company has a significant 43% of shares outstanding on loan, by far the most of any constituent of the S&P 500. 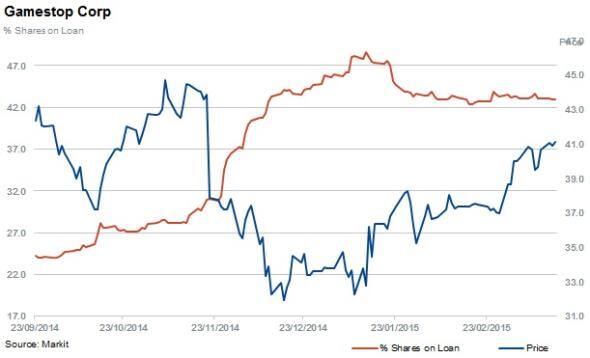 The second most shorted company announcing earnings this week is irrigation firm Lindsay Corp which has 24% of shares out on loan, a number that has climbed after the firm posted falling year on year sales and profit figures in its last quarterly results.

Legacy Oil + Gas tops the group having seen short interest surge by 30% in the month leading up to earnings. 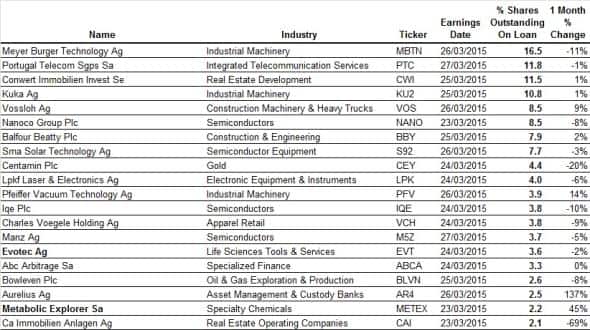 Semiconductor and photovoltaic service provider, Myer Burger Technology top this list of most borrowed stocks ahead of announcing earnings. Short sellers have covered positions by 35% since November as the stock declined 20%. This short covering reflects the recent bullish sentiment seen in solar firms as the TAN ETF, which invests in solar firms is up sharply since the start of the year.

Another solar firm, SMA solar also makes this list of heavily shorted shares with just under 8% of its shares out on loan. 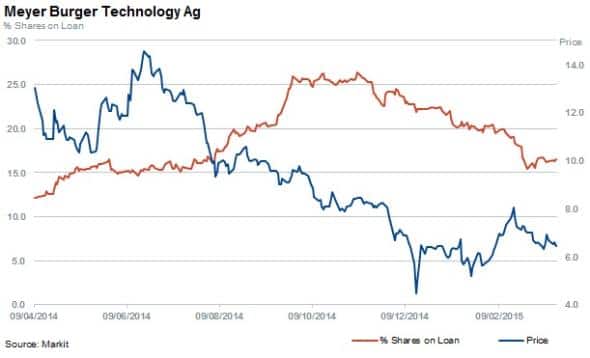 Infrastructure firms account for two of the most shorted European firms ahead of earnings. Balfour Beatty and rail infrastructure group Vossloh, have 7.9% and 9% of shares outstanding on loan respectively. They are both expected to curtail tier capital redistribution programs according to Markit's dividend forecasting team, after experiencing operating headwinds.Short sellers have stayed the course in both these firms despite a recent rally in share prices. 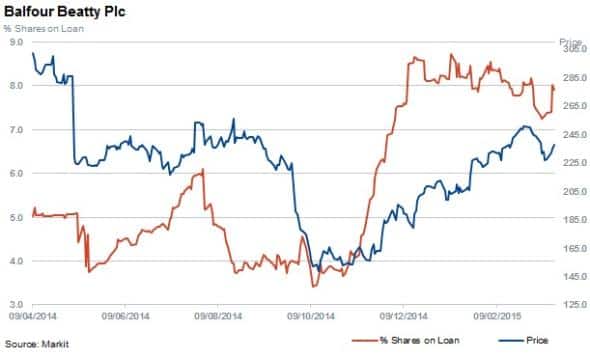 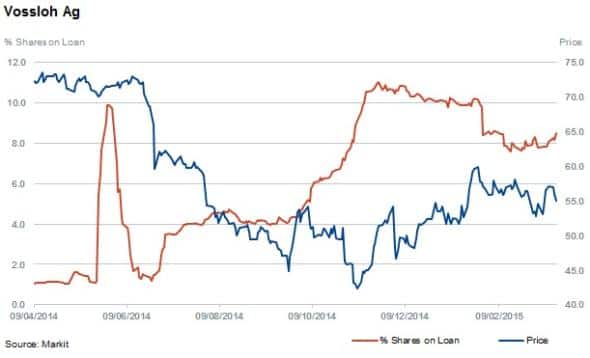 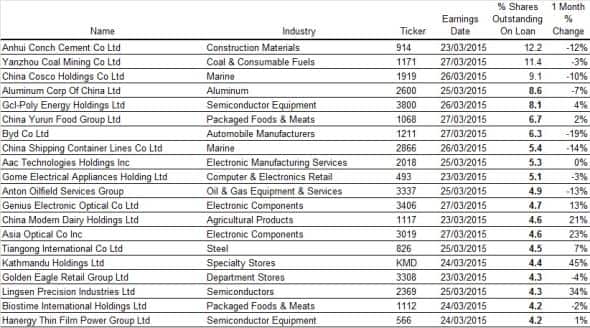 Three firms heavily tied to Chinese growth make top the list of the most shorted Asian firms ahead of earnings. They are led by construction material firm Anhui Conch Cement. Anhui actually sees the least shorting activity in the run-up to earnings in over a year. This is despite efforts from Chinese policy makers to shift away from an investment driven market which may cool construction in the country.

The other Chinese stocks rounding out the three most shorted Asian shares are coal firm Yanzhou Coal Mining and ship operator China Cosco Holdings, have also seen covering ahead of results announcements.

The largest spike in short interest ahead of earnings was seen in Kathmandu. Demand to borrow spiked by 45% in the last four weeks after it issued a profit warning. The company now sees 4.4% of its shares out on loan, making it the most shorted company in New Zealand by quite a margin.