UK grocer Tesco lost its investment grade status in the opening week of January. The downgrade capped a tumultuous 12 months for the retailer which ceded market share and became embroiled in an accounting scandal, which led to the ousting of its chief executive.

The company has since announced plans to shutter underperforming stores and close its corporate headquarters. These steps have been well received by the market and the company's CDS spread is now much lower than at the start of the year.

The days leading up to Tesco's downgrade marked a low water mark for the market's assessment of Tesco debt, when its 5 year CDS spread briefly surpassed 210bps. This occurred on January 8th, the day Moody's revoked the firm's investment grade status. 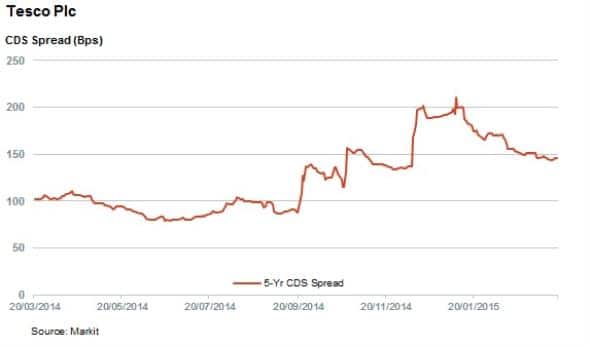 While the ratings agencies cited the long term nature of Tesco's turnaround strategy as a rationale for the downgrade, credit investors look be increasingly bullish about the company's prospects. CDS spreads have tightened steadily since January and are now trading 30% off the early January highs.

The latest spreads are still nearly twice the levels seen in June last year, however the tightening indicates that the market is putting increased faith in the company's recent actions.

Equity investors have also rallied behind the company and Tesco shares are up sharply from their lows at the start of the year.

Despite the company's roller-coaster quarter, Tesco has joined the constituents of the Markit iTraxx Europe Crossover index. The index has also tightened by almost a quarter since the start of the year as European QE continues to boost risk assets across the region. It currently trades at 263bps. 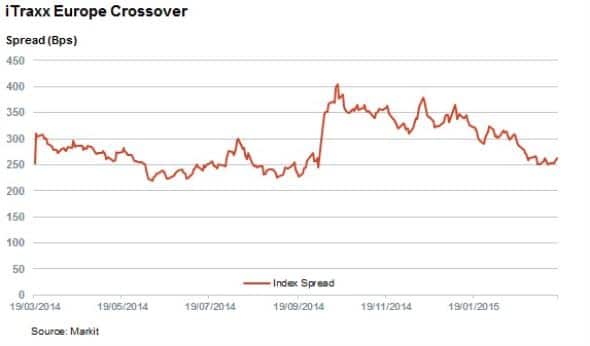 Tesco's recent operating headwinds were largely mirrored by peer, J Sainsbury. The grocer which also joins the iTraxx Crossover index in the current roll, has seen its spreads tighten in over the last three months after a spike in the closing weeks of last year. This indicates that at least some of Tesco's recent tightening could be attributed to the improving consumer sentiment across the UK. 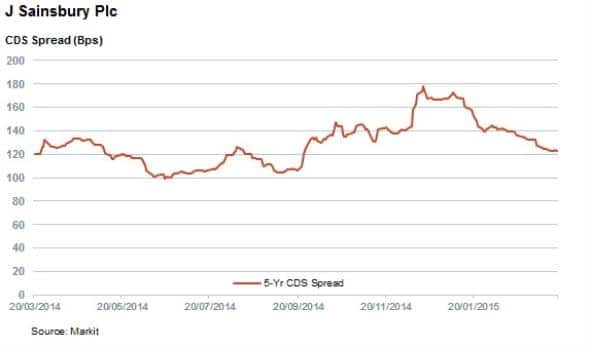