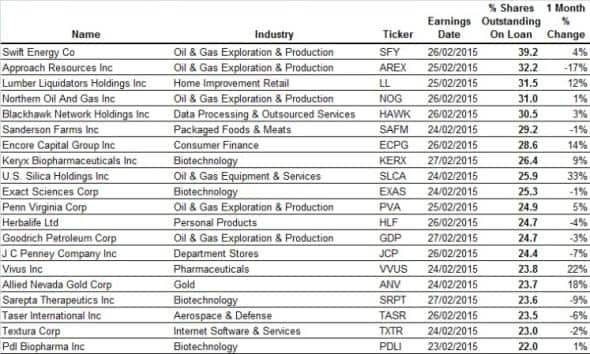 Oil and gas exploration firms dominate the top two spots this week in North America with the third place going to Lumber Liquidators. The residential hard wood floorer provider has 32% of shares outstanding on loan, a 12% increase on the previous month. The US housing market has shown initial signs of weakness, however this week saw interest rate expectations shifting once again as debate over a recent Federal Reserve meeting minutes has pushed out rate hike prospects. 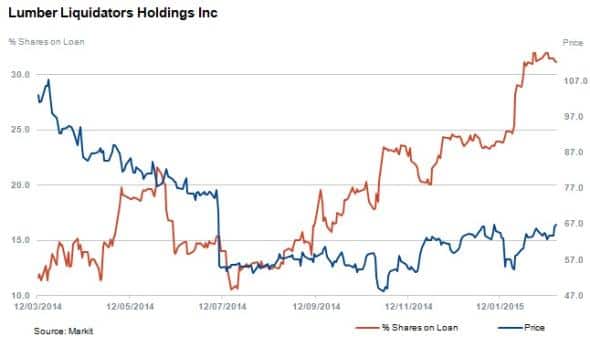 The firms seeing the most movement in short interest are US Silica Holdings and Vivus with 26% and 24% of shares out on loan respectively. US Silica has attracted short sellers who have held on to their positions despite the share price rallying by 34% in the last month. 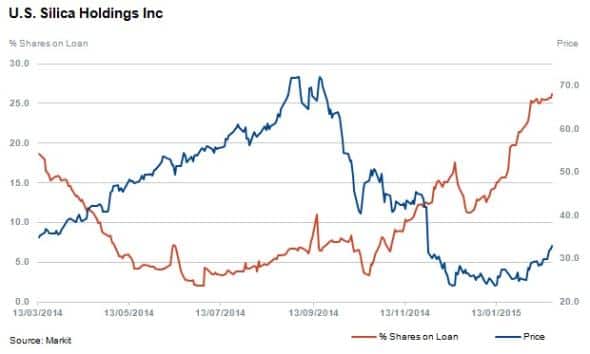 Silica Holdings supplies specialised mineral proppants into the fracking industry which has come under heavy pressure due to sustained low oil prices and mounting rig closures. 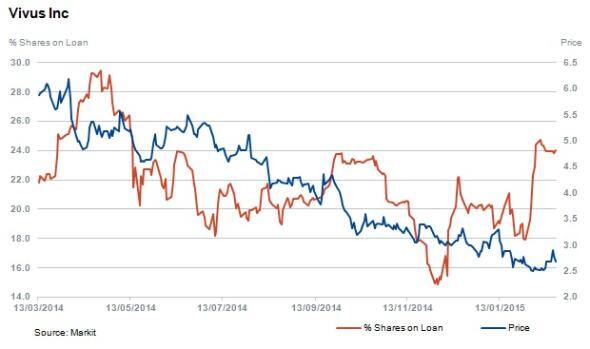 Vivus, a biopharmaceutical company commercialising Qsymia, has seen its shares out on loan increase by 32% in the last month. Vivus's share price has dived by 52% in the last 12 months as the company continues to produce losses and analysts downgrade the stock as sales growth disappoints. 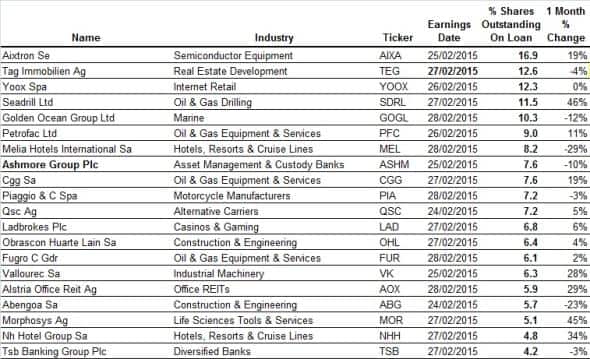 Most shorted ahead of earnings this week and perennial target for short sellers is Axitron with shares out on loan increasing by 18% in the last month to reach 17%. The German based firm generates 78% of revenues from the development and installation of equipment involved in the deposition of semiconductor materials, organic LEDs and electronics using nanomaterial. 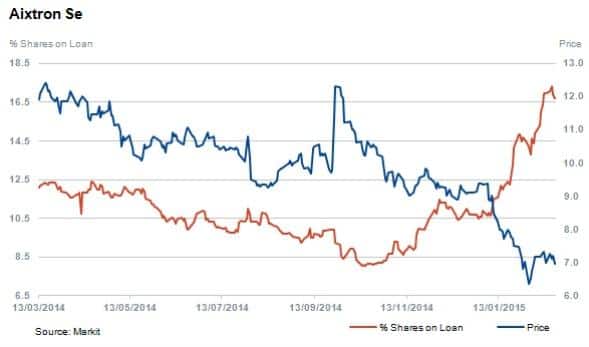 Oil and gas firms in the region witnessing large moves in short interest in the last month include offshore driller Seadrill, oilfield service provider Petrofac and geoscience firm Cgg. These companies have seen increases in shares out on loan of 47%, 11% and 24% respectively. Seadrill currently has 12% of shares on loan compared to Petrofacs' 11% and Cgg's 8%. 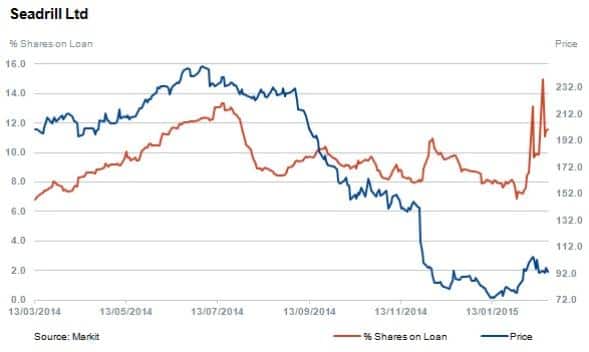 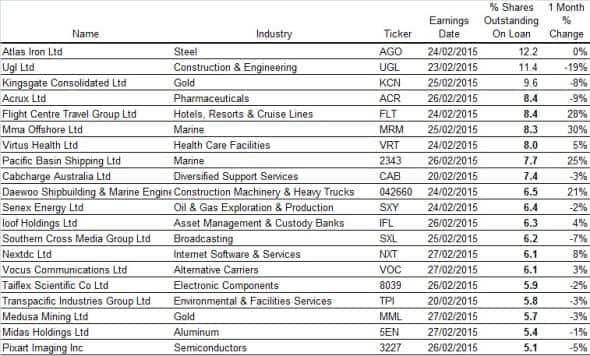 Australian firms take the top three short positions in Apac ahead of earnings this week, with independent iron ore miner Atlas taking pole position. The country's currency depreciation has not been enough to offset iron ore's price decline and Atlas has seen its shares decline by 80% in the last 12 months, with short interest currently standing at 12%. 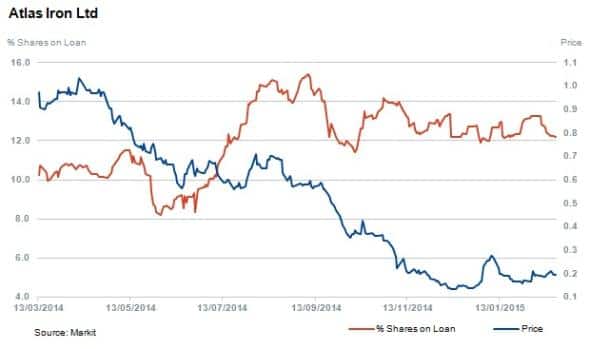 Contract construction and engineering firm UGL is the second most short sold in the region with 11% of shares out on loan. The firm's shares plummeted by 15% on November 6th 2014 as the company announced substantial write downs related to the Ichthys power project in Darwin. Subsequent to this decrease, shares took a dramatic dive on November 18th 2014 as the shares went ex-capital post the firm selling off a property unit returning $2.94 per share to shareholders. 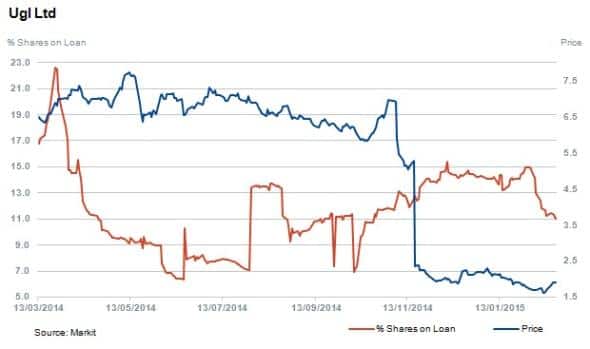