Back to school shorts

With consumer spending flagging in the weeks leading up to the key return to school season, short sellers have redoubled their attentions in several of the key back to school retailers.

Retailers hoping for strong spending momentum in the weeks leading up to the key back to school time must have been let down by the latest monthly retail trade results put out by the US Census Bureau. The July figures showed that spending was flat from the June total, something which disappointed analysts which had been forecasting a 0.2% lift in spending.

This lacklustre number came in along with some unsatisfactory corporate earnings announcements, which saw Macy's and Walmart report below expected results. This spate of bad news has been seized upon by short sellers, who have added to their positions in the run-up to what has become one of the most important shopping periods of the US calendar.

The last couple of months have seen shorts add to their already above average positions in US retailers. Current average demand to borrow shares in the constituents of the SPRD S&P Retail ETF has climbed by early 8% since the end of the second quarter which has taken average short interest in the sphere to 5.8% of shares outstanding. 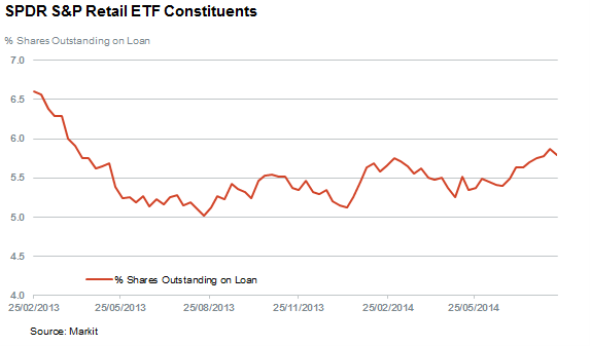 This makes the already heavily shorted sector one of the most popular for short sellers, a trend that will no doubt continue in the second half of the year should consumer spending remain anaemic

Back to school shorts

Featuring among the most shorted shares in the sector are shares which arguably have more skin in the back to school game than other retailers. While results among shares which are favoured by younger shoppers have been a mixed bag over the last few months, several teen and young fashion stalwarts have seen jumps in demand to borrow in the lead up to the reopening of schools. Alongside this development, several others in the sector continue to rank in the most shorted list of names.

Chief among those names is Abercrombie and Fitch which has seen demand to borrow jump past the 15% of shares mark in recent weeks. This surge in shorting activity sees the once sector powerhouse become the ninth most shorted retailer as it face the prospect of another year of falling sales. 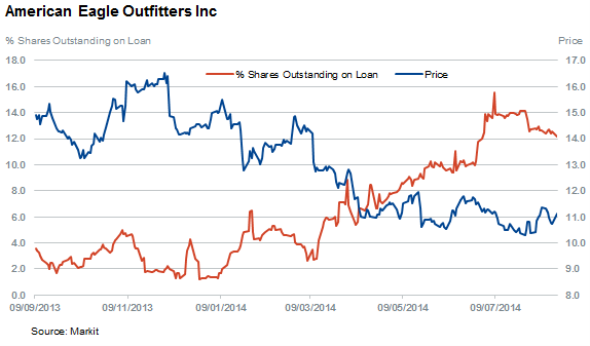 In the department store game, smaller second tier players have also seen a rise in demand to borrow in recent weeks with Five Bellow, Sears and Kohl's all seeing more shorting activity in the lead up to the back to school rush.

Kohl's stands out as the company most targeted by shorts out of the bunch as its current short interest has surged by 40% over the last three months. Shorts look to have doubled down on the company's back to school season as it recently announced better than expected second quarter results which sent its shares surging. 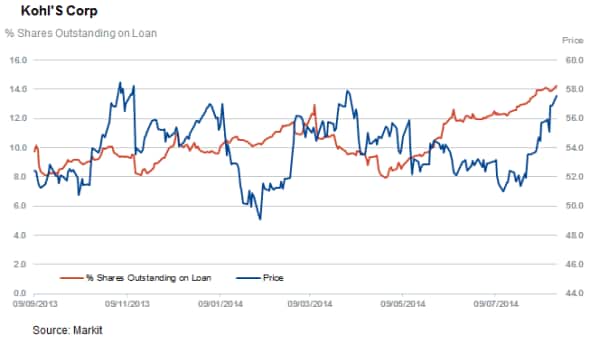 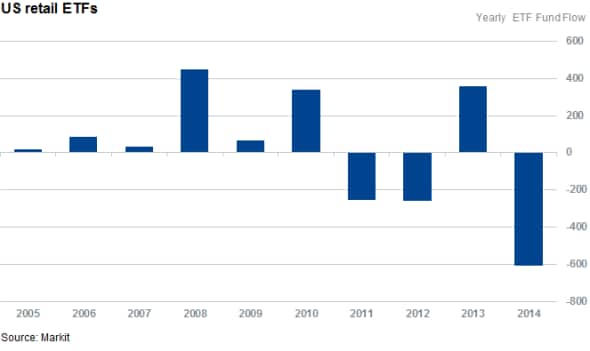