Attracting growing negative sentiment since oil prices began tumbling at the end of 2014, a rally in energy stocks in 2016 has encouraged significant covering of positions by short sellers.

Since February 2016, short sellers have covered 16% of positions in North American Energy stocks as some of the most targeted and profitable trades in the sector appear to have finally run their course. 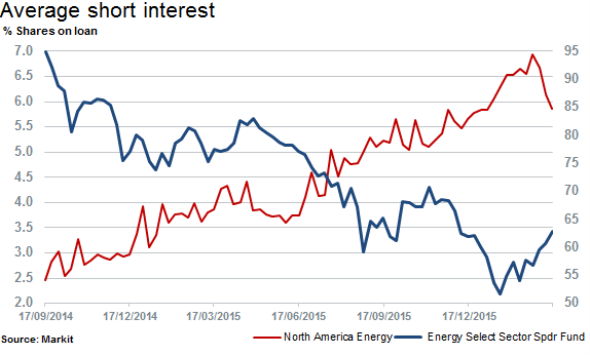 Across firms with more than $2bn in market cap, the energy sector is now the second most shorted after retail after rallying by 15% in the last month, as measured by the Energy Select SPDR ETF. This has created some tricky situations in certain names - especially those which have been long time short targets. As a result, short sellers have been recently rushing for the door, despite paying hefty borrowing costs.

But Markit data indicates that some stocks are still attract high borrowing costs, indicating that perhaps there are still some who believe that the sector has further to fall - and the rally is in fact driven by a sector short squeeze.

Along with Teck Resources and EP Energy, Cliffs Natural Resources was identified on March 16th 2016 as being at risk of suffering a short squeeze by Markit Research Signals Short Squeeze model. 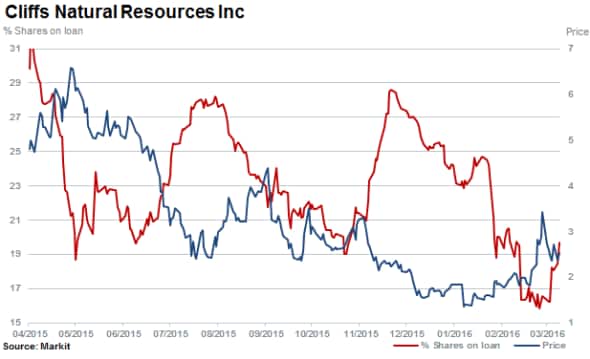 A potential squeeze may indeed be underway at Cliffs Natural Resources with the stock spiking over 10% on March 17th 2016. Currently there are almost a fifth of shares outstanding on loan, declining by a third over the last 12 months. Despite shorts covering in recent months there remains a significant cost to borrow of above 10%; indicating demand to short remains strong despite the recent price volatility. 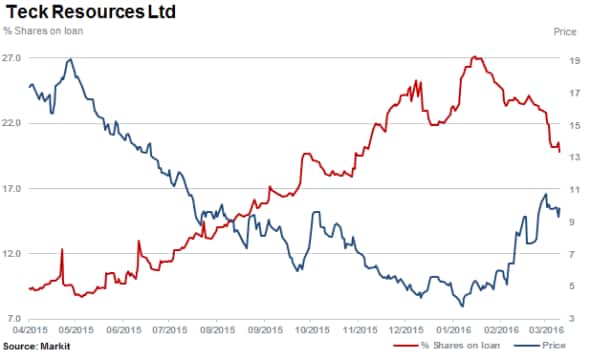 Also triggering a short squeeze alert according the Short Squeeze Model is Teck Resources, which has seen a fifth of its shares sold short and a higher than average cost to borrow of above 2%. The stock has risen by astonishing 160% since record lows of early January, driving shorts to cover almost a quarter of their positions.

EP Energy has seen short interest levels plummet by 40% as its shares soared by more than 2.5 times since the end of February. 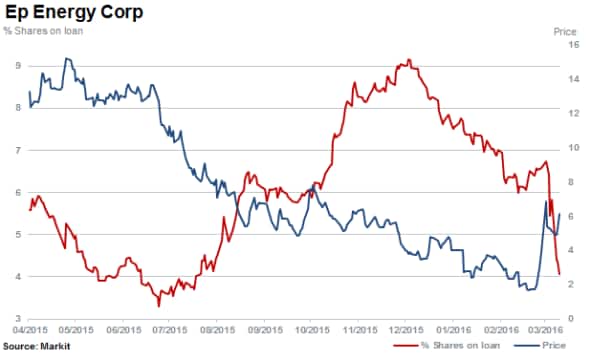 Although lower levels of shorting activity still persist in the stock at 3.6% of shares outstanding on loan - the demand to borrow has averaged more than 40% over the past few weeks. This entails that short sellers have paid significant costs to borrow stock over the past few months while absorbing substantial losses.