Leverage tightening the noose on US oil firms

Evaporating credit lines are set to finally squeeze US energy firms as oil prices break through $30 a barrel and US banks sound the alarm on rising bad loans in the sector.

After the lifting of sanctions in Iran this week, expectations for increased oil output has put further pressure on oil prices with both Brent and West Texas Intermediate prices dropping to the lowest levels seen this century. In the US, embattled producers are finally being forced to consider ceasing production as banks reign in on credit lines for fear of rising bad debts.

Markit's Research SignalsFinancial Leverage factor*, show that US energy firms saw a degradation in their financial leverage position in the last 12 months as energy names saw their average rank rise over this timeframe. The sector's average ranking increased from 48 to 52 in the past 12 months - as declining earnings crimped the sector's ability to service its debts. 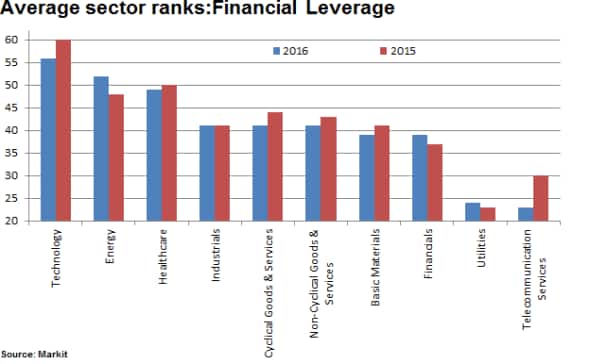 The other two sectors that have showed a comparable increase in their leverage positions have been financials and utilities. In terms of absolute leverage, the technology sector still remains the most leveraged although it has witnessed a decline in leverage over the last 12 months. 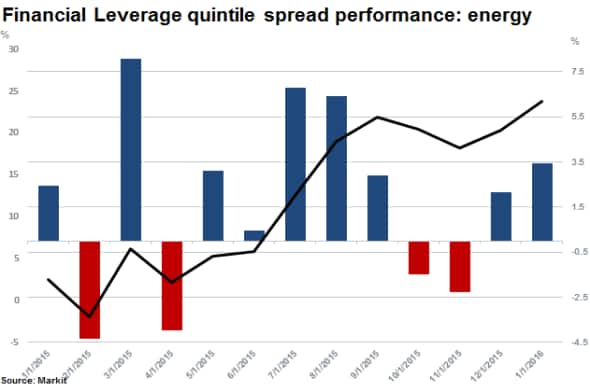 Almost all the returns above have been delivered by the underperformance of fifth quintile firms - or the 20% of companies employing the most leverage which delivered returns of negative 24% over the last 12 months. 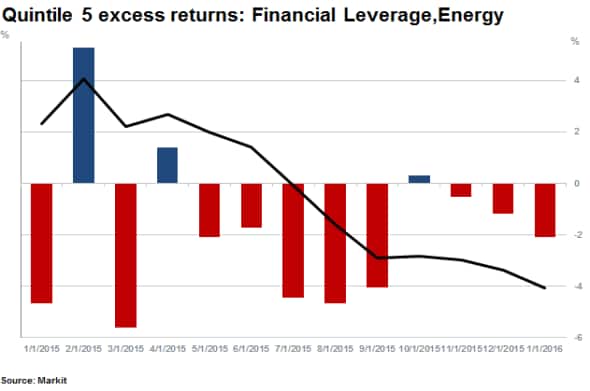 Investors have been voting with their cash over the last 12 months, with companies in the sector seeing the value of their equity plummet. Short sellers have also benefited by targeting energy names, but highly leveraged firms could add more returns to the shorts as oil producers are pushed to the brink.

The average Financial Leverage rank across the top ten most shorted US energy names is 69, which is 50% higher than the universe average of 44 consisting of over 3000 single names.

Two specific names which have been the targets of sustained short selling in the past are Rex Energy and Chesapeake Energy with 41.3% and 32.7% of shares outstanding on loan and financial leverage ranks of 86 and 83 respectively (relatively highly leveraged). 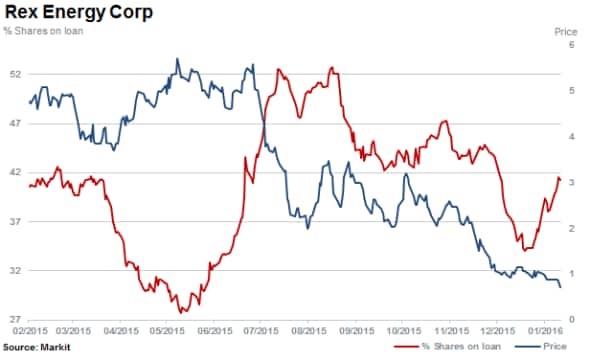 Renewed oil price weakness has seen short sellers return to Rex Energy, increasing short positions by 15% since the start of the year, while the stock has fallen another 31%. 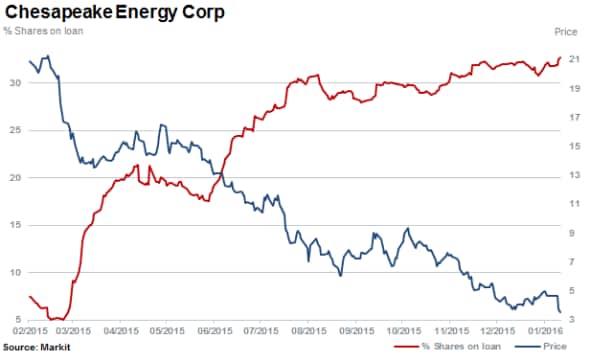 Short interest in Chesapeake remains at record highs with the demand to short the company surging as measured by the cost to borrow which is north of 20%, with 87% of available stock to lend utilised.

January opened the year with impressive IPO figures boasting $2.3B in proceeds over 8 deals. The largest deal came… https://t.co/mclI1WaQgC

The new issuance market continued on a strong trend this week, pricing 22 deals for $6.07B in proceeds. Download th… https://t.co/d0kerPRehQ