Nigerian inflation accelerated to the fastest in almost six years during April, according to CPI figures released earlier today by the National Bureau of Statistics. Consumer prices rose 13.7% on an annual basis, up from 12.8% in March. The latest pick-up in price pressures was the sixth in as many months. 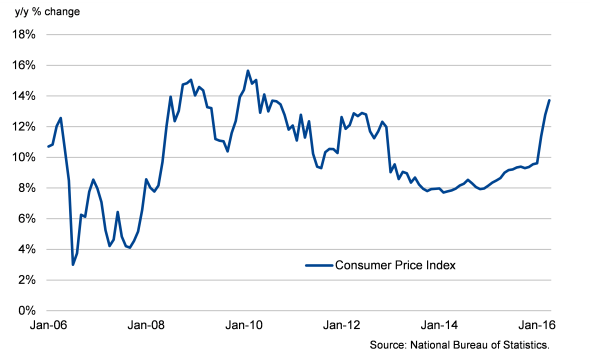 April's PMI data showed a similar trend. The PMI, produced by Markit for Stanbic IBTC Bank, gathers responses from around 400 companies and gives early insight into the health of the private sector economy each month. The latest survey pointed to a record increase in selling prices, as well as a sharp rise in purchasing costs. 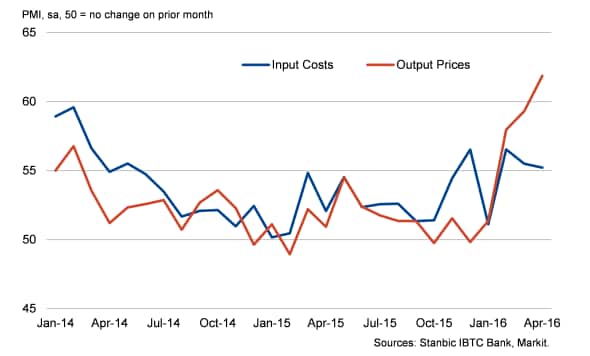 Companies indicated that the weakness of the currency and price rises linked to the scarcity of fuel had been key factors behind inflation. The Nigerian naira has been pegged against the US dollar since March 2015, meaning that importers have struggled to access foreign exchange. Though Nigeria is a major producer of oil, it also relies heavily on fuel imports - hence the recent shortages. A combination of these factors has driven prices sharply upwards.

The surge in inflation leaves policymakers in a quandary. With year-on-year GDP growth expected to slow again when first quarter numbers are released on May 21st, the central bank is faced with the task of stimulating the economy and controlling inflation at the same time.

The PMI has highlighted Nigeria's torrid start to the year. Output has fallen in each of the past three months, while the rate of job creation eased to a record low in April. That said, new orders stabilised in the latest period following two successive declines, helping the headline index to post at the neutral 50.0 mark. 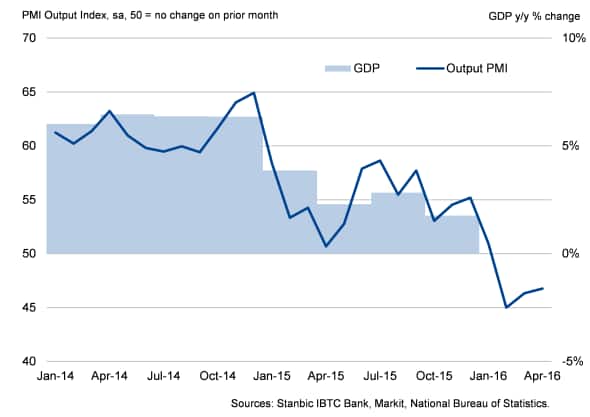 In March, the central bank chose to raise the base rate by 100 basis points to 12% in an effort to nip inflationary pressures in the bud. However, with other factors at work, further policy tightening may instead put the country's near-term growth prospects at risk. Needless to say, the next monetary policy announcement, due on May 24th, will be closely watched.

For more information about the Nigeria PMI, please contact economics@markit.com.