US short interest shoots up to three year high 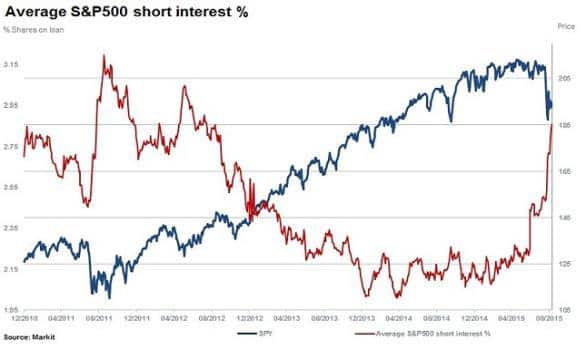 A global equities sell off in August, led by falling Chinese markets, has increased uncertainty ahead of a possible Fed rate hike. Short sentiment in the S&P 500 has increased to levels not seen since 2011.

Short of a crisis

The increase in the average short interest of the S&P 500 over the past month has been the sharpest rise seen since the summer of 2011, when markets were rattled by the European debt crisis.

Average short interest currently stands at 2.85% of shares outstanding, the highest level recorded since September 2011. The recent surge in short interest comes on the heels of a four year equity super cycle that saw short sellers retreat to the post Lehman lows seen in the middle of last year.

The first signs of an increase in shorting activity in 2015 were concentrated in energy names. However, recent weakness and sideways movements in markets has once again attracted short sellers to a broad range of stocks. Market wide short selling is responsible for a violent rise in the average figure.

Over 75% of the constituents of the S&P 500 have seen short positions increase over the past three months. Below are the top 10 securities that short sellers have targeted, contributing to the overall higher average. Each security has seen short interest increase at least 5 percentage points and Mattel Inc. has seen a rise of over 10 points. 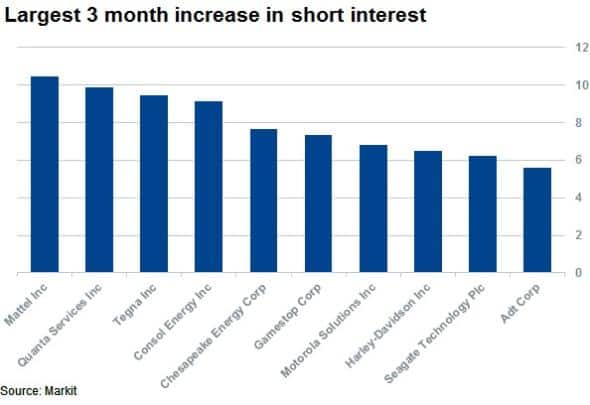 Mattel, the brand behind Barbie, has seen short interest increase to 18% of shares outstanding on loan. The stock has continuedto fall out of favour with investors and attracted short sellers. Shares have fallen 27% year to date while peer Hasbro has continued to rally. 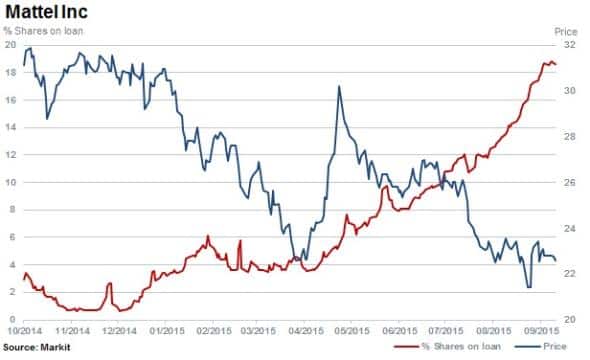 Some old, some new

Gamestop saw the sixth largest rise in short interest over the past three months and remains the most shorted company in the S&P 500. 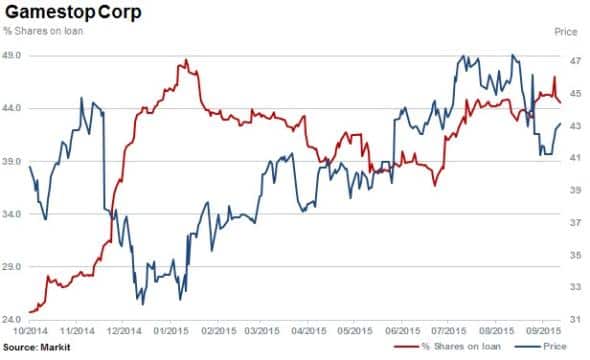 46.3% of shares outstanding are currently shorted with sellers pessimistic on the gaming retailer's business model as digital content is increasingly downloaded direct to consoles. 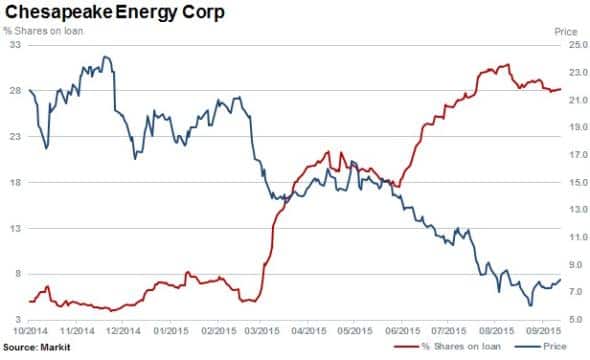 Chesapeake Energy is a familiar name on the S&P 500 most shorted list. With a 7% point increase in short interest over the past three months, it has become the second most shorted in the S&P 500 with 28.1% of shares outstanding on loan. Strongly influenced by energy prices, investors have increased short positions as the glut in global oil supplies continues to put pressure on prices. 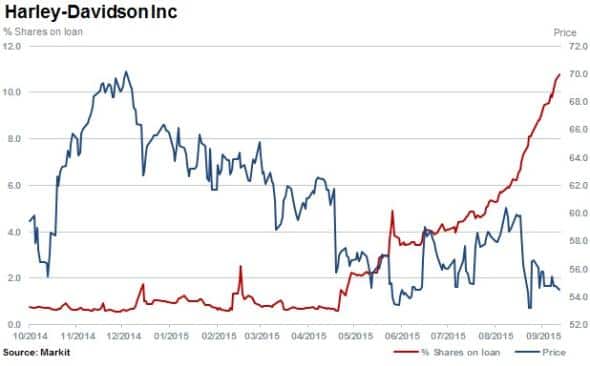 Featuring among those seeing a large surge in short interest in the last three months are Harley-Davidson and ADT. The former has struggledagainst a stronger dollar and subsequent cheaper competitive imports in its core market, the US. 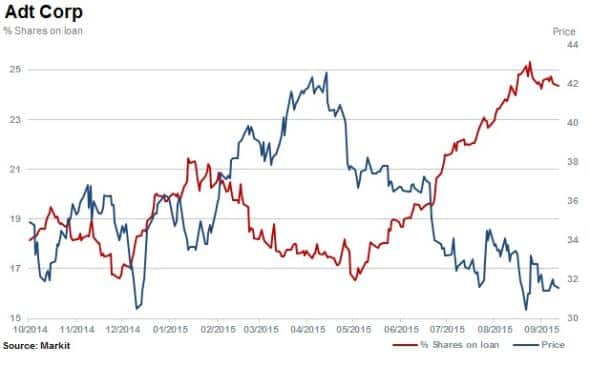 Since the beginning of the year, ADT has attracted short sellers. Short sellers have returned to ADT after covering while shares fell 24% in the last six months. Short interest has increased from a fifth to a quarter of shares currently outstanding on loan.