Australians are now led by their fourth prime minister in two years after Malcom Turnbull galvanised the country's ruling coalition against Tony Abbott, who held the job for the last two years. This move puts an end to a long running leadership saga that threatened to plunge the country into further political instability given the recent slipping popularity of Abbott among the Australian electorate.

While the former investment banker is largely viewed as a positive step by businesses, the fact remains that Australia's export dependent economy still faces its toughest challenge in a generation. Some commentators are now speculating that the country could face its first recession in 24 years.

This uncertainty is reflected in the CDS spreads related to Australian debt, which have barely moved in the wake of Abbott's ousting.

Australia's sovereign CDS spread moved only 1.6bps tighter following Abbott's ousting. The latest spread stands at 44bps which is within three basis points of the yearly highs seen in mid-August and roughly 50% higher than the levels seen six months ago, just before the recent commodities slump. 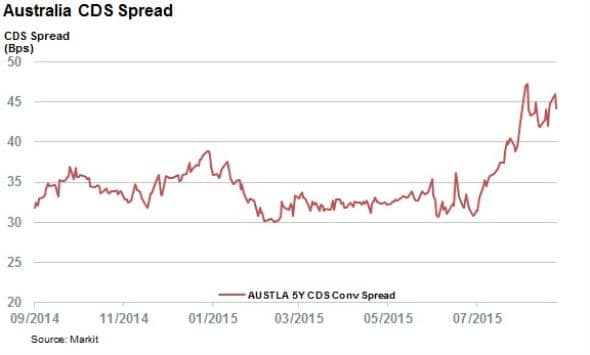 The fact that investors are treating Australian sovereign credit with increased scepticism in recent weeks should come as no surprise as the softening iron ore market has seen the lawmakers lower their forecasted tax revenues by AUD 20bn in the latest budget.

The country's corporate CDS spreads, which are linked to commodities, are even more affected, and the recent slump has seen the Markit iTraxx Australia index, which tracks the 25 most liquid corporate Australian CDS contracts, surge to a new two year high. The latest index level stands at 113.6bps, a number which has been flat since the news of Abbott's departure. 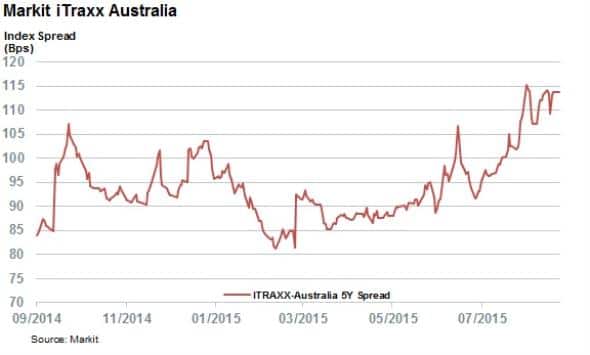 The flat intraday move hides the fact that the number of index constituents seeing their CDS spreads trade wider than Monday's close outnumbered those that were trading tighter by a factor of five to one.

The names that were trading wider on the recent news include AMP Group, whose five year spread was 7.5bps wider at 105bps, a new yearly high for the wealth management company. 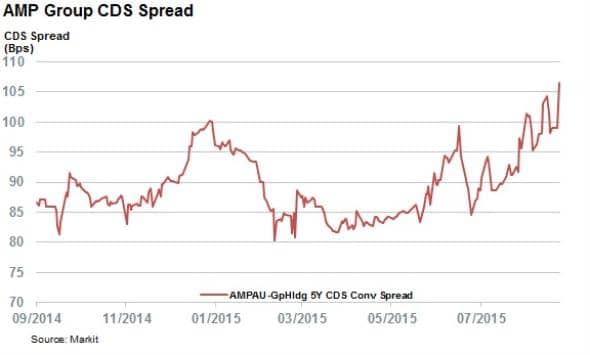 The other two firms seeing the worst intraday credit deterioration in the wake of Abbott's ousting were Crown Resort and Lend Lease, both of which have large exposure to Australia's domestic market and its recent weakness.