There will be plenty of fresh evidence on the health of the global economy in a week in which political and business leaders gather in Davos.

On Thursday, the ECB holds what is one of the most eagerly-awaited meetings of recent years, with speculation having mounted that the Governing Council will announce new quantitative easing that will include the purchase of government debt. Anything less than full-scale QE will be a huge disappointment to many in the markets, with aggressive action being seen as increasingly necessary after data showed deflation taking hold in the region and the economy struggling to achieve any growth at the end of last year.

Before the ECB meeting, eyes will be focused on the Bank of England. The minutes from January's Monetary Policy Committee meeting will be released on Wednesday alongside the latest batch of labour market data. The minutes are likely to have shown that, although policy was unchanged, the MPC has become more concerned about a slowdown talking hold in the UK alongside wider global economic growth worries and falling inflation, warranting increased patience in determining when interest rates will start rising.

The labour market data are likely to show a further drop in UK unemployment to 5.9%, its lowest since August 2008, and rising wage growth. The improvement will keep alive the expectation that UK rates may start rising by mid-year, but any signs of wage growth not accelerating will push rate hike expectations out further, possibly into 2016. 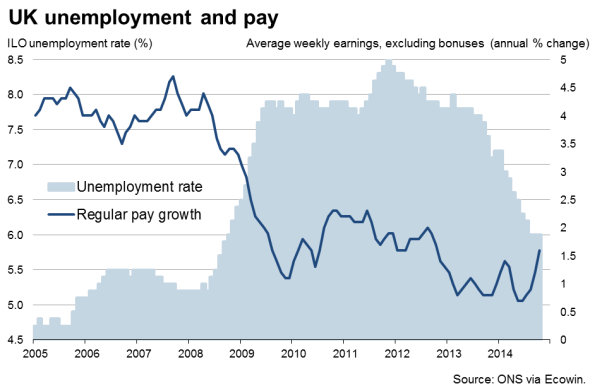 In Asia, fourth quarter GDP data are set to confirm expectations that China's economy slowed further from the 7.3% annual rate seen in the third quarter, rounding off the country's worst year for a quarter of a century and missing Beijing's growth target of 7.5%. A target of around 7% is expected to be set for 2015. 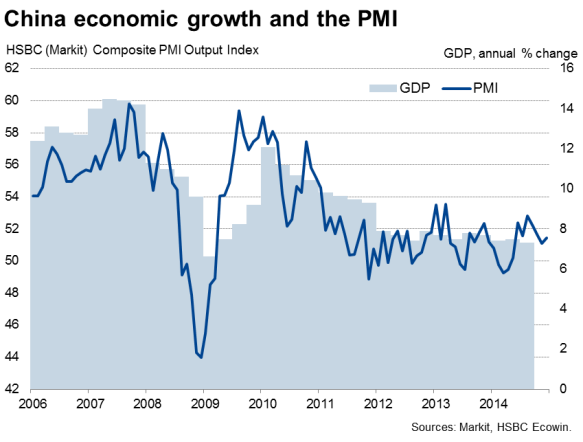 Industrial production data for Japan will meanwhile provide an insight into whether the world's third-largest economy is lifting out of recession, PMI survey signals of a modest economic revival late last year. 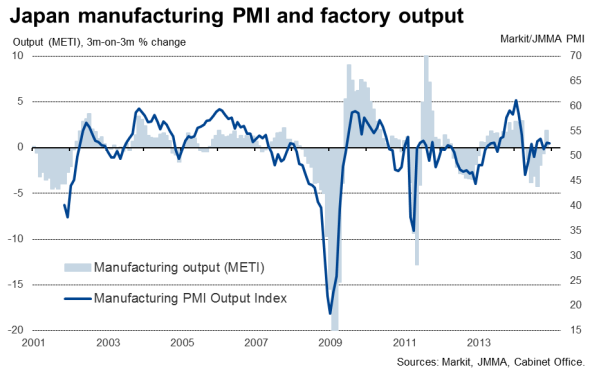 The week culminates with the release of flash PMI data for China, the eurozone, Japan and the US, which will provide the first signals on global economic trends at the start of 2015. The US data in particular will be important, as recent surveys have shown an unexpected slowing in the US economy, which is only just beginning to appear in official data such as retail sales. Further signs of US weakness could push out interest rate hike expectations into late-2015. 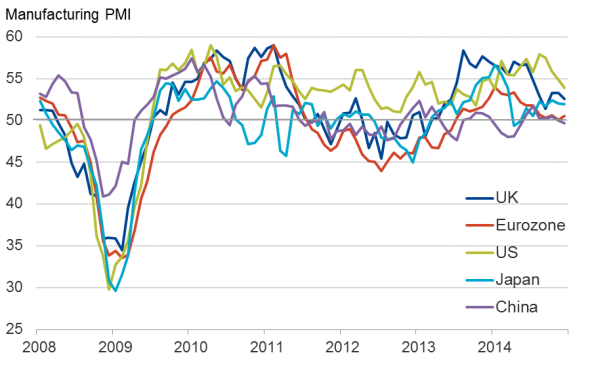 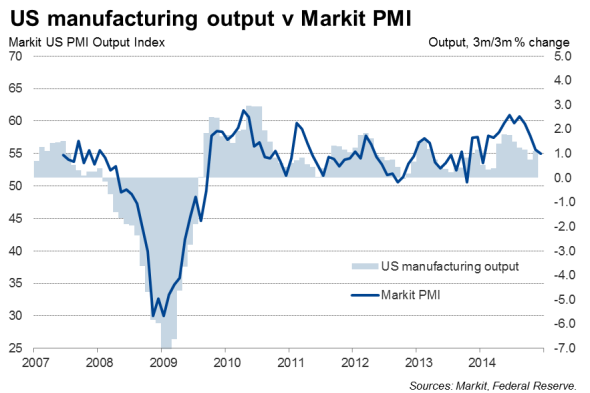 First out on Monday is the Markit-compiled Bank of Scotland Report on Jobs.

In Japan, consumer confidence and industrial production figures are released.

GDP numbers for the final quarter of 2014 are out in China, as well as industrial production, investment and retail sales data.

Foreign trade data are published in Italy, and there is an update on Spanish industrial orders and turnover.

Monetary policy meetings are held by the central banks of Brazil, Canada and Japan, while the minutes from BoE's last meeting are published.

Other highlights in the UK include unemployment and earnings data.

Building permits and housing starts figures are out in the US.

Consumer inflation expectations are released by the Melbourne Institute in Australia.

The Conference Board Leading Economic Index for China is also published in the early hours, followed closely by the BoJ Monthly Economic Survey.

Jobless claims and house price data are out in the US.

Markit releases its Flash PMI data for China, Japan, the eurozone and the US, as well as the Knight Frank UK House Price Sentiment Index.

December retail sales figures are issued in both the UK and in Ireland.

Inflation numbers are published in Canada, while the Conference Board's leading indicator and house sales data are the highlights in the US.