Short sellers have been holding their breath in recent weeks as the average short interest across global oil and gas stocks plateaued, with momentum slowing amid a flurry of M&A activity and recovery in oil prices.

The recently announced acquisition of British Gas by Royal Dutch Shell sent shares in BG soaring and is widely expected to set off similar transactions in the industry, triggering a wave of transactional consolidation, rationalising the industry for the first time in over a decade.

This could bring an end to the consecutive increases in shorting levels seen in the sector. The average shares outstanding on loan of global oil and gas companies with market caps above $100m USD have plateaued in recent weeks; the first signs of optimistic sentiment returning to energy markets. 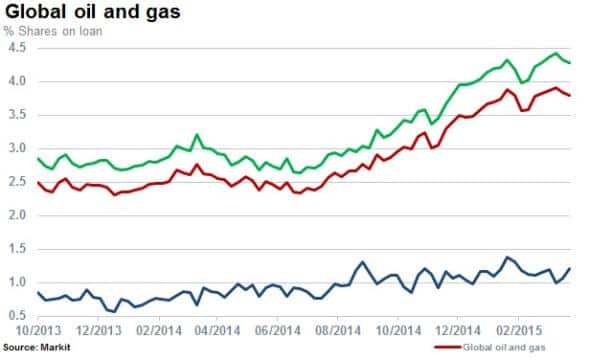 Short sellers’ resilience is being tested after building up positions in companies over the last six months as oil prices continued to decline. Average shares outstanding on loan in the oil and gas sector increased by 52% during this period, reaching a high of 3.8%.

Energy bulls are hoping for US crude output and inventory levels to decrease with price rises finally on the horizon. Over the last six months investors in oil ETFs have built up significant positions of over $6.6bn. The build-up of positive exposure to oil occurred while the oil price continued to decline. Some investors seem to have lost patience in recent weeks and have taken profits on recent spikes in oil prices. Outflows of $590m occurred after consecutive cumulative inflows recorded of $7.2bn since October 2014. 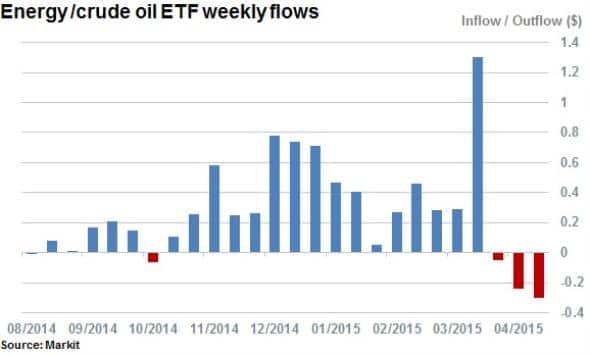 Investors have given their vote of confidence in the Shell and BG deal as bond spreads tightened, rewarding debt investors and providing further momentum for top down industry consolidation.

Smaller, higher cost producers are typically more leveraged and undercapitalised. Coupled with lower oil prices pulling down valuations, buying opportunities for large companies might be numerous. Spreads between majors and minors have widened as the oil price has declined, reflecting investors’ operational concerns in the additional required yield for holding the minors.

The distribution of the size of companies above $100m in market capitalisation globally in oil and gas sector is as follows:

As firms consolidate, signalling to investors that acquiring businesses will return more to shareholders than their now curtailed expansion plans. As a result, short sellers and investors alike are reassessing their positions.

A company which is among the most shorted oil and gas stocks, but by size is an outlier, is Chesapeake Energy Group. With a market cap of $9.8bn, six times that of its most shorted peers, the company has seen significant short interest since the end of February 2015.

Opposing the views of short sellers is billionaire investor Carl Icahn, who has recently increased his stake in the company during the same period which has seen short interest increase by 55% to 21%. 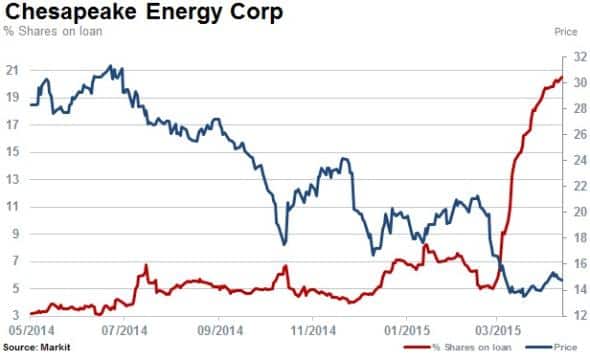