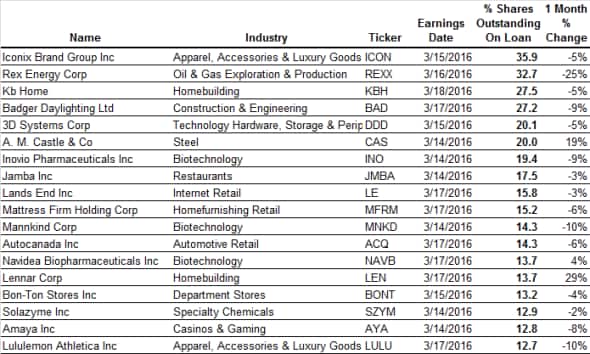 Fashion conglomerate Iconix Brand, whose portfolio includes such names as Ed Hardy and Lee Cooper, finds itself the most shorted company announcing earnings this week. Short sellers have circled since the firm announced disappointing results which saw half its share price wiped out. The slump in stock price came after the firm lowered its guidance based on weaker than expected demand for merchandise linked to the popular Peanuts franchise, which Iconix acquired the rights to in 2010. Demand to borrow Iconix shares from short sellers was already high at over 20% before the last earnings update, but the price collapse has done little to satiate bearish investor sentiment as short sellers have gone on to increase their positions by over 50% in the last three months.

Another high conviction short announcing earnings in the fashion sector next week is sportswear firm Lululemon which has 12.7% of shares out on loan. The company also proved to be profitable for short sellers last year, but bets against the firm have waned heading into this earnings season. Shorting activity has fallen by a tenth over the last month.

Homebuilders are another top short target for the week ahead which comes at the heels of disappointing results from fellow builder Hovnanian last week. This weakness in US homebuilding has emboldened short sellers in the rest of the sector. KB Home and Lennar, which are due to announce earnings on Wednesday and Thursday respectively, both see short activity hover near yearly highs. 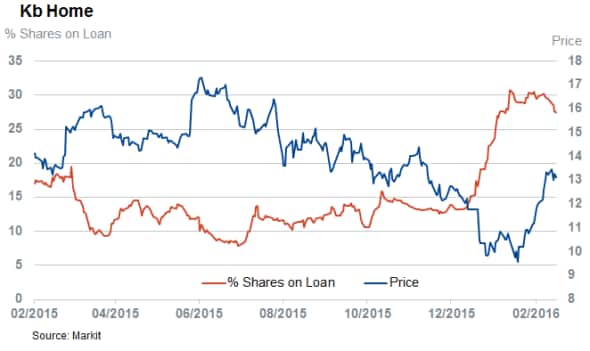 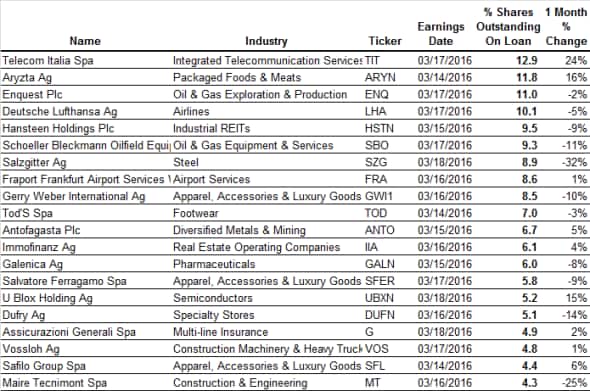 Italian telecom firm Telecom Italia is the most shorted company announcing earnings in Europe next week as just under 13% of the firm's shares are out on loan. Telecom Italia has seen its shorting activity increase by a quarter in the last month. But it's worth noting that this number could be skewed, as the firm has a large convertible bond issue outstanding which makes it susceptible to arbitrage between these bonds and its equity. 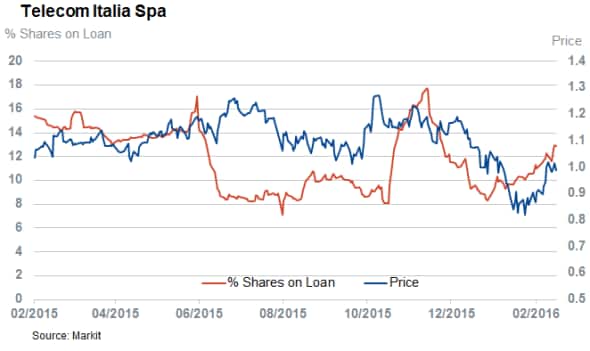 Several Italian fashion houses also find themselves in the most shorted list with Tod's, Salvatore Ferragamo and Safilo Group all seeing more than 4% of their shares shorted. Bearish sentiment in the sector stems from price slumps driven by questions about the demand for luxury goods worldwide in the wake of the recent economic slowdown.

Negative sentiment towards shares announcing earnings this week is not restrained to Italian firms, as German airline Lufthansa sees over 10% of its shares shorted before its earnings announcement on Thursday. This represents an all-time high for the firm as investors worry about the company's ability to compete with low cost carriers and upstart Eastern long haul carriers. 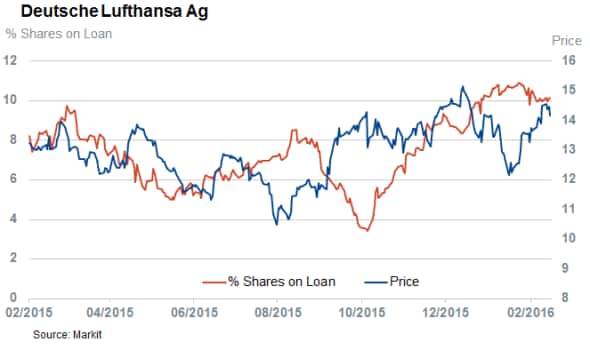 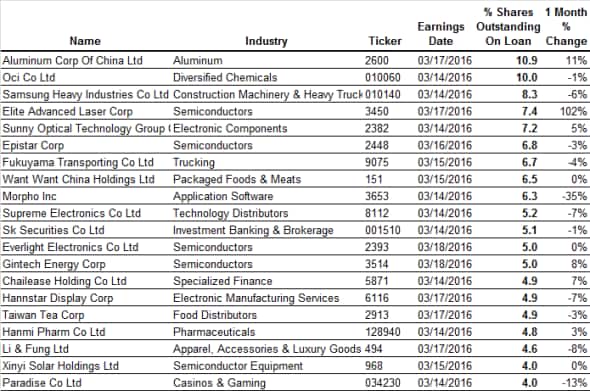 This week also promises to be a busy one for Asian short sellers as 20 firms see more than 4% of their shares out on loan heading into earnings. The most shorted form of the lot is Hong Kong listed Aluminium Corp of China which has seen its short interest more than double since the start of the year as Chinese growth continues to stall. Another popular way to play the Chinese slowdown has been to short shipping related shares. This week sees shipbuilding firm Samsung Heavy Industries enter this earnings season with an all-time high short interest after having seen its shares nearly halve in the last 12 months as the shipping industry cuts back on new ships to deal with a glut of supply.