Oil refiners have previously benefited from sliding prices and inflating margins but with a steady recovery in crude prices eating into refining profits short sellers are targeting the sector in earnest.

Recovering oil prices has brightened investors sentiment across the energy sector, but the surging price of oil has not been cheered by refining firms as their margins have shrunk, attracting short sellers in the process. 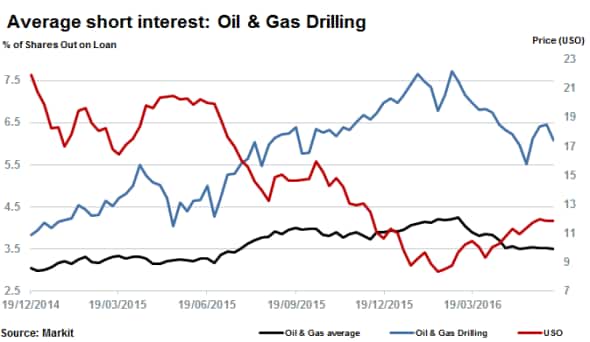 Average short interest across global oil and gas stocks has continued to decline, with short sellers covering a fifth of positions on average. While shorting levels are relatively lower at refiners, a marked increase in levels has been seen as the benefit of declining prices reverse. 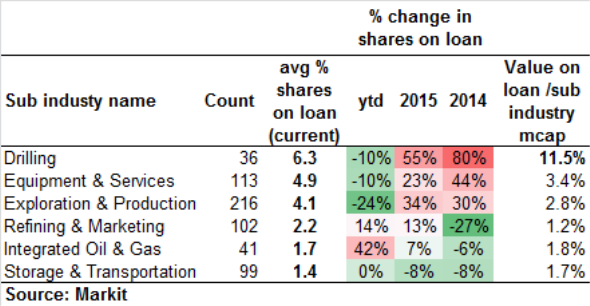 Oil prices, tracked by United States Oil Fund ETF (USO) have recovered 42% from their lows which has in turn seen short sellers cover their positions among both services and primary producers. Current average short positions across global services firms in the drilling and equipment subsectors are now down by a tenth ytd.

Primary producer firms which make up the exploration and production subsector have felt this trend even more as average short interest across these firms is down by nearly a quarter ytd. However, these subsets still represent the most shorted segments of the energy industry.

Oil refiners, which benefited from the 'crack' spread in a declining price environment, proving a winning bet for investors, have now become the hot short in recent weeks as short interest across the sector has headed in the other direction to its services and production peers. Margin expansion (on lower input costs) has turned to contraction and short sellers have been seen increasing their positions. 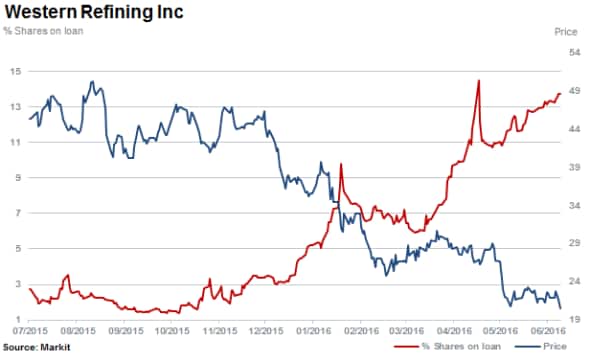 Western Refining is the most shorted refiner globally with short interest increasing tenfold in the past year to reach 13.3% currently. The company's stock has halved during this time.

Over 40 times the size of Western Refining by market cap but not classified as 'integrated oil & gas', Phillips 66, the fourth largest refiner in the US has seen elevated short interest levels in the past six months. 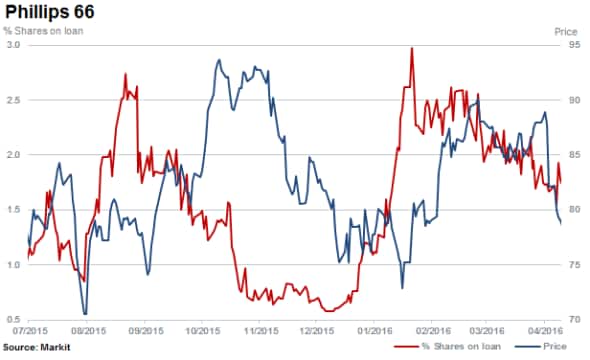 Absolute short interest is relatively low at the Phillips 66 at 2.3% however; this represents $835m in aggregate short positions, twice the level seen six months ago.

While refiners may be struggling as their margins suffer, the most shorted companies remain the drillers.

Offshore driller Atwood Oceanics is the most shorted oil & gas name with almost a third of its shares outstanding on loan. Targeted for some time, the stock has tumbled 61% in 12 months. 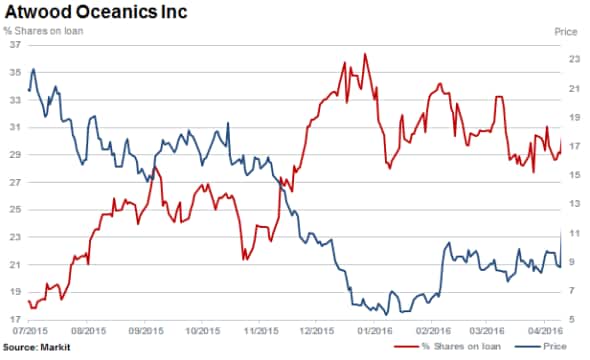 Shares in Helmerich & Payne have rallied 22% year to date but short sellers have continued to increase positions, with short interest doubling in the past year to reach 24%. 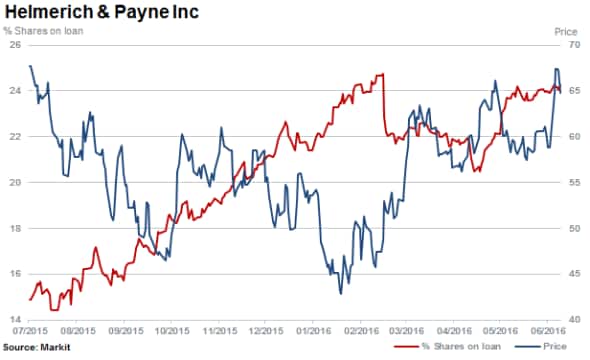 The US recently stepped up its anti-money-laundering practices. Are you clear on what the new rules mean for disclo… https://t.co/Get5Xu1xqh

Join our speakers, Rishi Kotecha and Chris Sparenberg, at this year's SuperTechnology North America event as they d… https://t.co/kogtIShxWB