Short squeezes are dreaded by investors. However, the new Markit Research SignalsShort Squeeze model sheds light on frequency and factors that make stocks susceptible to squeeze.

For a copy of the full short squeeze report please contact press@markit.com

Shorts sellers have by and large had a successfully been able to uncover underperforming stocks over last few years, despite the bull market. Despite being able to successfully identify underperforming shares the ever present spectre of "short squeezes" continues to haunt short selling practitioners, owing to the potential limitless losses incurred by a runaway short sale.

What is a short squeeze?

A short squeeze is generally seen as a situation in which shares see an abnormally large price movement, forcing short sellers to close out positions, often at a loss.

As to how prevalent the phenomenon is, Markit's Research Signals research found that the shares which see heavy shorting activity "squeeze" on 0.94% of trading days on averageduring the model development period of January 2011 - March 2014.

This analysis is based on the Markit US Total Cap Universe, which comprises 98% of US shares by market cap, looks at all events in which a share price spikes abnormally followed by five subsequent days of short covering.

What do short squeezes have in common?

A deeper dive into the phenomenon reveals that the shares which are most likely to squeeze are those which have a large proportion of out of the money short positions. In addition, those with a large concentration of short sellers near their break-even point are more likely to see an unprofitable unwinding of their short base.

This "capital constraint" theory only tells half the story however, as the research found that short squeezes are also instigated by catalyst events such as positive news, earnings announcements and abnormal trading volumes. 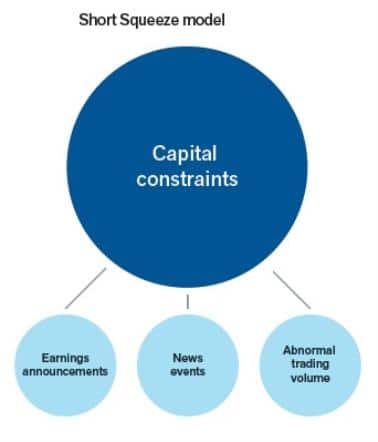 As a result, the group of the short targets which are the most susceptible to short squeezes, as defined by having a combination of capital constraint and catalyst events, are over 75% more likely to squeeze then the rest of the heavily shorted universe.

Overall, this group of most likely to squeeze shares saw squeeze events during 1.67% of trading days during the back test period between January 2011 and March 2014.

This high propensity to squeeze has the potential to eat into short sellers' returns. In the 12 months since the model went live in April 2014, the short squeeze model has seen the shares which are most likely to squeeze outperform the universe of US heavily shorted US shares by 0.12% on an average daily (open-to-close) basis over the period of time when the model singled them out as likely to squeeze.

The recent spate of high flying casual dining IPOs has made fertile for potential short squeezes ahead of their earnings announcements this week. Polo Loco and Shake Shack both earn the highest possible short squeeze rank as of latest count owing to their upcoming earnings announcements and a large proportion of capital constrained shorts heading into this key catalyst period. 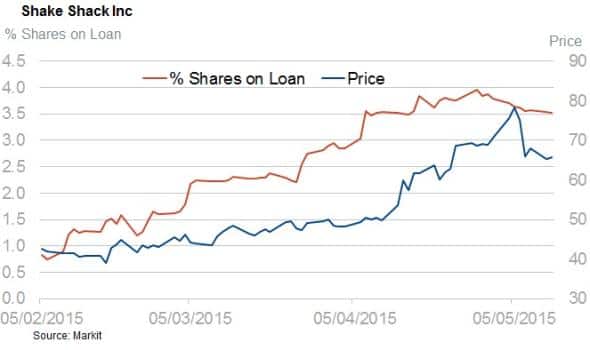 These are only two of the 81 names on the latest list of likely possible short squeezes; please feel free to reach out to find out more.