Saudi Arabia and UAE prove resistant to headwinds in March

Latest PMI data from Emirates NBD and Markit pointed to ongoing growth of non-oil private sector output in Saudi Arabia and the United Arab Emirates. Business conditions improved in both economies, despite both facing headwinds of a strong US dollar and low oil prices.

In fact, the respective PMIs were the highest in four months during March. Rates of expansion in output were particularly sharp, helped by further rises in new business.

In marked contrast, Egypt's non-oil private sector firms reported another contraction in activity during March, the sixth in as many months.

The downturn in Egypt may have reached its nadir, however, after the government decided to devaluate the pound midway through March. This arguably caused increased disruption at the time of data collection, thereby leading the PMI to post at a 31-month low. That said, looking further ahead, the depreciation against the dollar is designed to alleviate risk and allow the economy to recover through the remainder of 2016. 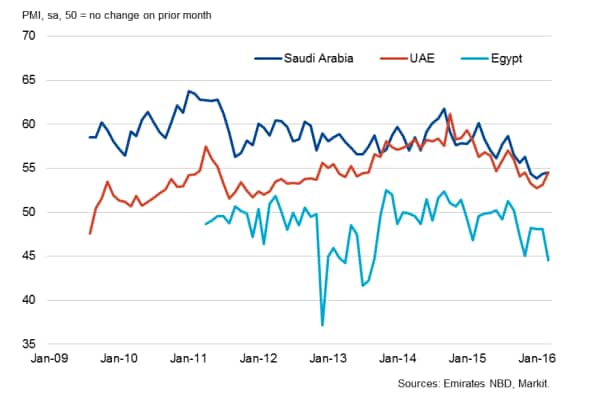 PMI data for Saudi Arabia and the UAE continued to challenge the theory that the countries are dependent on the oil industry to achieve growth. Despite sustained low oil prices, the non-oil private sectors have remained in solid expansion territory throughout the past six years. This has been vital to the health of both economies, with non-oil sectors making up more than half of GDP in both cases.

The respective improvements in business conditions were the strongest in four months during March, underpinned by further marked increases in output and new work. It is worth noting, however, that growth was rebounding from lows seen in January. On a quarterly basis, the Saudi PMI hit a record low in Q1, while the UAE PMI was the weakest in four years. 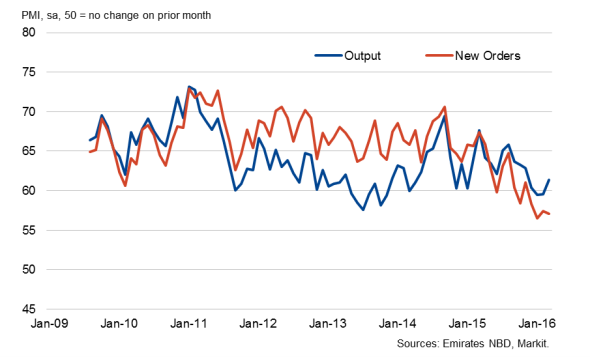 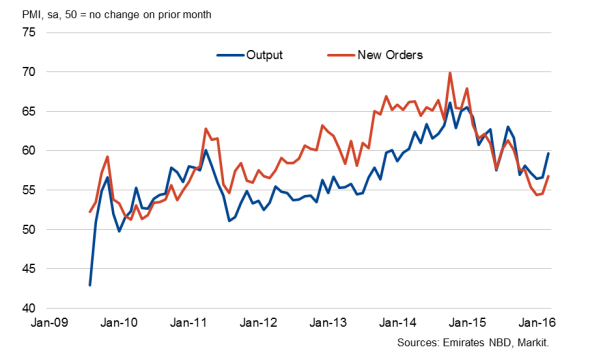 Data for employment raised another area of concern. Rates of hiring growth in Saudi Arabia and the UAE remained relatively weak in March, suggesting a degree of uncertainty surrounding the near-term outlooks. 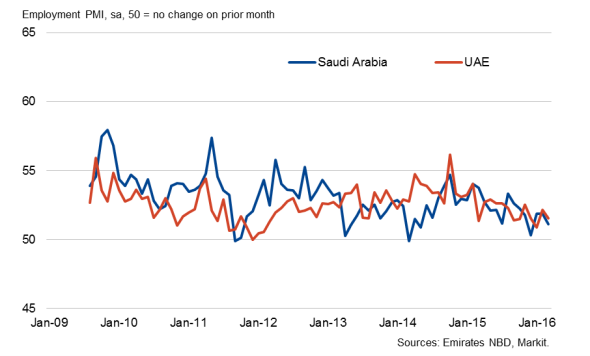 Firms in both economies indicated that they had engaged in price cutting in order to attract new clients. They also linked lower charges to greater competition.

In contrast to Saudi Arabia and the UAE, business conditions in Egypt's non-oil private sector worsened at the fastest pace in over two-and-a-half years during March. The downturn was driven by sharp reductions in output and new business. 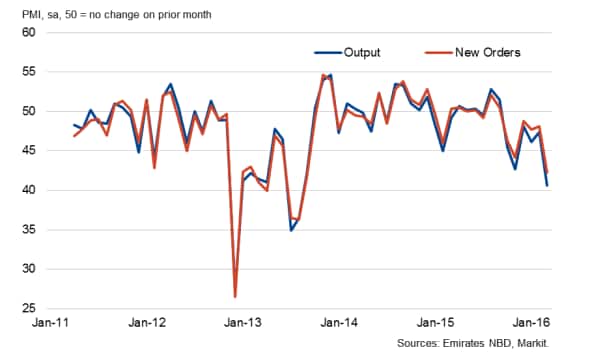 Surveyed companies often suggested that the overall contraction was linked to uncertainty about the exchange rate - the government decided to devalue the pound in March in the hope of reviving the economy. The weaker currency also contributed to the steepest rise in total input costs in nearly three years.

April's release of Egypt PMI numbers, scheduled for May 5th, promises to reveal more about the impact of this change. 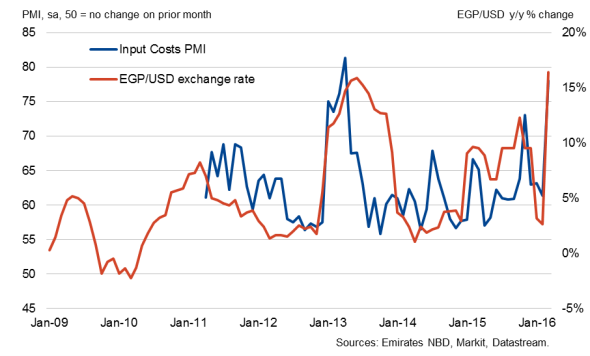 For more information regarding the MENA PMIs, please contact economics@markit.com.