UK pay growth is rising at a faster rate that inflation for the first time in five years, providing hope that the economic recovery is at last feeding through to real growth of household incomes. However, the latest release of official data also adds to signs that economic growth is slowing.

Excluding bonuses, regular pay was up 1.3% on a year ago in the three months to September compared to 0.9% in the three months to August, according to the Office for National Statistics. This is the first time since the third quarter of 2009 that regular pay has risen faster than inflation, which is currently running at a five-year low of just 1.2%. 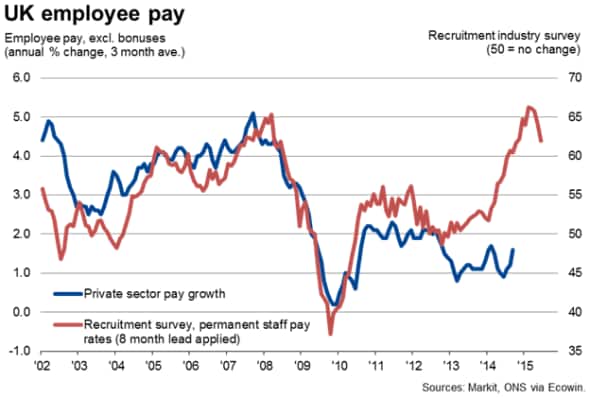 The relative weakness of wage growth in recent months has been a surprise, given the speed with which unemployment has fallen, but the latest data provide encouragement that the labour market upturn is finally feeding through to higher employee remuneration as the supply of available labour to fill vacant positions falls.

Although remaining unchanged at 6.0% in the three months to September, the unemployment rate has plunged from a high of 8.5% seen in late-2011, when the jobless total climbed to 2.71 million, to its lowest since September 2009. The total number of unemployed now stands at 1.96 million, down 529,000 on a year ago.

There are now just 3.0 people unemployed for every unfilled job vacancy, a halving from the peak of 5.9 seen in late 2011. With such few people available to fill vacant positions, wage growth normally picks up. With inflation down in September, and set to fall further in coming months, pay should therefore continue rise in real terms in the final quarter of the year with the rate of increase gathering momentum next year. 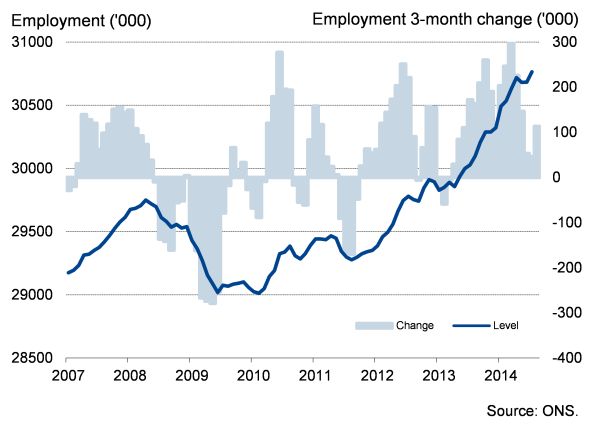 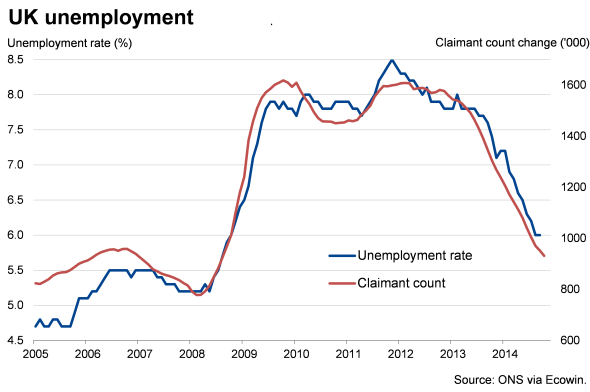 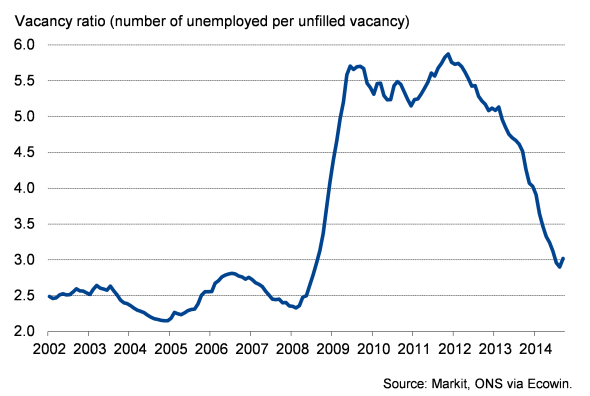 The news on wage growth is tempered somewhat, however, by some signs of a slowdown in hiring. Employment rose by 112,000 in the three months to September, down from 146,000 in the second quarter and 246,000 in the first three months of the year. The increase in the third quarter was in fact the smallest since the spring of last year.

Some cooling of the economy and the labour market is also being signalled by the business survey data. The Markit/CIPS PMI surveys indicated the slowest rate of economic growth for 16 months in October, while recruitment agencies reported the weakest rise in the number of people placed in permanent jobs for 11 months.

However, the slowing is so far only modest, and the surveys continue to point to robust economic growth and hiring in October. 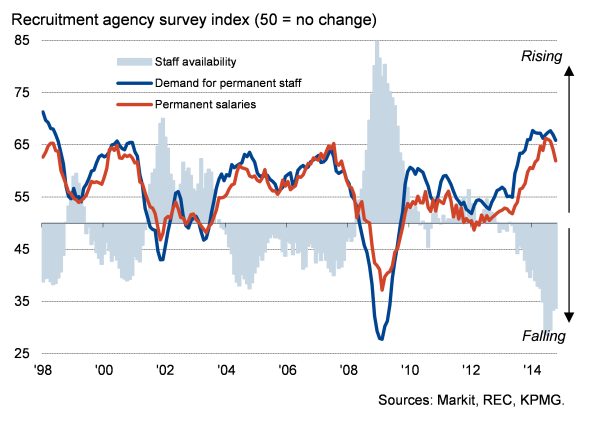