Noble downgrade turns spotlight onto who may be next

After Noble's credit rating was pushed to junk status last week, Markit reveals the names which may be next in line for a potential downgrade to junk.

Credit markets had long been pricing in Hong Kong based commodity trader Noble Group's recent demise to the depths of junk grade status. Its 5-yr credit default swap (CDS) spread, a measure of perceived credit risk, had been floating above 1,000bps for months before S&P decided to downgrade the name to junk last week.

Back in November, 21 investment grade credits were trading at 5-yr CDS levels that implied junk status, which included Noble Group. As of January 11th, that number has risen to 110, highlighting a significant shift in risk perception over this short space of time. 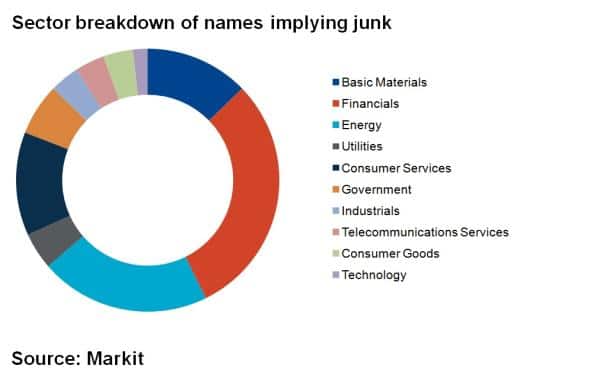 With global markets fretting about the potential impact of a weaker Chinese economy and commodity prices continuously hitting fresh multi-year lows, the next downgrade appears something of inevitability. 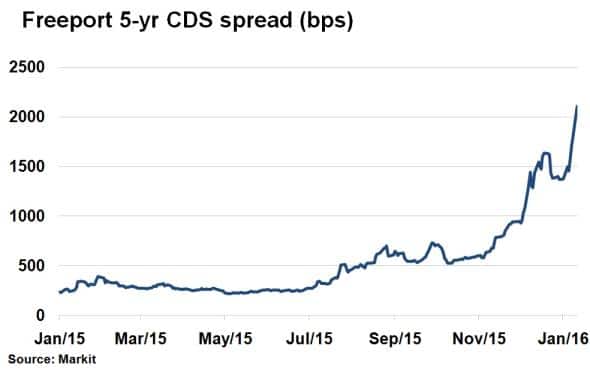 The US copper and gold producer has seen its 5-yr CDS spread trading at implied junk levels for the last six months. Troubles have intensified over the past month and credit spreads now imply a 79% chance of default within the next five years. Moody's placed the $6bn company on review for a possible downgrade just last week. 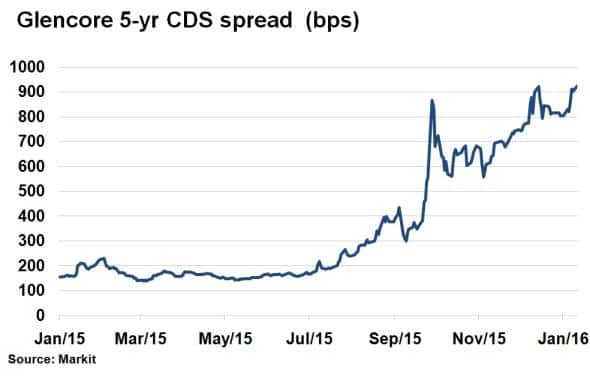 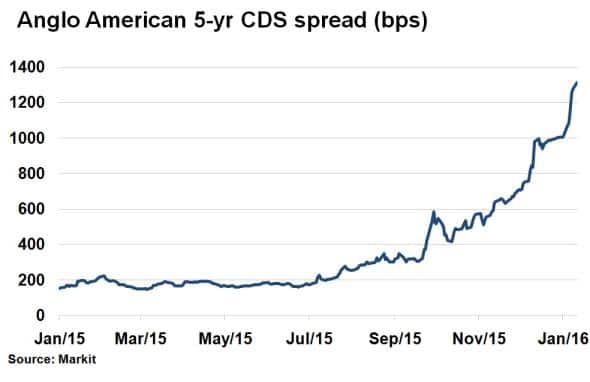 Just like Glencore, the international mining giant is frantically trying to rebuild its balance sheet through strategic portfolio restructuring. Shares have plummeted 80% over the past year and 5-yr CDS spreads have surpassed 1,000bps.

The Brazilian miner known for its iron ore production has seen its 5-yr CDS spread widen to 890bps as of January 11th, implying a CCC rating. As well as dealing with iron ore prices which have fallen from $190 in 2011 to $45 today, the company also faces liabilities arising from the environmental damage done by subsidiary Samarco last November.

Not to be confused with Noble Group, Noble Corp, the US offshore driller has continued to see its credit deteriorate over the past year. While it remains on the cusp of investment grade for now, CDS spreads are currently at all-time highs as the price of WTI oil approaches a $20 handle.