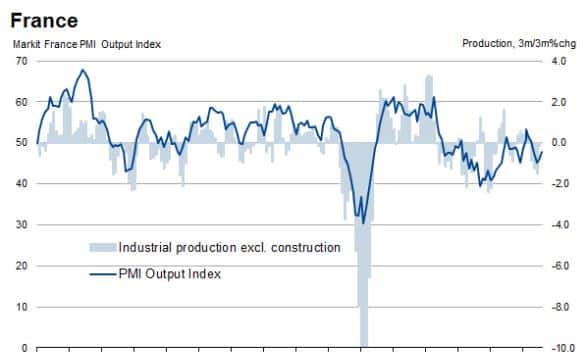 The French economy continues to struggle to avoid recession. Manufacturing has barely risen so far in the third quarter and exports are falling.

Manufacturing output fell 0.2% in August, building on a 0.1% decline in July. The wider measure of industrial production, which includes energy, was flat following a 0.3% rise in July.

The manufacturing number is usually the more interesting to watch, as it provides a more reliable guide to how busy factories are. Energy production can swing significantly, buffeted by weather in particular and distorting the underlying trend in activity.

Clearly, domestic demand remains subdued in France, not at least due to high unemployment (the unemployment rate is running at 10.2%) and businesses worries about the economic outlook. However, exports are also acting as a drag on the goods-producing sector. Exports fell 1.3% in August, matching an identical decline seen in July. Exports so far in the third quarter are down 1.0% compared to the second quarter, which will inevitably weigh on economic growth in the third quarter.

French GDP was flat in the first two quarters of 2014, and the data so far point to a further flat reading at best in the third quarter. However, the economy avoided recession only because of rising government spending. Private sector GDP fell 0.1% in the first quarter and 0.2% in the second quarter. PMI survey data suggest private sector GDP is likely to have fallen by perhaps 0.1-0.2% again in the third quarter. 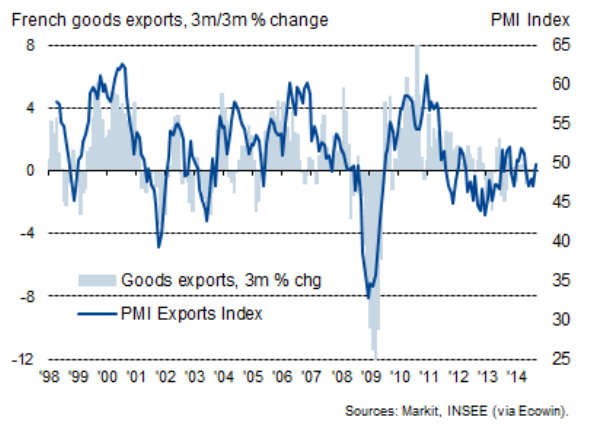 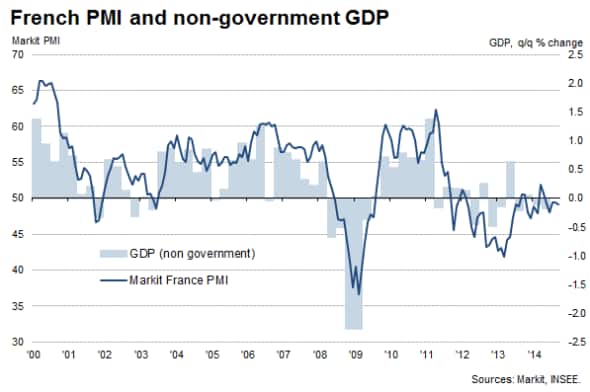