Recruitment industry survey data signalled another near-record surge in demand for staff in September. The jobs market continued to tighten, however, and widespread skill shortages led to yet another sharp jump in average salaries awarded to new starters. Some cooling in the numbers of people placed in permanent jobs was reported, though this was due in part to employers being unable to find suitable staff. 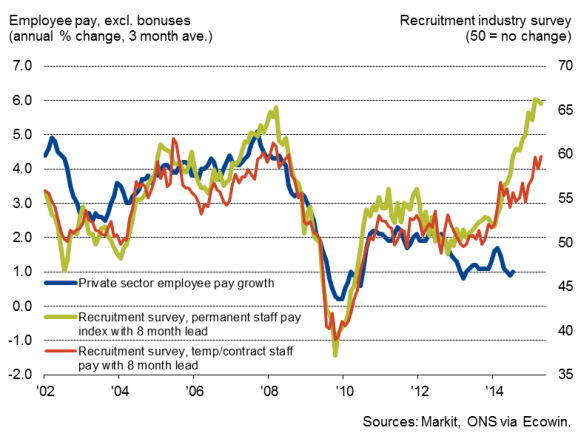 The survey data suggest that UK unemployment continued to fall over the summer, meaning official data should show a further decline from the latest 6.2% jobless rate recorded in the three months to July. We expect the headline unemployment rate to have fallen to 6.0% by September (data for which will be published in November). 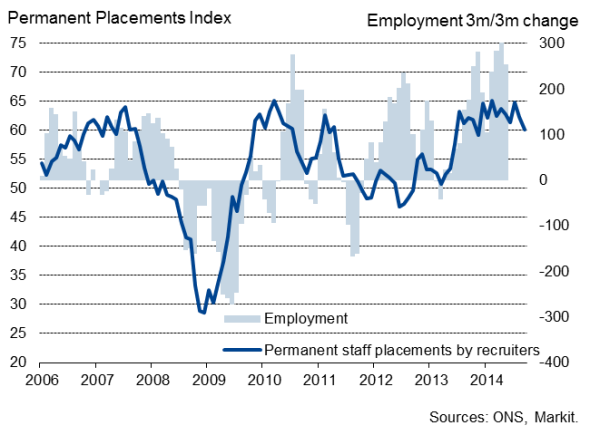 The sustained increase in employment over the summer will have helped drive up pay growth from the record low of 0.7% seen in the three months to June, picking up as we head towards the end of the year and helping to alleviate the squeeze on household incomes. However, with many workers tied to fixed pay reviews (including wage freezes) until next year, wage growth is likely to remain disappointingly subdued compared to the pace one would normally expect at this stage of an economic recovery in coming months. This at least provides policymakers with leeway to hold off from raising interest rates, meaning early next year remains the most likely scenario for a first rate rise.

Recruitment agencies reported that client demand for staff rose at one of the fastest rates seen since the late-1990s in September, continuing the growth surge that has been evident over the past year. Although some easing in growth of demand was reported compared to prior months for permanent and temporary staff, in both cases the rate of increase remained well above the average pace seen over the survey's history, indicating a booming labour market. 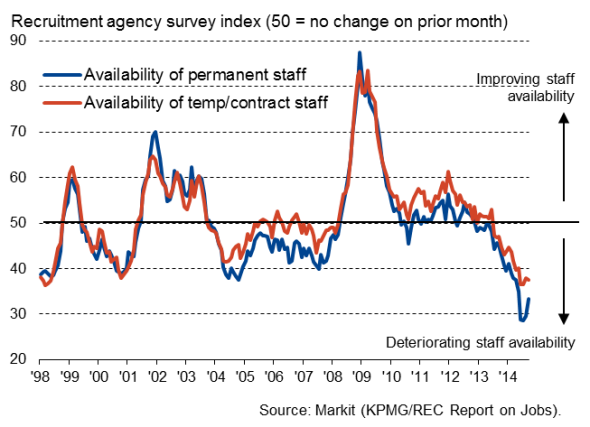 The steep upturn in demand for staff has led to increasingly widespread skill shortages. The third quarter has seen the steepest deterioration in the availability of suitable job candidates recorded by the survey since 1997, despite some modest easing in the rate of deterioration in September.

Problems finding suitable staff were in part responsible for a reduction in the rate of growth of permanent placements in September, the rise in which was the weakest since November of last year, though still elevated by historical standards of the survey.

Employers often shifted their focus on to temporary and contract staff to fill vacant positions, billing for which recruitment agencies reported to have risen at one of the fastest rates in the survey history in September, with growth picking up compared to August. 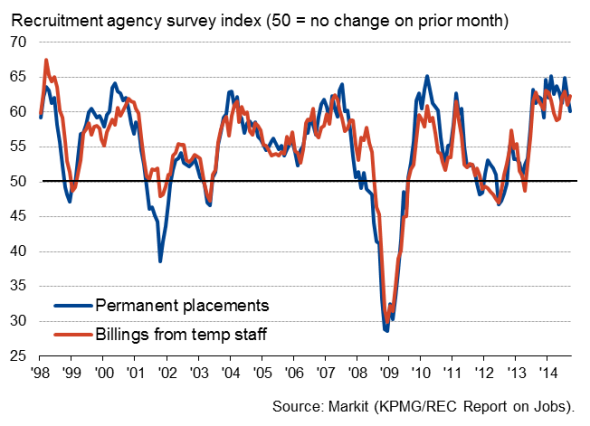 Pay rates naturally rose again as employers were forced to boost wages and salaries offered to permanent starters, contractors and temps alike. Although permanent staff pay rates grew at a slightly weaker rate than in the previous three moths, the rise was still one of the largest in the survey's history. Temp and contract worker pay rates meanwhile rose at the steepest rate for seven years. 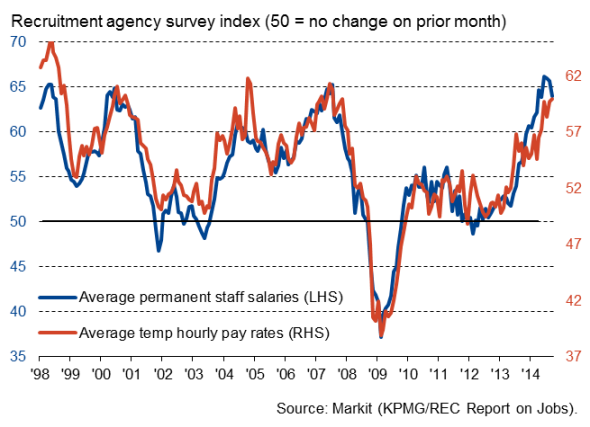 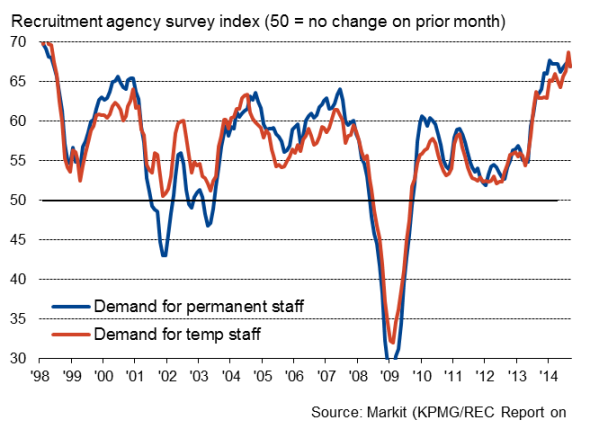