Despite vehicle dealers providing deep discounts to entice consumers in China, the lowest number of vehicles sold in over 17 months was registered in August. 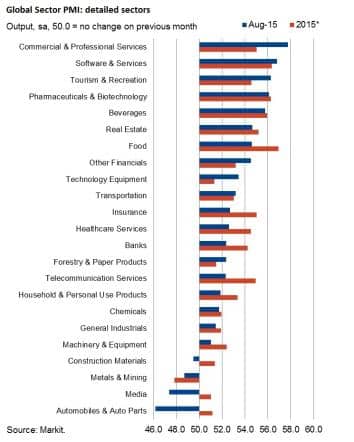 Additionally Markit PMI" data indicates that output for the global automobiles & auto parts sector suffered a drop in output in August for the first time since June 2013. The rate of contraction was the strongest since Global Sector PMI data became available in October 2009. Regional data signalled that output fell in Asia but continued to grow in Europe.

Shares in Japan based Daihatsu have suffered since the company reported an 18% decline in worldwide production as export sales declined more than that of local sales for July 2015. Short sellers have increased positions in the automaker by more than 40% to reach 7.4% of shares outstanding on loan in the last three months, while shares slid 25%. 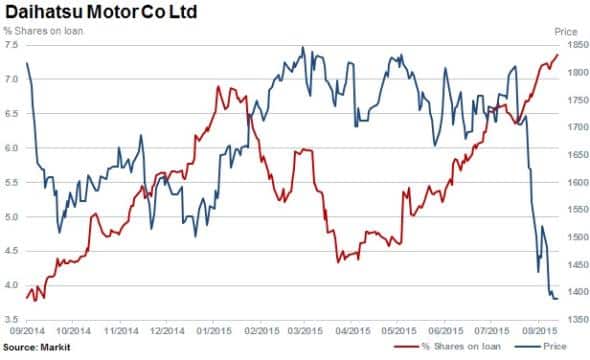 Short sellers doubled positions in Peugeot in the last 12 months with shares outstanding on loan increasing to 6.9%. July production figures from the company indicated weakness in certain markets with Peugeot and Citroen reporting lower sales figures in China. In 2014 Peugeot entered into a partnership with Dongfeng Motor as part of the company's "pillar" of its globalisation strategy. The strategy to increase exposure to China for growth has now attracted short sellers to the predominantly European car maker. 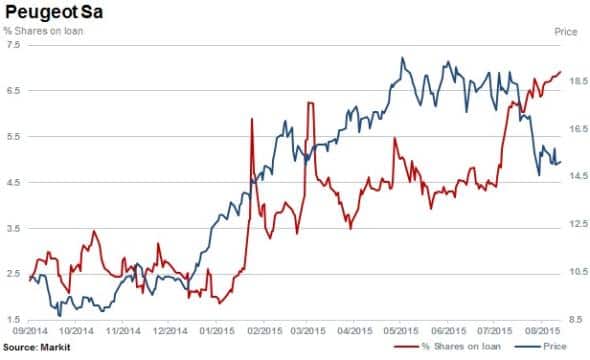 Short sellers covered positions in the Great Wall Motor Company as the stock rallied into 2015. Currently shares outstanding decreased from 6.8% to 1.1% with short sellers failing to benefit from the stocks subsequent six month 60% decline, possibly due to state prohibitions on short selling. 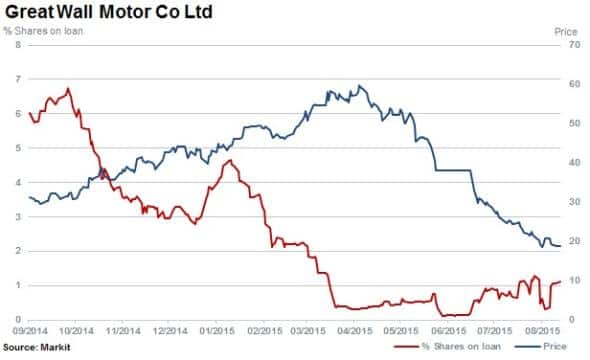 The most shorted automaker is Tesla Motors, despite reporting strong growth in China in the second quarter of 2015. The automaker has 21% of shares outstanding on loan with short sellers increasing positions by 18% since the beginning of August. Tesla Short sellers could be more concerned with the company's ability to continue to fund growth as it recently undertook a 2.7m stock offering to raise $642m. 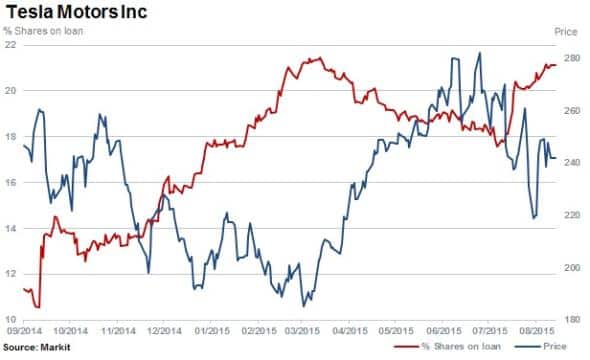 Short sellers have flocked to Harley Davidson (HOG) in the last three months with shares outstanding on loan increasing to 9.5%, a five year high. Short interest has not been at these levels since 2008/2009 when short sellers targeted the firm during the financial crisis. 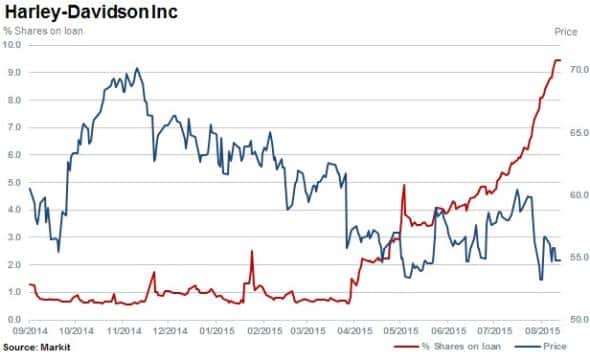 Short sellers have been successful in the past in predicting a slump in sales and share price performance of the American icon.