The following is an extract from IHS Markit's monthly economic overview. For the full report please click the link at the bottom of the article.

The global economy sustained robust growth momentum at the start of the second quarter, according to PMI survey data. The JPMorgan Global PMI", compiled by Markit from its various national surveys, recorded 53.7 in April, unchanged on March and in line with the average seen over the first quarter. Recent readings are higher than at any time since early 2015 and broadly consistent with global GDP growing at an annual rate of 2.5%.

Slower growth in the emerging markets was offset by stronger developed world expansion, led by Europe, to indicate that the global economy continued to enjoy its best growth spell for two years. While the Emerging Market PMI fell from 52.6 in March to a three-month low of 52.0 in April, the Developed World PMI edged up from 54.1 to 54.3, its second-highest reading in almost one-and-a-half years. 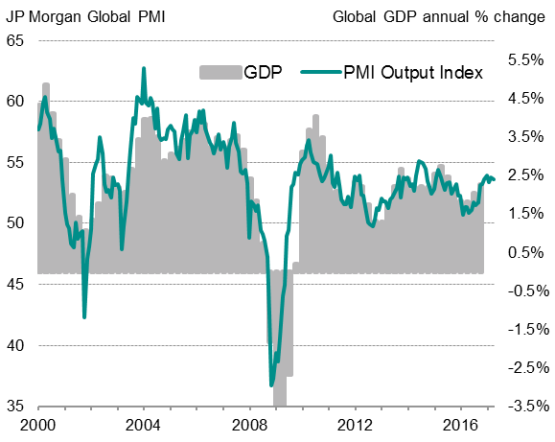 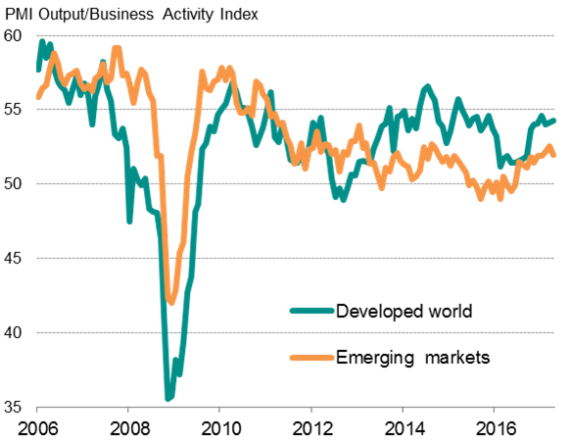 Source: IHS Markit.
* PMI shown above is a GDP weighted average of the survey output indices.

Of the four largest developed world economies, growth was led by the eurozone for the third month running, with the UK close behind. Both benefit from accommodative monetary policy and historically weak exchange rates, with few signs of political uncertainty derailing growth. Slower but steady expansions were meanwhile seen in the US and Japan, pointing to a broad-based - and robust - developed world upturn at the start of the second quarter.

While a key development in the first quarter of 2017 was a revival of emerging market growth, April saw momentum across the region slow, albeit with a mixed bag of PMI surveys. Slower expansions were seen in China, Russia and India but Brazil showed a welcome return to growth after a two-year recession. 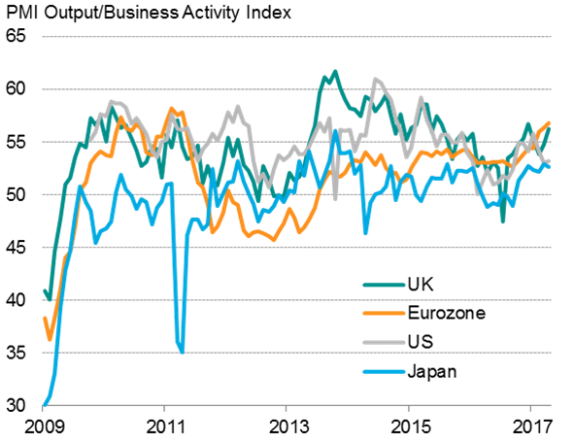 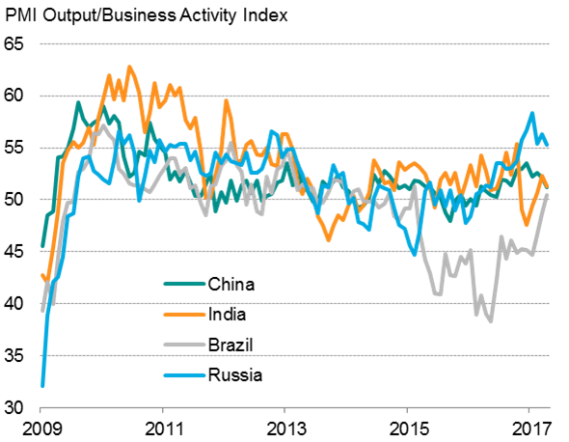