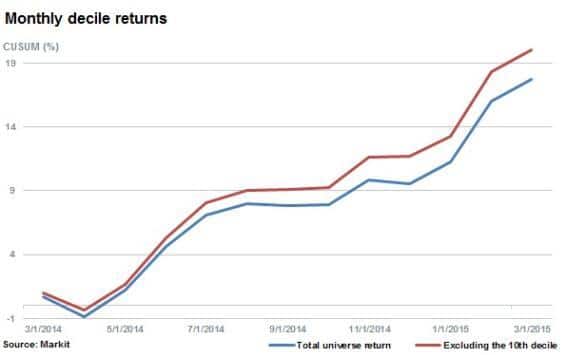 The most in demand and expensive to borrow stocks have unperformed the general Asian Pacific market over the last 12 months.

Shares which see the most demand from shorts sellers, or specials, have consistently underperformed the market, according to Markit Research Signals' Implied Loan Rate factor which ranks equities by the fee charged by custodians to lend stock to borrowers. This factor gauges bearish sentiment as measured by the demand to borrow companies' shares.

This strong comparative underperformance is more than just relative, as the average return of the most expensive to borrow shares has been negative over the last 12 months; the only decile group to exhibit this in the region.

Taking this trend into consideration, a strategy of buying the 90% of shares which cost the least to borrow in order to avoid the shares which exhibit the most bearish sentiment would have outperformed the Markit Apac universe by 2.3% in the last 12 months.

Tech and cyclical goods most shorted

The two most expensive sectors to borrow, represented by the number of constituents in the 10th decile, are currently cyclical goods & services and the technology sector. 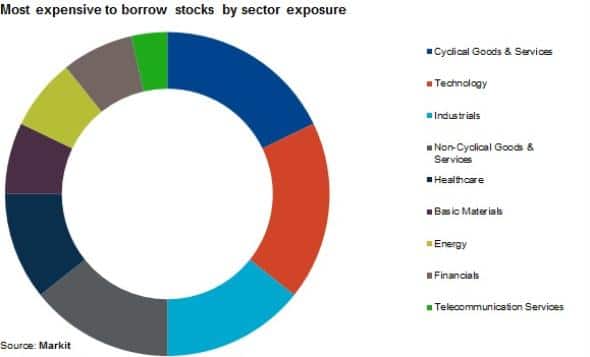 Japanese technology companies represent a large proportion of the most expensive stocks to borrow in Apac at present. Interestingly all are involved in mobile application and game development activities. Gree, Mixi, Igg and Gunghou all have stock borrowing fees in excess of 10% or 1000bps.

Shares in Gree, the maker of mobile games titles Beyond the Dead and Modern War among others, have declined by 18% in the last 12 months. The cost to borrow stock in Gree has tapered off since peaking in January but still remains high as short sellers have borrowed over two thirds of the available supply. 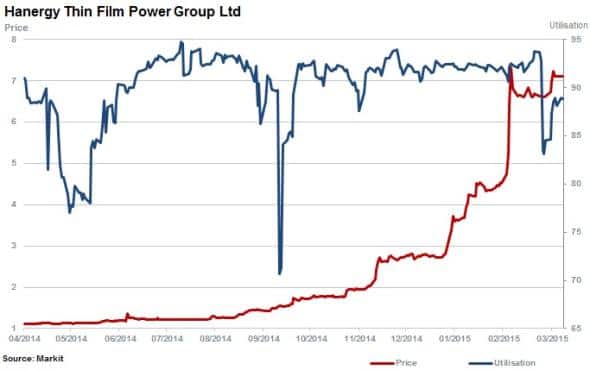 On the industrials side, one high conviction short sale is Hanergy Thin Film Power Group which costs more than 30% to borrow, making it the most expensive stock to short in Apac currently. While shares in the solar equipment manufacturer have risen by 540% in the last year, analysts are wary of the reliance of operations on parent company, Hanergy Holdings group.

Hanergy is tightly held with a thin free float and has had 90% of the available short supply utilised for much of the last year. The company now trades at six-fold the sector median price earnings multiple, which could explain why short sellers continue to have such conviction in the name which has rallied 155% in the last three months.