The following is an extract from Markit's monthly economic overview. For the full report please click the link at the bottom of the article.

Global economic growth lost a little momentum in February, according to PMI survey data, but remained robust.The JPMorgan Global PMI", compiled by Markit, fell for the first time in six months, down from January's 22-month high of 53.9 to a three-month low of 53.5. 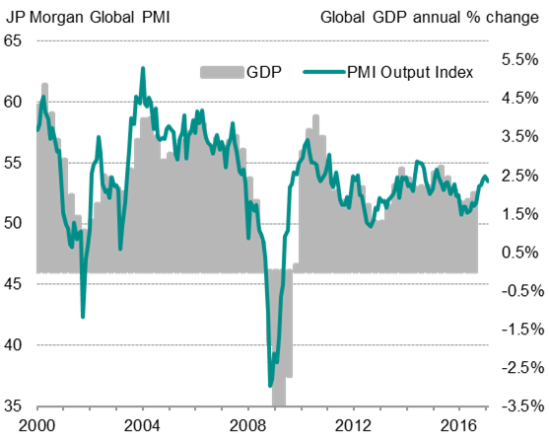 Despite the slight slowing, the survey data are consistent with global GDP rising at an annual rate of 2.5% in the first quarter, assuming no major change in momentum during March. Emerging market growth edged up to a 29-month high, but continued to under perform relative to the rich world, despite the latter recording the weakest expansion for three months. 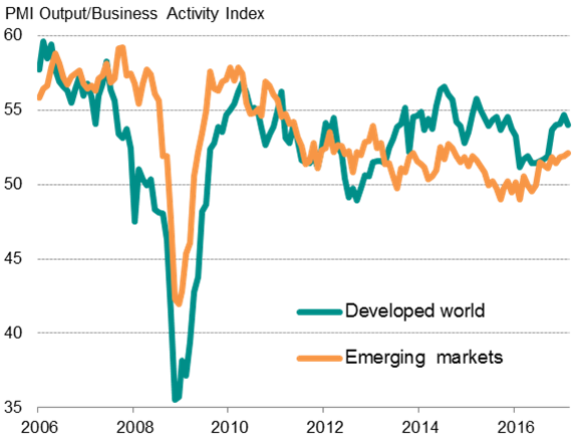 Developed world growth was led by the eurozone, where growth hit a near six-year high. Growth meanwhile slowed in the US, UK and Japan, albeit remaining robust in all cases by recent standards to suggest broad-based expansions among the four largest rich-world economies. Russia continued to lead the emerging market upturn, recording the highest PMI of the BRIC nations for the fourth successive month. Growth accelerated in China, and India returned to expansion for the first time since October, suggesting the economy is recovering from the disruptions of demonetisation. Brazil remained firmly in decline, though the contraction was the shallowest for almost two years. 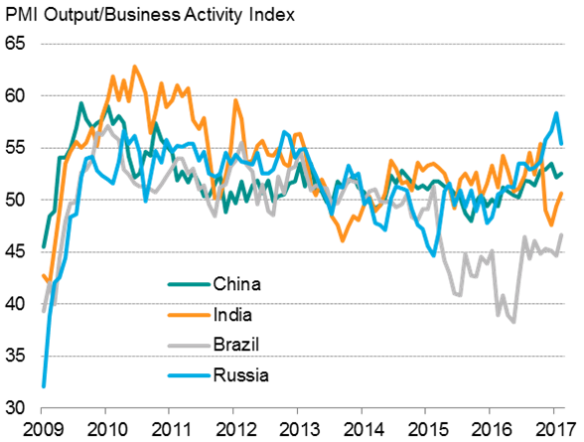 * PMI shown above is a GDP weighted average of the survey output indices.

Other global indicators also pulled back from highs at the start of the year but remain consistent with steady growth of business activity. Business optimism about future output dipped from January's 20-month high. This was partly due to reduce expectations in the developed world, though overall optimism remained at the second-highest level for over 1" years. Growth in new business likewise eased back from January's 28-month record. 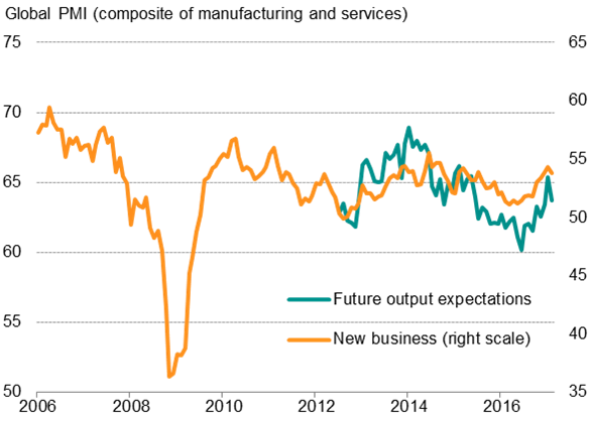 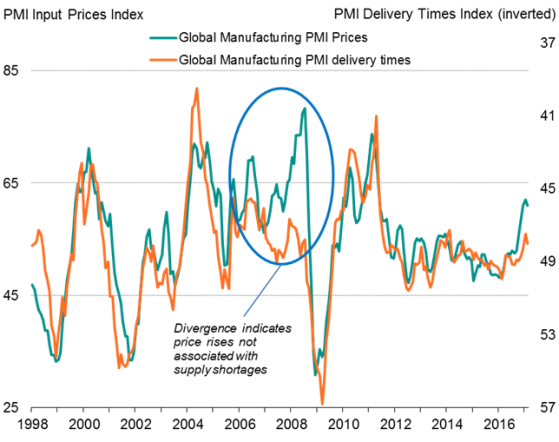