We review how short sellers are reacting to companies due to announce earnings in the upcoming week. 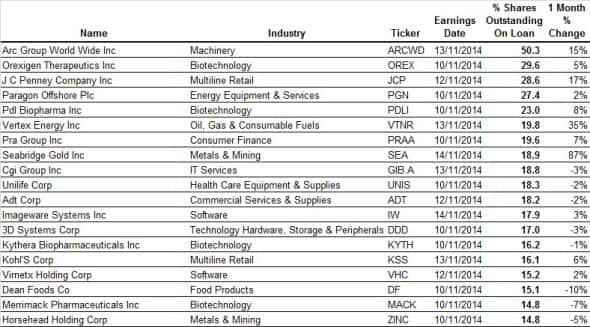 Top of US short interest activity this week ahead of earnings is advanced printing, specialised manufacturer and 3D printing firm ARC Group Worldwide. The company's shares out on loan have risen to 50% as the company received a deficiency notice from Nasdaq due to it being yet to file an annual report, which is now expected next week.

Another perhaps higher profile 3D printing company, 3D Systems, is in the top 20 US shorts reporting earning next week with 17% of shares outstanding out on loan. The firms shares are down 64% year to date after it's the company failed to deliver significant enough growth. 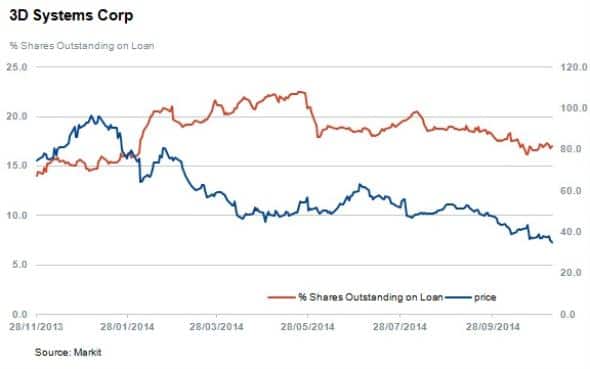 Biotechnology firm Orexigen Therapeutics takes thesecond most shorted position in the US with 29% of shares out on loan. The company announced FDA approval for an obesity drug called Contrave in September pending further side effects tests. The company is the third in the US to offer an approved product in the weight loss category. 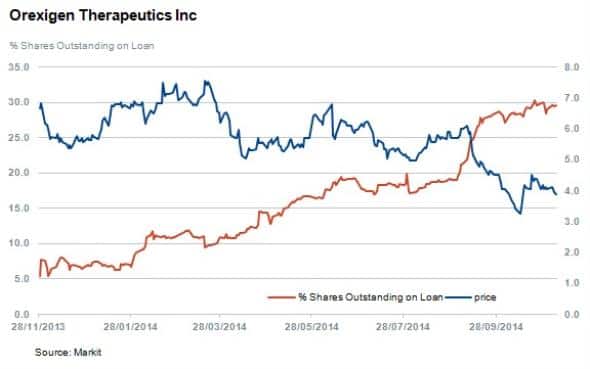 Retailer JC Penny is the third most shorted firm with 28% of shares on loan ahead of earnings. The market has been revising earnings downwards for expected increased losses and short sellers have returned to the counter despite the fact that the firm is forecasted to post its first revenue growth in three years. 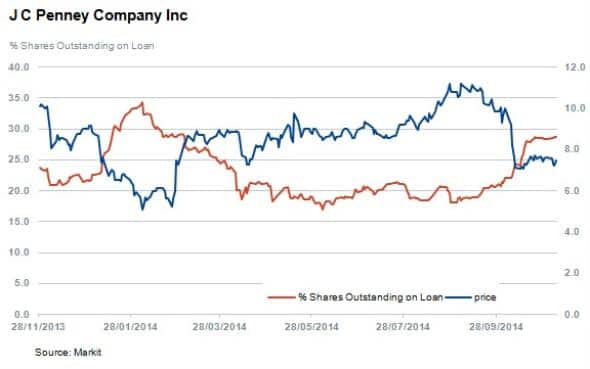 Seabridge Gold has seen the largest jump in short interest in the run-up to earning with an 87% jump to 19% of shares currently out on loan. The company's website states "Seabridge Gold Inc. is designed to provide its shareholders with exceptional leverage to a rising gold price." With the gold on a downward spiral, short sellers have accordingly locked on to Seabridge ahead of earnings. 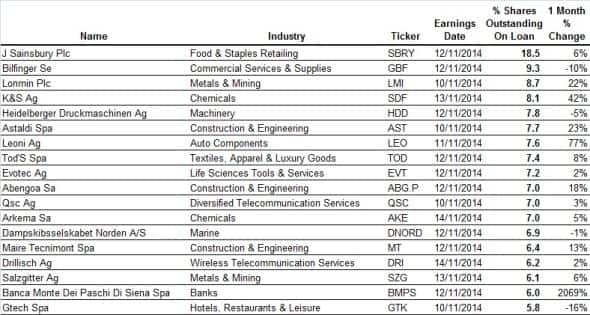 Short sellers have turned towards Sainsbury's as the market continues to bet against the UK 'big four' in a price war against the German based budget chains Lidl and Aldi. Shares out on loan have continued to grow in the last month and now stand at 18% of shares outstanding, an all-time high for the firm. 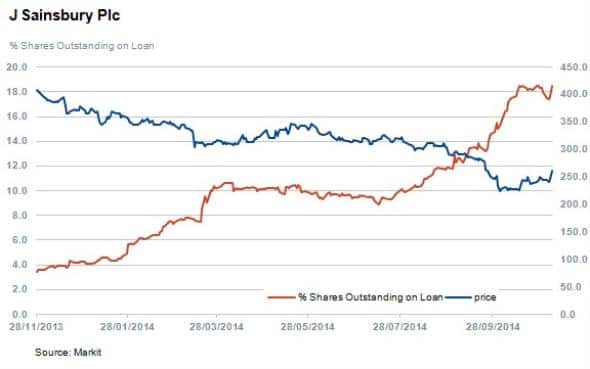 London based South African Platinum miner Lonmin has seen short interest increase 22% during the month to 9% of shares out on loan. The company is still subject to lengthy enquiry into the Marikana tragedy which occurred two years ago in South Africa.

German based chemical company K+S has attracted more short interest in the last week following the collapse of the potash pricing cartel recently. The company is the largest supplier of potash in Europe after the acquisition of Morton Salt. Short interest is up 42% to 8% of shares outstanding. 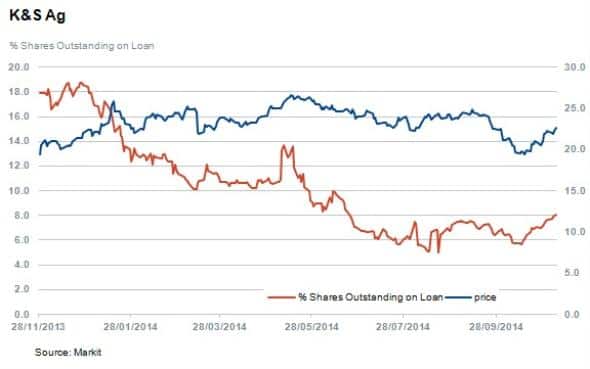 The last major movement in short interest in Europe is Banca Monte dei Paschai die Siena who was deemed to have the biggest capital shortfall in a health check conducted on banks by the ECB. Short interest has increased (albeit off a small base) significantly in the last month to 6% ahead of earnings.

In Asia, this week sees heavy earnings activity and as such 21 firms see a very high 6% or more of their shares out on loan ahead of earnings. 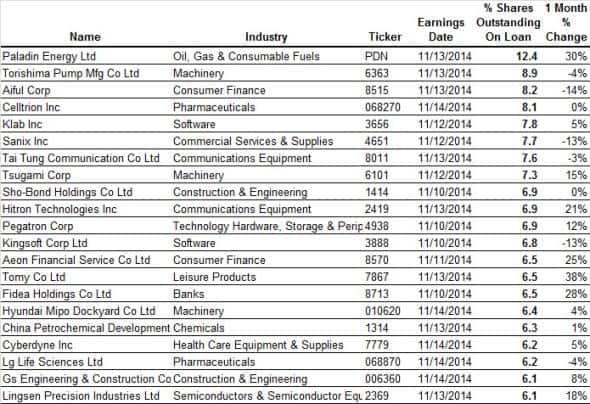 The title of the most shorted Asian company announcing earnings this week goes Uranium miner Paladin Energy which has 12.4% of its shares out on loan. While uranium has largely fallen out of favour as an energy source in recent years, the recent plunge in oil price worldwide will not help the case. Paladin has seen its shares dive in recent weeks, which short sellers have seized upon as short interest in the firm has jumped by 30% in the last month. Another firm to see a jump in short interest in the last few months is Torishima Pump whose short interest has surged since it revised its revenue and profit forecast figures down significantly in May. Short sellers have continued to have a heavy presence in the frim since then as Japanese growth proved elusive.

The largest jump in short interest in the month leading up to earnings goes to toy firm Tomy Co which has seen a 38% jump in demand to borrow after lowering its revenue guidance at the tail end of last month.

Outside of Japan and Australia, South Korean pharmaceutical firm Celltrion continues to see heavy short interest as it awaits FDA approval for a biosimilar drug. The firm has 8% of shares out on loan, a third higher than the level seen in January. 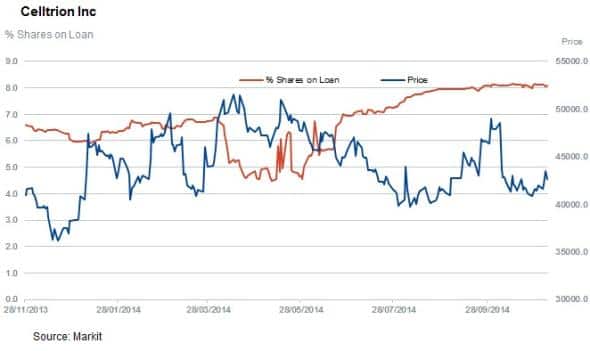