Recruitment activity in the UK rose again in September in a further sign of labour market resilience following the EU referendum. The number of staff placed in permanent jobs increased for a second consecutive month, having dipped sharply in July in the wake of the Brexit vote.

However, although rising, the rate of growth of the number of people placed in permanent jobs looks insufficient to help bring claimant count unemployment down, according to historical comparisons, highlighting the extent to which hiring has cooled since the start of the year. 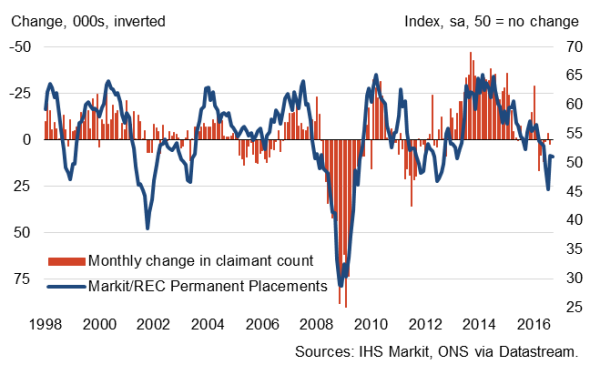 The latest data from the regular monthly survey of over 400 recruiters, conducted by Markit on behalf of the Recruitment and Employment Confederation, signalled a similar moderate pace of growth in permanent staff appointments to that seen in August, weaker than rates seen earlier in the year and below the survey's historical average. 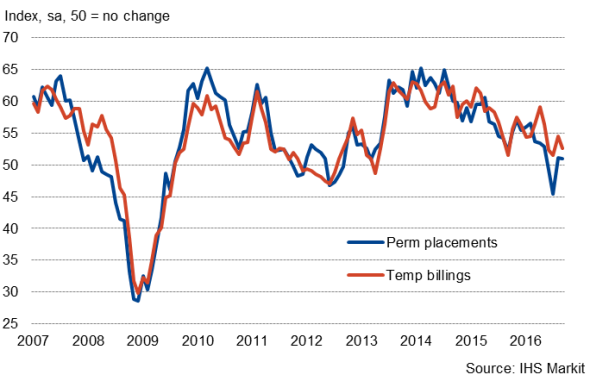 Marked regional variations were also evident. London saw a further marked drop in placement volumes, contrasting with rising numbers across the rest of the UK. The divergence is likely a reflection of uncertainty in the capital's financial sector in particular around Brexit's longer-term impact.

Agencies' billings from the employment of temporary/contract staff meanwhile rose further in September, albeit at a reduced rate.

Underpinning the latest growth of recruitment activity was a stronger rise in available job vacancies. Overall vacancy levels increased at the sharpest rate in three months, powered by strong expansion of private sector roles. In contrast, public sector demand for permanent staff fell further. This follows the news that public sector employment now stands at 5.33 million, its lowest level since official figures were first collected in 1999. 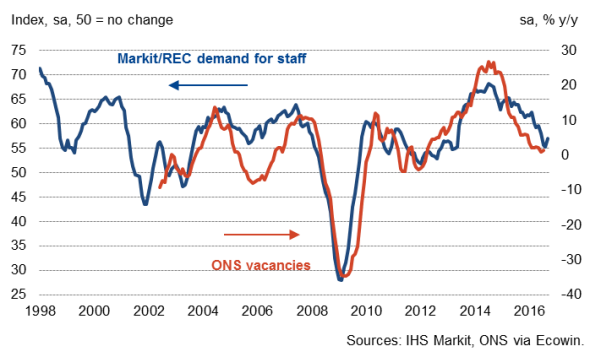 However, overall demand for temp staff is growing at a faster rate than that for permanent staff, suggesting perhaps a preference for flexible staffing in an uncertain economic environment.