After lurching back to life at the start of the fourth quarter, Japan's economy strengthened further towards the end of 2016. The December Nikkei PMI surveys showed the strongest growth rate since August 2015. Growing export trade was accompanied by improvements in domestic demand, though the upturn was marred by rising input prices.

The Nikkei Composite Output PMI, compiled by Markit, rose from 52.0 in November to 52.8 in December. The latest reading indicated an acceleration in the pace of business activity growth for the second consecutive month. The quarterly average rose from 49.6 in the third quarter to 52.0 in the last three months of 2016. The stronger reading suggests that the overall rate of economic growth will have accelerated in the fourth quarter from the 0.3% expansion seen in the three months to September. 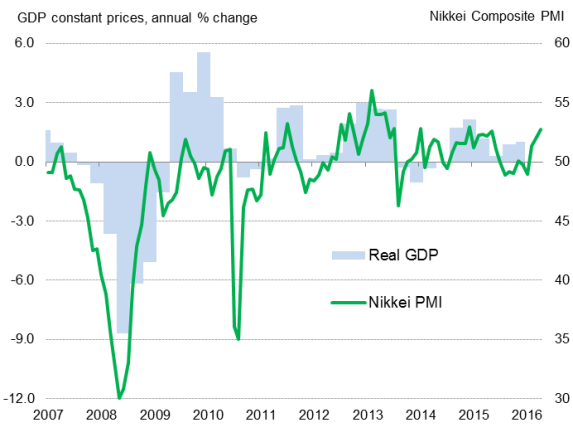 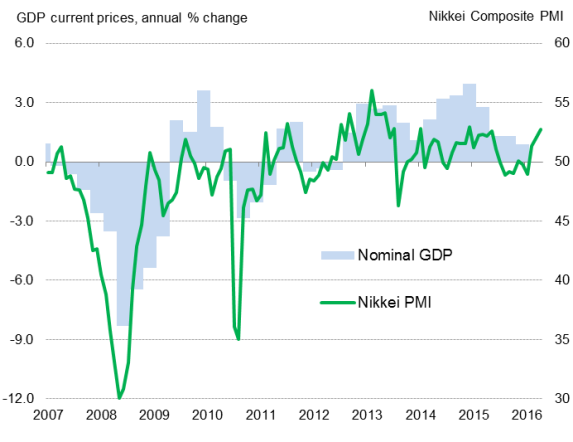 Improved export trade was again a driver of stronger manufacturing output, with new export orders rising for the fourth successive month in December.

While a weaker yen and improving international demand were partly responsible for export sales, the normalisation of supply chains (disrupted by earthquakes earlier in the year) has also contributed.

With Japan being an important supplier of intermediate and capital goods, often with few substitutes, in the region, the ongoing recovery in domestic supply chains has helped bolster the country's external economy.

Growth drivers were not limited to exports, however, with signs of improving domestic demand also seen. In particular, the upturn in services pointed towards an improvement in the domestic market, underpinned by the largest monthly increase in new business in nearly

Despite greater pressures on operating capacity, there was only a modest expansion in employment during December, with job creation driven by the manufacturing sector. That said, workforce numbers in the service sector stabilised at the end of 2016 after six months of job cuts. 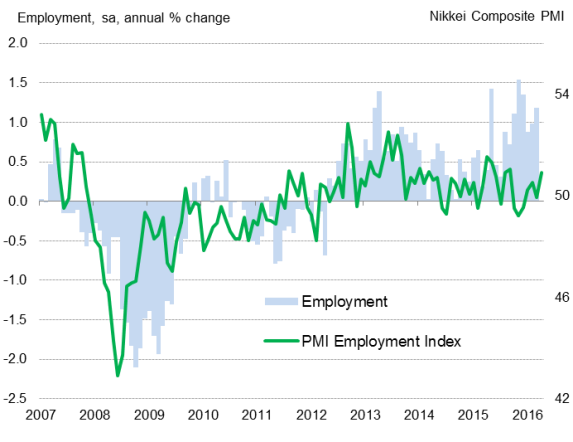 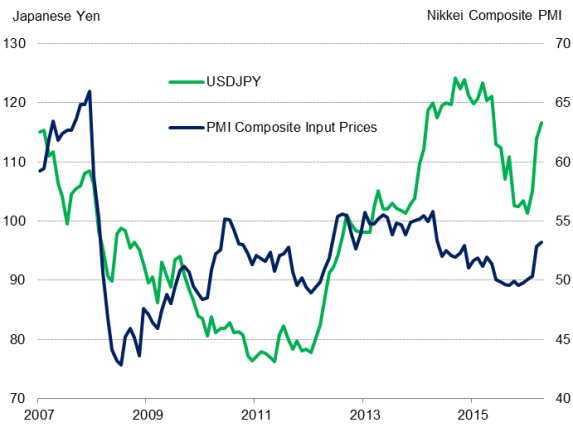 However, higher input costs were not fully passed on to clients as many businesses sought to remain competitive by maintaining selling prices or offering discounts. Although Japan saw a renewed decline in output prices during December, the rate of deflation was marginal, suggesting that charges have largely stabilised.

As a whole, the amalgamation of the brighter business outlook, higher commodity prices, wage inflation and a shortage in labour will likely stoke inflationary pressures. This will be welcomed by the Bank of Japan and the government.