The news went from bad to worse for Macau casinos yesterday when the Macau Gaming Inspection and Coordination Bureau released the monthly revenue numbers. The latest release saw October's total come in a staggering 23.2% lower than this time last year and marked the sixth consecutive monthly year on year revenue decline. Perhaps most worrying for Macau operators is the fact that the trend has accelerated in recent months In the face of this steady flow of disappointing earnings numbers, we have seen short sellers circle Hong Kong traded casino firms which are overwhelmingly exposed to Macau's once booming industry

Average short interest as a proportion of free float across the 19 gaming and casino shares which trade in Hong Kong has surged by 192% in the last 18 months. Current demand to borrow across these firms now stands at 2.6% of free float, just shy of the recent highs seen at the end of last week. 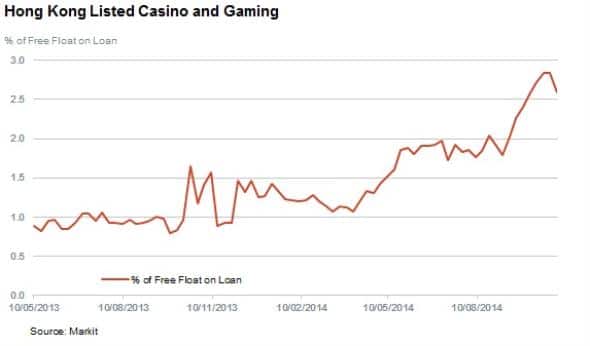 Perhaps not surprisingly, the appetite to go short these companies has only accelerated in recent weeks as the Chinese revenue numbers deteriorated.

This has proven to be canny move, as 16 of the 19 firms have seen their shares retreat since the start of the year. This almost unanimous price fall averages 20% across the sector.

Short seller's attention has mainly been focused on Wynn Macau. The Hong Kong-listed sister company of the US company which bears the same name sees just under 10% of its free float out on loan, making it by far the most shorted Hong Kong-listed firms.

The company's shares are down by just under a quarter year to date, owing in large part to the recent weakness which has seen analysts trim their revenue forecasts for the firm to roughly the same as the previous year. The recent downturn in the market has come at an unfortunate time for the firm as it has tripled its debt load to fund a large capacity expansion. 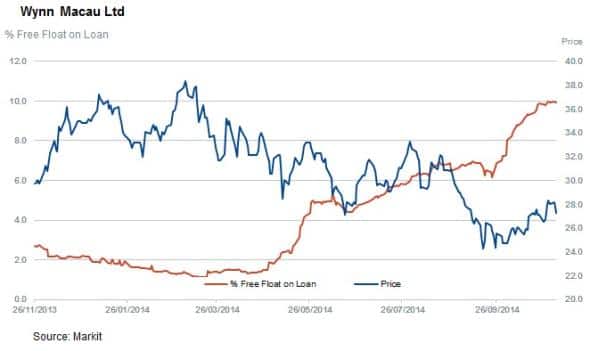 Beyond Wynn, the other six large Macau operators have all seen an increase in shorting activity in the last month as trading conditions worsened.

The largest operator in terms of market cap, Sands China, has seen the largest percentage jump in short interest with current demand to borrow one and a half times higher than a month ago. It's worth noting that while the percentage jump is significant, the absolute level of shorting activity is low with just over 1% of the firm's free float out on loan. 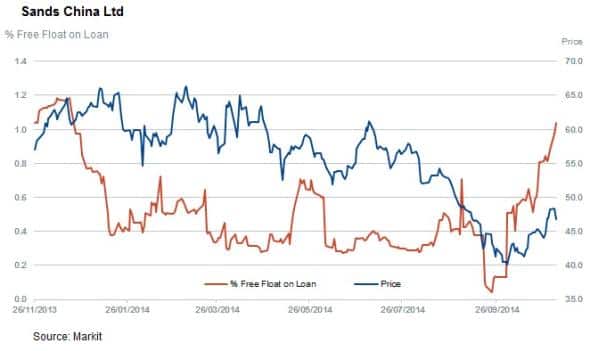 The third US operator, MGM China, also seems above average shorting activity with 2.8% of shares out on loan.

Among domestic companies, short sellers seem to be focusing their attention on Melco International and SJM Holding which have 7.2% and 3.1% of free float out on loan respectively. 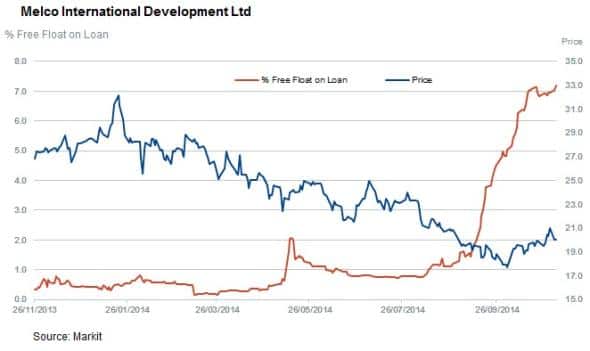 From the introduction of a blanket loan moratorium across #Asia to the ongoing liquidity squeeze in #Nigeria - see… https://t.co/NqyjBgPt2l

Struggling to deploy capital or unable to reduce frustration in your onboarding process? Turn to Onboarding Acceler… https://t.co/nRM4PFuY1n