UK business activity rose at an increased pace in September, fuelling greater job creation as companies shrugged off short-term Brexit worries and enjoyed the benefits of a weaker currency. However, confidence about the year ahead remains low amid widespread Brexit-related uncertainty, and inflationary pressures continued to build as the weak pound pushed up import costs.

A further rise in the Markit/CIPS 'all-sector' PMI from July's Brexit-vote low meant the economy finished the third quarter enjoying its strongest pace of expansion since January. The index rose from 53.2 in August to 53.7 in September, having slipped to 47.3 in July. 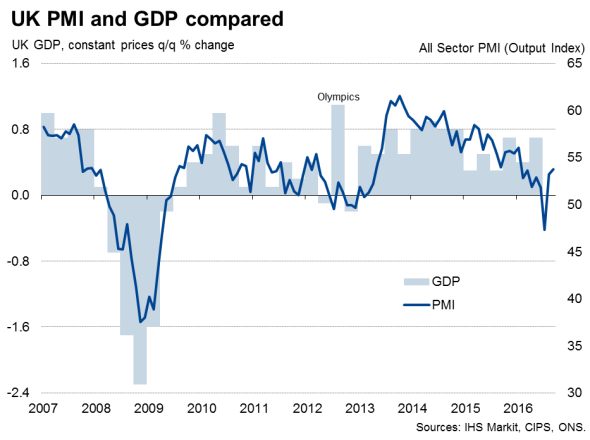 The improvement suggests the economy has regained a growth rate of approximately 0.3% after recovering from the initial shock of the EU referendum in late-June.

If July's low is included, the PMI surveys point to a mere 0.1% expansion of GDP in the third quarter, but this probably overstates the weakening in the rate of growth. It's clear, however, that the pace of expansion has cooled since the first half of the year, linked to ongoing uncertainty about Brexit.

Business optimism about the year ahead in the service sector rose slightly in September but was still at one of the lowest levels seen over the past four years. Many companies remain concerned about how Brexit might affect the business environment. Such a low level of optimism indicates that there's a strong risk of the pace of economic growth slowing sharply in coming months. 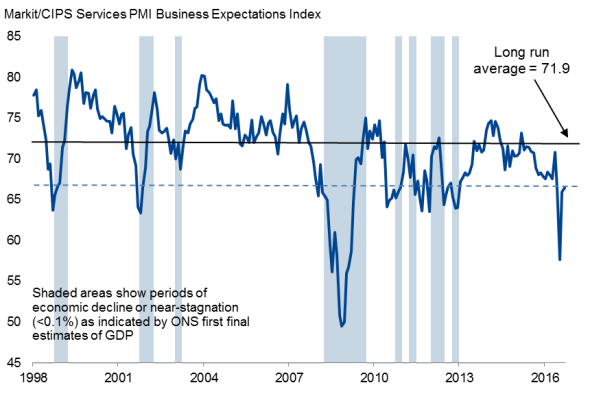 Companies have nevertheless reported that customer demand continued to pick up in September as longer-run Brexit worries were set aside, driving a broad-based expansion across the economy and encouraging firms to take on extra staff at the fastest rate since April.

The impact of the weak pound on boosting exports and encouraging foreign visitors to the UK was also clearly evident in the surveys. Manufacturing led the upturn by a wide margin. Factory output growth surged higher at the fastest rate since May 2014, buoyed by one of the largest increases in export orders seen over the past five-and-a-half years.

Service sector companies also reported a further recovery of activity from July's brief downturn. Although the rate of expansion slowed slightly, inflows of new business grew at an increased rate.

Construction meanwhile returned to growth for the first time in four months though, like services, the rate of expansion remained well below that seen at the start of the year. 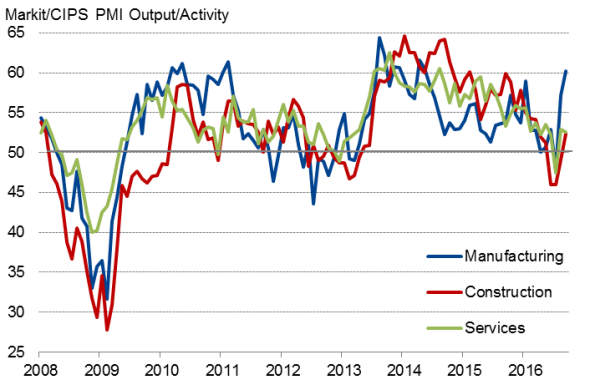 The flip-side of the weaker pound was also visible. More expensive imports pushed companies' costs up at the fastest rate since August 2011, feeding through to the largest monthly increase in average prices charged for goods and services since January 2014. 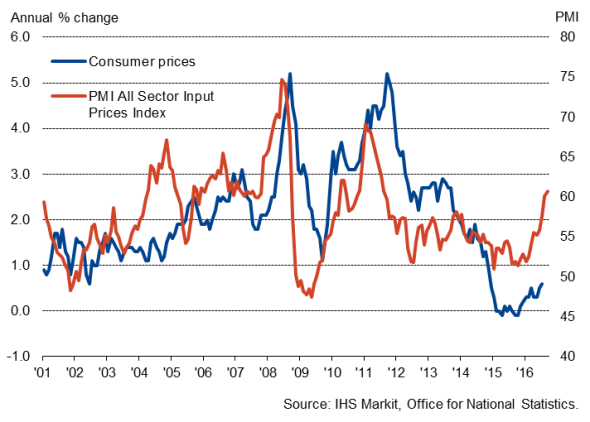 The survey results suggest that the economy has regained modest growth momentum since the EU referendum, with especially strong growth appearing in manufacturing. The risk of recession in the second half of 2016 has therefore all but evaporated, and the solid PMI readings for September will cast doubt on the need for any further stimulus from the Bank of England in coming months.

However, the surveys indicate that the rate of economic growth remains far weaker than seen earlier in the year, and optimism about the year ahead continues to run at a subdued level, reflecting widespread concern about the potential future impact of Brexit. As such, the economy remains vulnerable to further setbacks and the need for policy action later in the year cannot be ruled out. 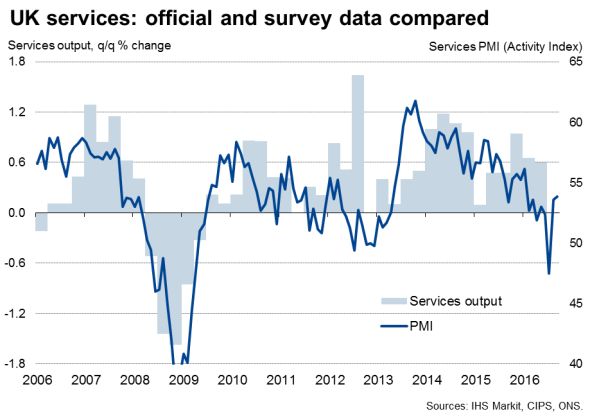 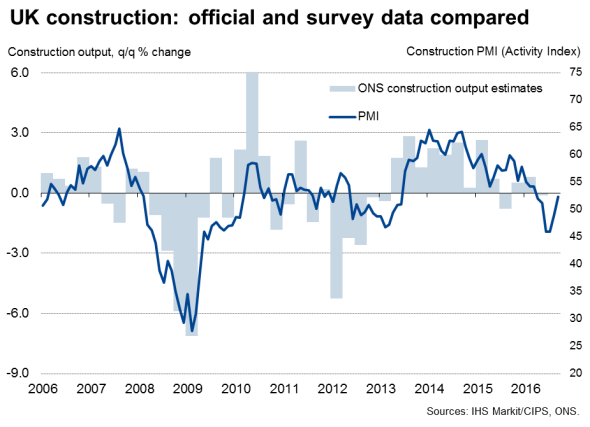 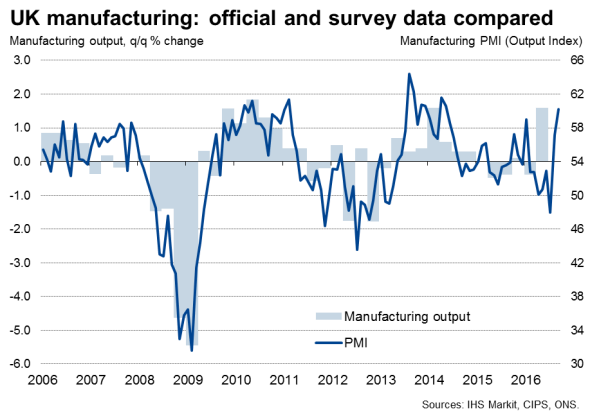