Strong growth of Singapore's private sector business activity in September signals that momentum in the economy has accelerated in the third quarter. Rising output and order book inflows continued to support economic activity, with a revival of export sales at the end of the third quarter a particular highlight.

At 52.9 in September, the Nikkei Singapore PMI rose for the second successive month to the highest since February of last year. 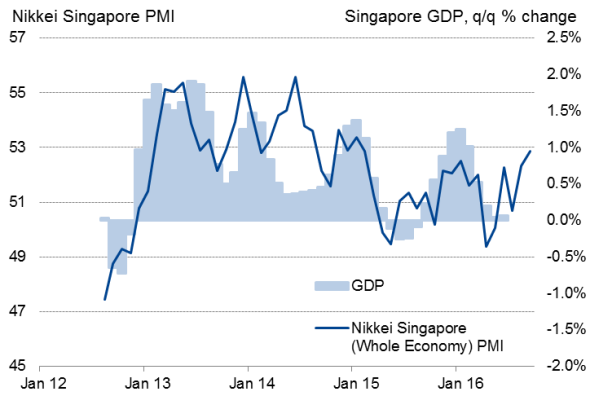 Production increased at the fastest pace since November 2015, driven by a strong upturn in new orders. The latest expansion in new business volumes was the largest since June 2014. Companies attributed the increase to stronger underlying client demand. 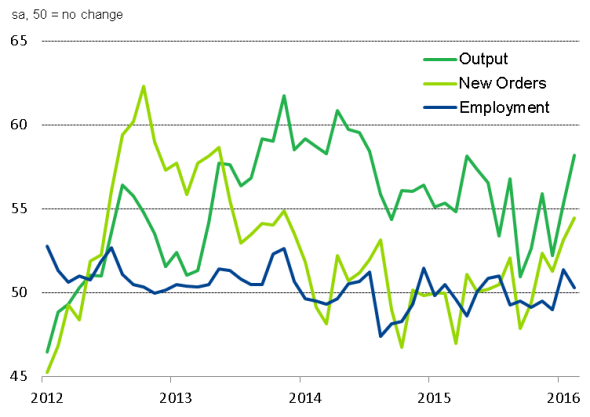 The rate of employment growth, however, has not yet responded to the increase in demand. September data indicated that staffing numbers grew more modestly than in August. The lower jobs growth can be partly linked to strong wage inflation, causing companies to monitor payrolls judiciously. The survey's Staff Costs Index signalled a sharp rise in average pay at the end of the third quarter. 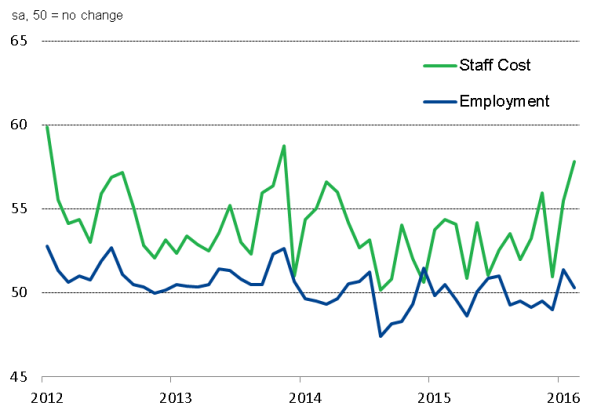 As a result, companies' operating capacities were further taxed, with outstanding work increasing at the fastest rate in the four-year history of the series.